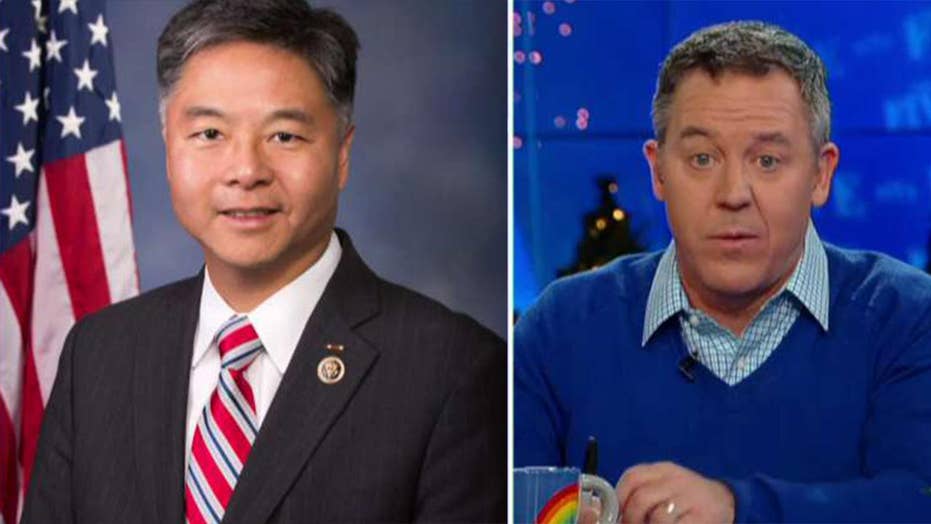 Rep. Ted Lieu says he would 'love' to regulate free speech but the First Amendment prevents him.

Last night Ted Lieu, a Democratic congressman from spoiler alert California, said that if he could, he'd restrict speech. You know, I believe him!

How nice of him! Thank you sir for giving a thumbs up for our right to free speech.

We were worried there!

But here's the thing Ted misses about threats to speech: it's coming from his side. Today, it's the leftists on campuses, shrill celebrities and nervous CEOs who seek to stop you from speaking your mind. Worse, they're also punishing you if you don't speak what's on their mind.

Use the wrong pronoun? You're toast.

"The point is that there are equities to be weighed, and we're here to have a conversation in a careful way, so I don't think we should have a debate in front of the press on this."

Trump insisted we see the sausage being made, and surprise -- the media sided with the pair who wanted to hide the sausage.

Funny. Trump's transparency scares the media, who pretended for so long to be about uncovering the truth. But that was only if the truth was what they believed.

Fact is -- when it comes to speech, you won't find a better role model than Trump. He won't shut up. And he's revived a dead mainstream media by giving them a simple business plan: bash Trump every day.

For eight years they were as frozen as boardwalk bananas and Trump finally thawed them out.