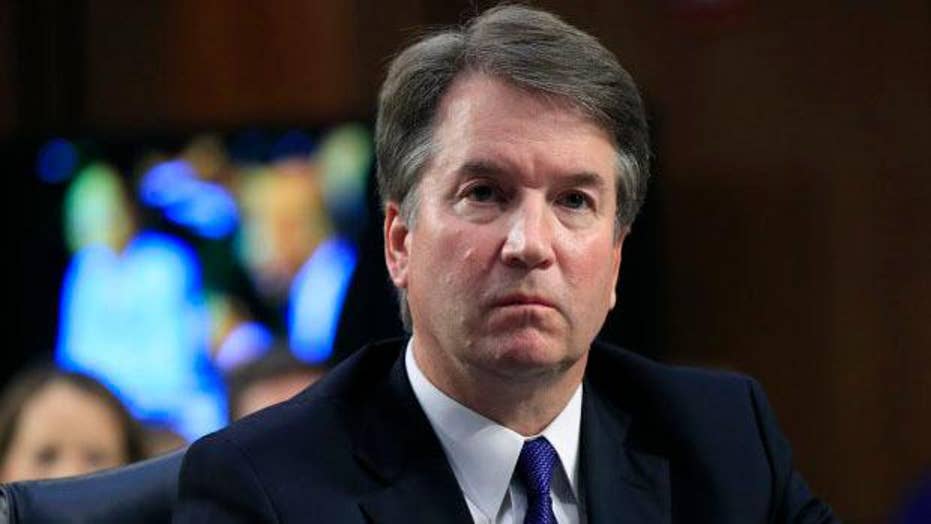 A woman who accused Justice Brett Kavanaugh of rape has admitted she made it all up.

When investigators confronted leftwing activist Judy Munro-Leighton, she admitted it was all just a "ploy."

To stop the nomination.

It nearly ruined a man and his family.

Which is easy to do, when one entire party rejects due process. All you need is a postcard to Dianne Feinstein. It’s easier than registering to vote.

Chuck Grassley has referred this creep for criminal prosecution - as well as Julie Swetnick, and her horrible lawyer Michael Avenatti  for also making false claims.

Now, it’s important that all of these people get what’s coming -- after due process, of course.

Because what they did to Kavanaugh, could be done to you.

It’s also despicable, how much press that the allegation got, versus the press it isn't getting now - once it's debunked.

Which it raises another question.

If the Dems actually believed in these charges, why aren't they pursuing them now? I mean, so what if he got confirmed? Why stop justice?  Why aren't they presenting evidence and witnesses?

Could it be they knew the charges were false from the start?

Could it be they were willing to stand by a false smear that would destroy multiple lives - just to score a political win?

You know the answer.

Remember it on Tuesday.