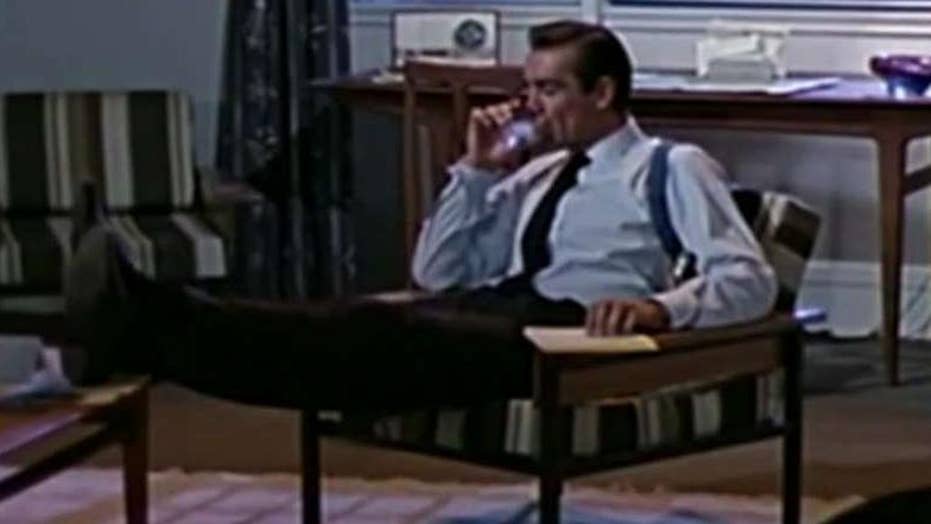 Is James Bond an alcoholic?

A new research study states that James Bond has a drinking problem. The study says that Bond engages in risky behavior surrounding his drinking.

James Bond is a drunk.

Yep, some British scientists sat through every single Bond movie in order to scold us about men who dare to drink. Turns out, he has four drinks per movie. And then engages in risky behaviors.

But guys: James Bond is a fictional character. He's not real!

What's next for you researchers?

Condemn Porky Pig for perversion since he never wears pants? Or criticize the Hulk because he keeps destroying his.

And while four drinks per movie sounds like a lot -- with fiction, time is different. A movie could take place over a month, or a year.

I once watched "Love, Actually" and it seemed like a lifetime!

So saying Bond is a drunk for having four drinks in a two-hour movie is like saying how awesome it is that we can get across the universe in a couple of hours because that's how long the last "Star Trek" movie lasted.

So what does this study tell us? Well, that some scientists are starved for attention. Which we gave them. And that the gender cops of academia are spreading their wet blanket across any behavior they deem masculine. And that's what Bond was.

So, what exactly do these people want?

Well, the folks at the Greg Gutfeld show have given you one: watch the video to see how that works out.