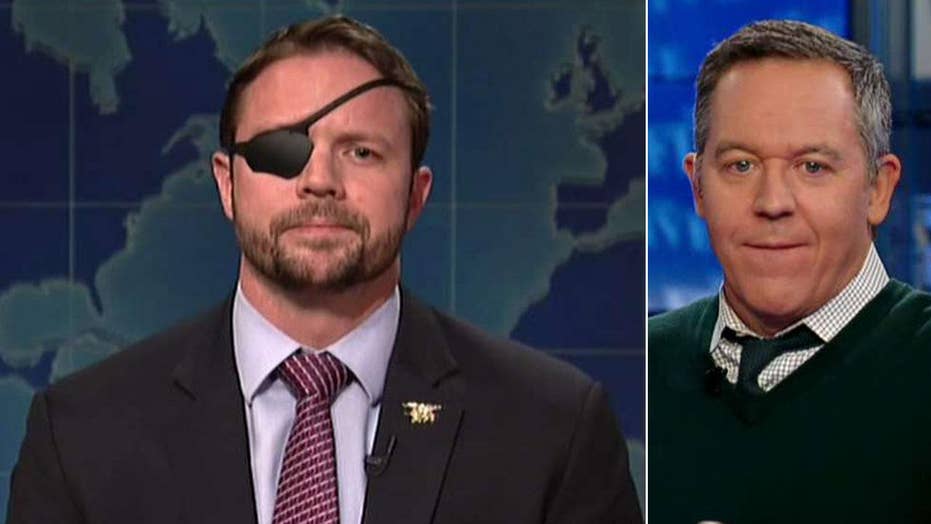 Congressman-elect Dan Crenshaw calls for unity on 'SNL' after being mocked by Pete Davidson.

“I made a joke about Lt. Commander Dan Crenshaw, and on behalf of the show and myself, I apologize.”

“It was a poor choice of words. The man is a war hero, and he deserves all the respect in the world.”

Now you need to remember that Crenshaw hadn't demanded an apology. In fact, he tapped the brakes on the always revving outrage machine. “I want us to get away from this culture where we demand apologies every time someone misspeaks,” he said. “I think that would be very healthy for our nation to go in that direction. We don’t need to be outwardly outraged. I don’t need to demand apologies from them.”

But SNL knew what it had to do to quell a PR nightmare.

Crenshaw: Thank you, Pete. I appreciate you saying that.

Pete: So are we good?

Crenshaw (commenting on a photo): This is Pete Davidson. He looks like if the meth from Breaking Bad was a person!

Pete: All right, not bad!

Yes, a face-to-face! So rare these days when we hide behind firewalls and lawyers. But SNL went further, giving Crenshaw the space to speak at length about veterans, and unity.

“Americans can forgive one another,” he said. “We can remember what brings us together as a country and still see the good in each other.”

“This is Veterans’ Day weekend. It’s a good time for every American to connect with a veteran. … Tell a veteran “Never Forget.” When you say “Never Forget” to a veteran, you are implying that as an American you are in it with them.”

So there were three winners here:

Crenshaw, for his reasonable response to a careless comment.

SNL for finding a clever way to clean up a mess.

And America, for being handed an honest-to-god blueprint for dealing with future outrages.

Instead of ramping up the rage, it dialed it back.

We've said it here before: it’s beyond time to stop chasing scalps, demanding apologies, only to then refuse them. Haven't we had enough of the mob, the constant indignation, the judgmental hordes of bored souls spoiling for a fight?

I know I have.

And it's all good.

And dare I say it, human.

Finally, a skit worth repeating.