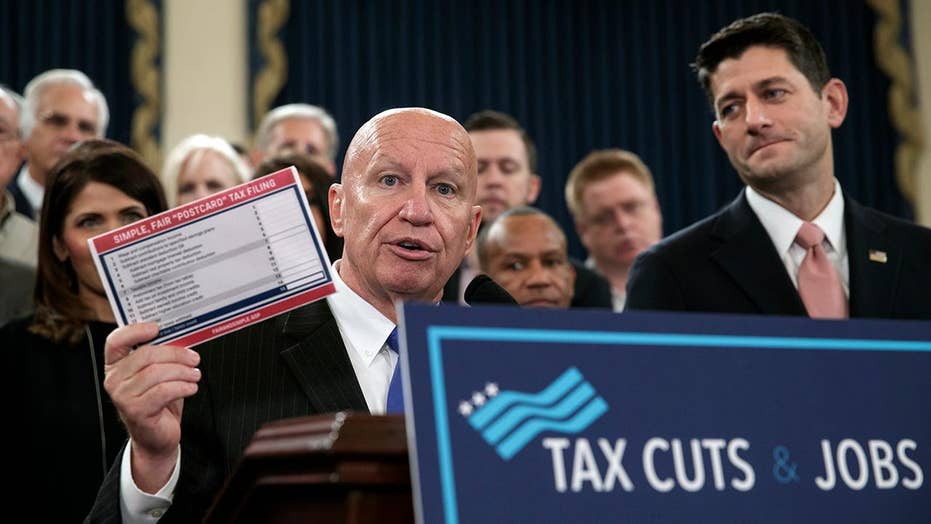 Does the GOP tax reform do enough for Americans?

After eight years of the slowest “recovery” in modern American history, we are now poised to create millions of jobs and move from our Obama-era 2 percent economic growth rate to our historic average of 3 percent growth and beyond. President Reagan’s growth rates were over 4 percent. We will match and likely surpass that.

Every decision was focused on “what creates the most jobs and income increases for Americans” and “how do we make this permanent,” so we do not have a repeat of the 2012 disappearing tax cuts, when the Bush-era tax cuts expired.

What would the GOP plan do if it becomes law?

It would double the standard deduction from $12,000 for a married couple to $24,000. This makes the claim by Democrats that this legislation raises taxes on middle-income Americans look foolish. Heck, even the Washington Post “fact checker” called out the Democrats for faking the numbers to suggest this is not a tax cut for the vast majority of Americans, in a story headlined: “Senate Democrats falsely claim GOP tax plan will raise taxes for most working-class families.”

The tax bill would also cut rates for all Americans. The new rates would be 0 percent, 12 percent, 25 percent, 35 percent and 39.6 percent. Yes, the top rate would still be the same as what we have now (all the others would be reduced), but it wouldn’t kick in until an income of $1 million for a couple.

The alternative minimum tax would be abolished. That was imposed in 1969 to hit 115 people and now hits several million.

Business taxes that are now at 35 percent for American companies – one of the highest rates in the world – would fall to 20 percent immediately. China is at 25 percent. Canada is at 15 percent. Britain at 18 percent. We are not now competitive in the world economy due to our high business tax. This bill would change that.

Manufacturing would rebound because the tax bill would allow businesses to expense all new business investment in the first year, rather than over a decade or more. That drops the cost of new investment in job-creating, income-enhancing technology.

The next step is to move the legislation through the House Ways and Means Committee, which should happen quickly because the members were part of writing the bill, and then through the full House.

The Senate, which would need to join the House in passing the legislation for it to go to President Trump to be signed into law,  has been involved in designing this bill from the start. As has the White House. That is why the House-Senate conference should be easier and shorter than usual and President Trump’s signature should be assured.

The president called the tax legislation “a great bill” when it was unveiled Thursday and said his administration is “working to give the American people a giant tax cut for Christmas.”

Yes, this is a tax cut bill. It is most importantly a job-creation, income-increasing bill.

It is also a powerful political move that will guarantee the GOP holds the House of Representatives and wins four or five additional Senate seats.

And keep in mind that every year the GOP holds Congress and White House there will be another tax cut. Four tax cuts in the next four years. So this bill is just a start. A very good start.