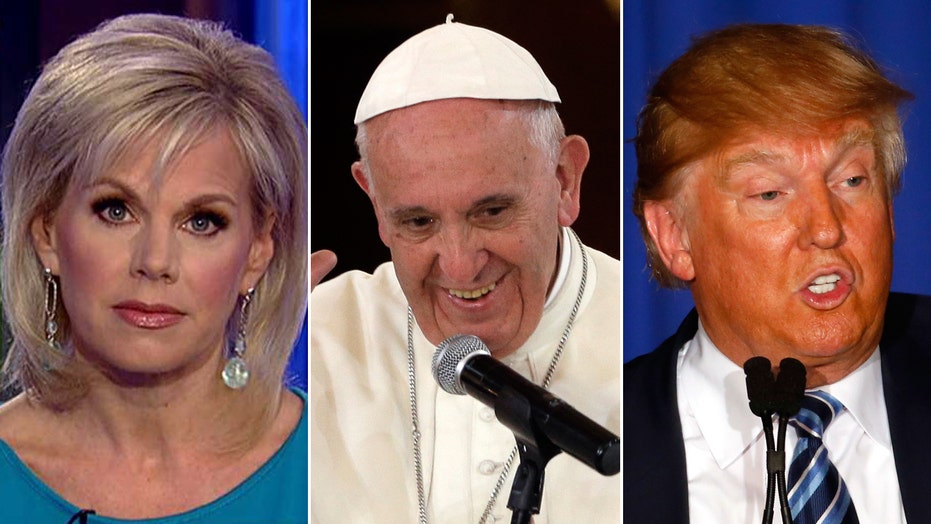 Gretchen's Take: Will dialogue with Pope help or hurt Trump?

Will the dialogue between the Pope and Donald Trump help or hurt the presidential candidate? Monmouth University polls have delved deep into the religion issue -- specifically looking into religious support for Donald Trump in the last few months and also views on the Pope preaching politics.

In a recent poll asking if the pope should stay out of politics, nearly half of Catholic Republicans were polled.

48-percent said the pope should keep his views on immigration to himself.

Yes those polls were before the recent exchange of comments -- but based on those numbers, one could assume any kind of dust up with the Pope on immigration will turn out to be a good -- not a bad thing -- for Trump. In addition, many American’s believe the Pope should stick to separation of church and state -- and stay out of politics.