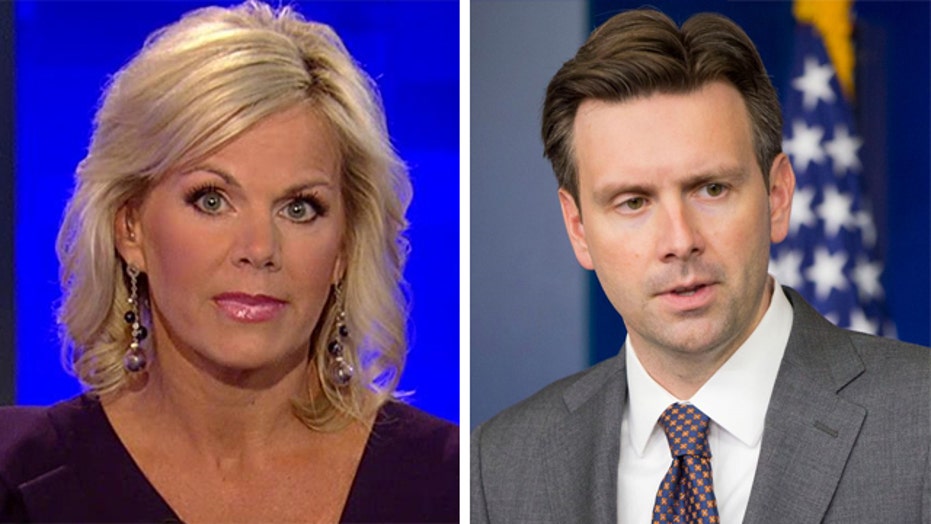 Gretchen's take: It's 'Hate to be Josh Earnest Day'

It's "Hate to be Josh Earnest Day" (that would be today). Not only did he have to respond to the Twitter hack of Centcom by apparent ISIS sympathizers on the same day President Obama was claiming our cybersecurity was safe. But then Ernest had to put his tail between his legs and admit that the administration should have sent a more senior official to the freedom rally in Paris Sunday.

Just now they're realizing this?! Earnest tried to brush off the president not actually going to Paris because of too many security concerns -- but obviously the message got back to the White House that the optics looked awful and when you have even Democrats saying they were embarrassed and ashamed, well, it was not a good day to be the president or Josh Earnest.

Benjamin Netanyahu, the Prime Minister of Israel, somehow made it to Paris. Talk about needing security!

Is this the lengths the administration will go to, to not have to admit that we still live with a War on Terror?