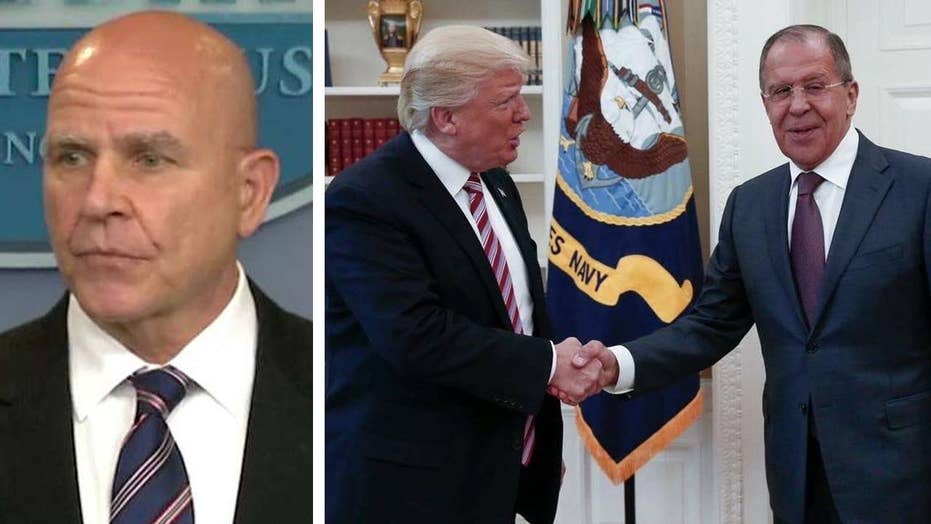 The newspaper ink was barely dry when Democrats began fulminating while the media convulsed.  Harvard Law Professor Alan Dershowitz earned the top hysteria award when he declared, “This is the most serious charge ever made against a sitting president!”   Puh-leeze.

Mania and madness seem to have gripped the nation’s capital, spreading like a plague of locusts.  Several deep breaths are in order.  Here are five reasons why it’s time to blow into a paper bag.

The Washington Post accuses President Trump of revealing more than he should have to Russia.  Specifically, that he divulged the city in ISIS-held territory where an aviation terror threat was detected.   But as President, he alone makes the decision to disclose classified material.  He is legally entitled to reveal it.  The President is the absolute authority on classified information.  He can declassify anything to further national security interests.  According to National Security Adviser H.R. McMaster, the named ISIS city was fairly obvious and “it was nothing you would not know from open-source reporting”.

For years, the U.S. and Russia have shared intelligence information dealing with common interests, especially terror threats and the fight against ISIS.  Recently, Russia has been the target of deadly aviation attacks by terrorists.  ISIS is believed to be behind the bombing of a Russian passenger jet in 2015, killing all 224 people on board.  So, it makes sense for the U.S. to share aviation intelligence warnings with Russia.  As McMaster said repeatedly, “it was a totally appropriate conversation” and a part of routine information sharing.

If you examine the Post story carefully, much of it is reaction from anonymous people who express their alarm at what President Trump disclosed.  Here’s an example from the Post story: “’It is all kind of shocking,’ said a former senior U.S. official who is close to current administration officials.”   But who are these “officials”?  How “senior” are they?   What branch of government?  How politically biased might they be?  Do they really know what they’re talking about? So, the Post story is mostly editorializing disguised as straight reporting.

Is there anyone who did not already know that terrorists were plotting to use explosives in laptops to bring down airlines?  The disclosure to the Russians doesn’t seem terribly revealing.  It has been widely reported for quite some time.  Seven weeks ago the U.S. government instituted a ban on laptops from airports in certain majority-Muslim countries.  Every major newspaper in America covered it.  This was the subject President Trump discussed with the Russian diplomats.

5.  THE LEAKERS COMMITTED A FELONY

Whoever leaked this classified information to the Post committed multiple felonies under the Espionage Act.  It appears that notes of the meeting were transferred to a computer, and the material was leaked from there.  Regardless, the person or persons who committed these acts should be prosecuted, once identified.  Why?  McMaster answered that question when he said, “national security has been put at risk” by the leaks.  But the fact that no one seems concerned that crimes were perpetrated… underscores just how dysfunctional politics and the media have become.

Sadly, Americans have grown accustomed to an unhealthy psychopathy in Washington. Let’s hope it’s not terminal.