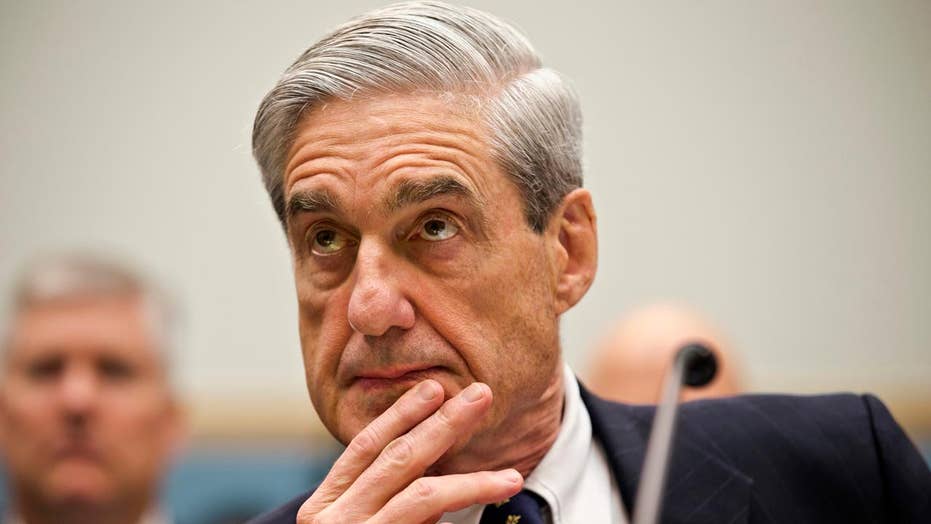 Who is special counsel Robert Mueller?

Former FBI Director Robert Mueller has been appointed as special counsel to investigate ties between Russia and the 2016 election. But who is Robert Mueller?

Robert Mueller has a serious conflict of interest that should disqualify him from serving as special counsel.

He has had a long and close relationship with someone who will surely become a pivotal witness –James Comey.

No one doubts Mueller’s sterling credentials.  That is not the issue. He is eminently qualified.  The problem arises in his duty to fairly and objectively evaluate the evidence he gathers.

How can Americans have confidence in the results if they know the special counsel may harbor a conspicuous bias?  They cannot.  The conflict inevitably discredits whatever conclusion is reached.  It renders the entire investigatory exercise suspect, and it only elevates the controversy surrounding it.

For this reason, Mueller should not serve as special counsel.

The law governing the special counsel (28 CFR 600.7) specifically prohibits him from serving if he has a conflict of interest in the case.  The rule has been interpreted to mean that even the appearance of a conflict is sufficient for disqualification.

A conflict of interest is a situation in which an individual has competing interests or loyalties.  The conflict itself creates a clash between that individual’s self-interest or bias and his professional or public interest.  It calls into question whether he can discharge his responsibilities in a fair, objective and impartial manner.

Identical rules govern prosecutors who, for example, must recuse themselves from handling a case against a person with whom they have worked or had a personal relationship.  The same would be true if a prosecutor had a close relationship with a witness in the case.  The prior association raises the real or perceived possibility of prejudice or favoritism which is contrary to the fair administration of justice.

So what exactly is Mueller’s conflict?  He and Comey are good friends and former colleagues who worked hand-in-hand at the FBI and Department of Justice. Agents will tell you they were joined at the hip.  They stood together in solidarity, both threatening to resign over the warrantless wiretapping fiasco involving then-Attorney General John Ashcroft in 2004.

Comey regards his predecessor as a mentor, while Mueller considers Comey his protégé.  When Comey was appointed to succeed Mueller as FBI Director, both men appeared together and were effusive in their praise of one another.  Their relationship is not merely a casual one.  It is precisely the kind of association which ethical rules are designed to guard against.

Pursuant to his appointment, Mueller has been directed to investigate “any links and/or coordination between the Russian government and individuals associated with the campaign of President Donald Trump.”  But that’s not all.  He is empowered to investigate “any related matters”.  Those last three words are important because they allow the special counsel unfettered discretion to expand his probe in almost limitless directions.

Mueller’s investigation of alleged campaign collusion with the Russians will inexorably involve President Trump’s former National Security Advisor, Michael Flynn, who was fired after his controversial meeting with the Russian Ambassador to the U.S.  The FBI interviewed Flynn about his meeting and there have been questions raised about Flynn’s other Russian contacts.

This is likely what prompted President Trump’s private meeting in February with then-FBI Director James Comey in which the president is alleged to have asked Comey to end the Flynn investigation.  The words reportedly used by Mr. Trump hardly constitute an attempt to obstruction of justice, but that has not stopped Democrats and the media from declaring it a crime.

So it is clear where all of this is headed.  Mueller’s probe will morph into an investigation of the Trump-Comey meeting to determine whether the president tried to obstruct justice.  It will become a case of “he said…he said”.   Which man will the special counsel believe?  His good friend or the man who fired his good friend?  How can Mueller fairly and impartially assess Comey’s credibility versus Trump’s?

There is also the fairness of the broader investigation to consider.  It is reasonable to assume Mueller was not pleased to see Comey canned.  Any animosity which the special counsel may bear could influence the course of his overall investigation into potential wrongdoing by President Trump and his associates.  He may be tempted to conjure criminality where none really exists.

Even if Mueller takes pains to avoid partiality, how can anyone be assured he will succeed?  Even impeccably honest people can be subject to influence in ways they don’t even recognize themselves.  It is the human condition.  Which is precisely why there are legal and ethical rules which demand recusal based on prior relationships.

If Robert Mueller truly embraces a fidelity to the law and all its attendant principles of ethics, then he should disqualify himself from serving as Special Counsel.

Anything less threatens to subvert the rule of law and the trust Americans must have in their system of justice.