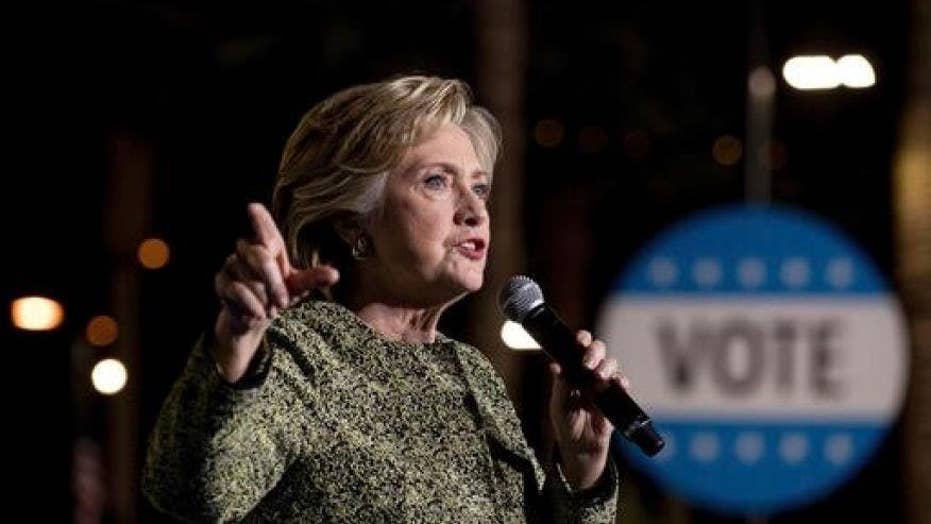 “Pig-Pen” and his perpetual cloud of dirt.

It follows him wherever he goes and engulfs whatever he does.  The beleaguered character in the comic strip “Peanuts” cannot seem to rid himself of the dirt, despite his best efforts. At times, he seems oblivious to the cloud. Or in denial.

Remind you of Hillary Clinton?  Metaphorically, that is.

It’s one ignominious incident after another.  And all of them are of her own making.

Clinton tends to stretch the bounds of propriety, dangling her foot over the legal lines.  And her actions beckon political calamity. Thus, the interminable cloud.

But why? Doesn’t she ever tire of the swirling dust and dirt? Her critics claim she feels entitled or driven by greed.

You’ve heard the other claim: that laws are a mere nuisance which don’t apply to her.

Most people shaken by scandal, dial it back. But the hits keep on coming for Clinton.

She’s been likened to a runaway train that can’t (or won’t) activate its brakes.  Whatever her reasons, the non-stop drama of controversies have taken a toll:  67 percent say Clinton is lying about how she handled her emails, and two-thirds believe she is downright dishonest.

Her latest scandal kicks up dirt on the FBI for its bewildering (see also, “stupefying”) decision to recommend that Clinton not be criminally prosecuted under the federal Espionage Act for mishandling classified documents and jeopardizing national security as Secretary of State.  It seems that Clinton’s close friend shoveled truck-loads of money to the wife of the FBI deputy director overseeing the agency’s investigation of Clinton.

Virginia Governor Terry McAuliffe was the money man.  Through political groups he controls, he saw to it that Dr. Jill McCabe received more than $ 675,000 for her state senate race, according to The Wall Street Journal.  It just so happens that her husband, Andrew McCabe, is second in command at the FBI and, as such, likely played a key role in allowing Clinton to escape criminal prosecution.  No one has yet proven that Clinton’s fingerprints are on the bags of money.  But her longtime friend and ally, Gov. McAuliffe, doesn’t deny he engineered the cash.

A little history lesson is in order.  McAuliffe was Bill Clinton’s chief fundraiser back in the day.

He’s a guy who had the magic touch with money.

He could conjure up hundreds of millions of dollars without breaking a sweat.

He personally secured the loan so Hillary and Bill could buy their 11 room Dutch colonial in stately Chappaqua, New York.

Since money is the mother’s milk of politics, he’s a nice friend to have when you get in a jam.

The biggest jam of Hillary Clinton’s life was (and is) the email scandal.  More than 2,000 classified documents were found on her personal server in the very home McAuliffe helped her buy – clearly an unauthorized place under the law.

She was facing an indictment for serious crimes which would end her bid for the presidency.  Even worse, if convicted she might well be residing in a prison instead of the White House.

Did McAuliffe come to Clinton’s rescue yet again? Is that what the cash to Dr. McCabe was really for? To influence her husband’s investigation of Clinton? Dirtier things have happened in politics.

The FBI issued a statement denying corruption by insisting that McCabe did not begin his oversight of the agency’s investigation of Clinton until after his wife’s campaign ended.

We are supposed to accept that when he was head of the Washington field office (and later when he was promoted to the agency’s number 3 position) he had nothing whatsoever to do with the criminal probe? Hard to believe.

And even if that is true, what difference does it make that his wife’s campaign had ended? She still got the money. She was still beholden or grateful to Clinton’s close friend and the Democratic party for their financial support of her, wasn’t she?

As her husband, Deputy Director McCabe can hardly be described as  an indifferent bystander.  Spouses tend to support one another. That is exactly why ethics advisers at the bureau told him to recuse himself from public corruption cases during his wife’s senate race.

The conflict of interest is glaring. But that conflict does not suddenly and magically end at the conclusion of his wife’s campaign.

At the very least, the appearance of impropriety should have been enough for McCabe to disassociate himself from the criminal investigation of Clinton. Moreover, FBI Director James Comey should have demanded it. That they declined to do so adds even more suspicion to those who believe “the fix was in” not to prosecute her.

At least 5 people received immunity in connection with the case.  Others took the Fifth.

Clinton herself couldn’t manage to recall much of anything during her relatively brief interview with the FBI. Her name and date of birth seemed about all she could add to the discussion.  It’s a wonder she even remembered being  Secretary of State.

Days later, Director Comey held a news briefing in which he laid out a case of how Clinton was grossly negligent under the Espionage Act (although he called it something else –“extremely careless”), but announced he would recommend to the Department of Justice no prosecution.  FBI agents and lawyers were furious, according to reporting by Fox News.

Comey’s decision makes no legal sense… which only fuels the belief that something or someone else triggered the outcome.

All along Clinton seemed confident she would not be criminally charged. Did she know something we didn’t know?

The strange case of the McCabes may hold the answer. Or maybe it is only one of several political machinations that were brought to bear.

The whole sordid episode is just another chapter in the cloud of dirt and scandal that hovers over Hillary Clinton.

It never goes away.