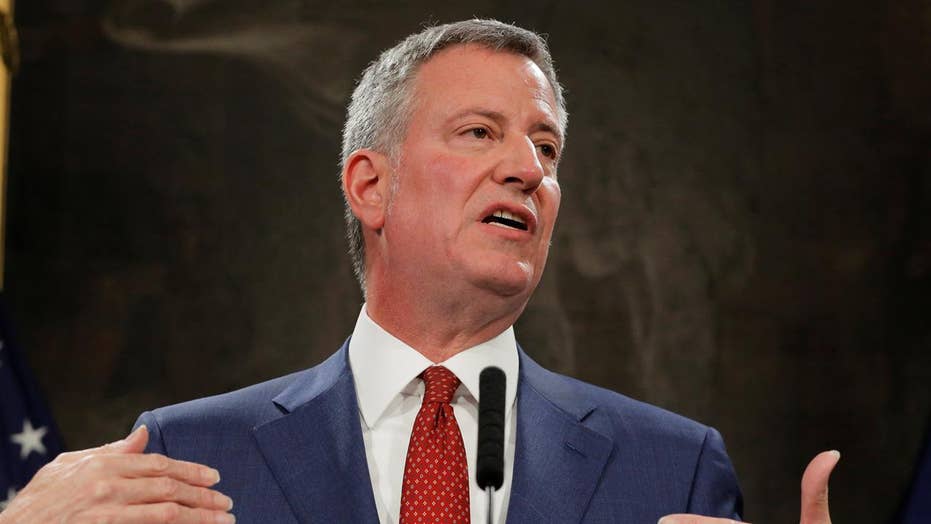 Sessions' announcement that the White House is serious about cutting off funds from cities that protect illegal immigrants from federal deportation was met with bluster and defiance from big-city mayors. But when push comes to shove, they may find the courts ultimately side with President Trump.

For now, it is worth cutting through the posturing and considering how we got here - and what the law actually says.

What Is A “Sanctuary City”?

More than 300 cities and counties have sanctuary policies.  For some, it is simply a political statement.  They have taken no real action to give sanctuary to people who are there illegally.

But other cities like San Francisco actively protect illegal immigrants. They refuse to turn over people who committed low-level crimes to federal agents for deportation. And when ICE asks for a “hold” on a prisoner, the city ignores it. Often they walk free.

That is what led to the tragic shooting death of Kate Steinle in July of last year.  Juan Francisco Lopez Sanchez of Mexico was in the U.S. illegally. He had 7 felony convictions and was deported 5 times. He kept slipping back through our border, seeking refuge in the safe haven of San Francisco.

Sanchez was in the custody of the San Francisco Sheriff on drug charges when ICE issued a detainer for him requesting that he be held until the feds could pick him up. Instead of handing him over, the Sheriff followed the city’s sanctuary policy by ignoring immigration authorities.  He opened the jail doors setting the prisoner free. Sanchez then shot Steinle to death as she was walking with her father on a San Francisco pier.

Steinle’s death ignited opposition to sanctuary cities. During his successful presidential campaign, Trump cited her case specifically as he vowed to end the practice of giving sanctuary to criminals who are here illegally.

Giving Sanctuary Is Against The Law

President Obama refused to take action against cities like San Francisco that shield illegal immigrants even after arrests or criminal convictions. He deliberately ignored existing federal law. The Illegal Immigration Reform Act of 1996 requires states and municipalities to cooperate with federal authorities on immigration requests:

“A state or local government entity or official may not prohibit, or in any way restrict… sending to, or receiving from, the Immigration and Naturalization Service information regarding the citizenship or immigration status, lawful or unlawful, of any individual.”  (8 U.S. Code, section 1373)

That same law allowed President Obama to withhold federal financial support from those cities that continue to thwart the law.  Yet, he took no action. If he had, perhaps Kate Steinle would be alive today.

Even Obama’s own Justice Department seemed aghast at the then-president’s refusal to enforce the law. The DOJ’s Inspector General issued a report concluding that the policies and practices of sanctuary jurisdictions violate federal law and they are, therefore, ineligible for federal funds. The Supremacy Clause of the U.S. Constitution gives primacy to federal law over contrary state or local laws. Did any of that matter to President Obama?  Obviously not.

Already, sanctuary cities are searching for a loophole in the specific wording of the statute.  They claim that simply declining to honor ICE detainers is not the same thing as a refusal to “send or receive” information.  Wrong.  Detainers require a response from local law enforcement.  Refusing or restricting a response is clearly covered in the statutory language.

President Trump, even before Sessions' explicit warning, had promised to take a different course than his predecessor, vowing to withhold federal dollars from cities that protect people who are here illegally. What would that mean? For a large metropolitan area such as San Francisco, it could lose hundreds of millions of dollars in federal money upon which it relies.

Politicians love to take public stands on their idealistic principles, however misguided they may be. Until, of course, you hit them in the wallet. When faced with budgetary catastrophes like the loss of millions of dollars, they often exhibit a sudden change of heart. Funny how that works.

If the carrot and stick approach fails to force city officials to abide by the law, perhaps President Trump should begin charging people with crimes.  He can do so under another federal statute which makes it a felony to shield someone who is here illegally:

"Any person who, knowing that an alien has come to the U.S. in violation of law, conceals, harbors, or shields from detection such alien in any place, including any building… shall be imprisoned not more than 5 years.”  (8 U.S. Code, section 1324)

Five years behind bars might give city officials pause to rethink their sanctuary philosophy. But there’s an added punishment written in the law: if someone dies because a city official decided not to comply with federal law, as in the Steinle case, the maximum penalty is life behind bars. I’m pretty sure that’ll get the attention of some sheriffs, police chiefs and mayors.

Whether President Trump and his Department of Justice will decide to criminally prosecute city officials who thumb their noses at federal law is unknown. How many innocent victims like Kate Steinle have to die before people realize that most laws exist for a reason –to protect citizens.

I have a feeling that Ronald Reagan might have done it. Maybe President Trump will channel his inner-Reagan and make the right decision.

If he doesn’t, how can he call himself the “law and order" president?