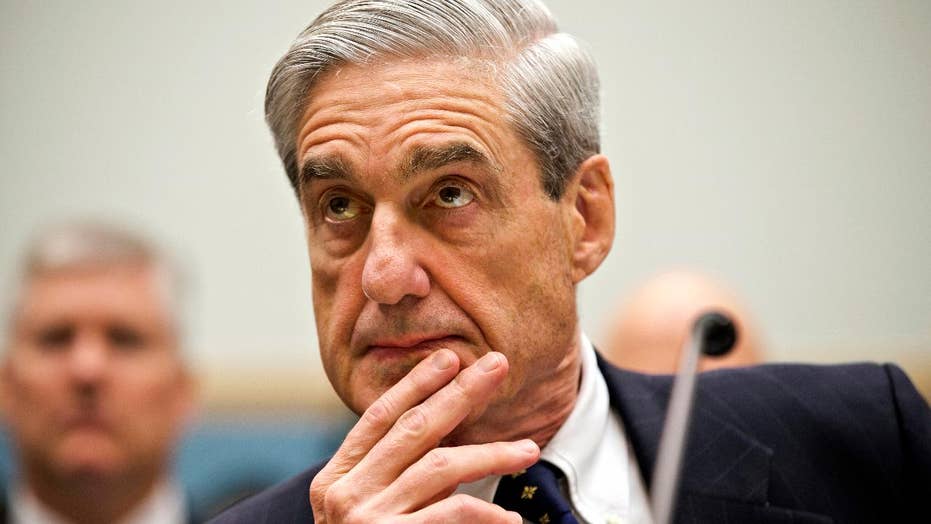 Special Counsel Robert Mueller has sabotaged his own investigation of Russian meddling into the 2016 election. He has only himself to blame for ruining what could have been a credible probe.

As I will document below, Mueller deliberately assembled a team of partisans with a history of political bias who appear determined to undo the results of the 2016 presidential election and drive President Trump from office.

Because Mueller improperly stacked the deck of his special counsel staff with biased crusaders, he transformed what was supposed to be an impartial investigation into an illegitimate and seemingly corrupt one.

To restore integrity, Attorney General Jeff Sessions should un-recuse himself from the case for the limited purpose of cleaning up Mueller’s mess. There is no law that prevents the attorney general from doing this.

Sessions should remove all of the partisans on the special counsel staff and replace Mueller with someone who can bring a measure of neutrality and objectivity to the matter. This is vital as a matter of justice and simple fairness, and would give Americans trust and confidence in the outcome of the investigation.

There are plenty of highly skilled and qualified lawyers across America who have no particular political ax to grind. Mueller could have – and should have – hired them for his special counsel team to gather and evaluate evidence in a neutral and objective manner. Had he done so, his investigation would be regarded as fair and honest.

Mueller chose to do just the opposite – a clear indication of his improper bias.

Mueller also selected from the ranks of the FBI an agent by the name of Peter Strzok to serve as his top investigator. Strzok has since been exposed for his numerous texts disparaging President Trump and supporting Democratic presidential candidate Hillary Clinton.

While Strzok was removed from the special counsel case in July, Mueller, the FBI and the Department of Justice spent months covering up the true reason behind the agent’s departure.

But Peter Strzok is not the Lone Ranger.

Eight of the lawyers on the special counsel staff are Democratic donors. Five of them gave money to the campaign of Hillary Clinton. Some have connections to Clinton’s associates and the Clinton Foundation. This cannot be a mere coincidence –it must have been by design.

It is no surprise that Mueller would be capable of unscrupulous maneuvers. After all, he maneuvered himself into the job of special counsel despite two disqualifying conflicts of interest, which he ignored with impunity.

First, Mueller had the audacity to accept his current position one day after being interviewed by President Trump for the job of replacing fired FBI Director James Comey. During the interview, Mueller never told Trump that he was considering investigating the very man who was sitting across from him posing questions. This was deceptive and dishonest.

How could Mueller take command of a special counsel probe that involves, in part, the president’s firing of Comey when Mueller was directly involved in the aftermath of that firing?

How could Mueller take command of a special counsel probe that involves, in part, the president’s firing of Comey when Mueller was directly involved in the aftermath of that firing?

This conflict was so obvious and acute that Mueller should have refused to accept the appointment as special counsel the next day when it was offered to him by Acting Attorney General Rod Rosenstein. Unless Mueller had an ulterior motive.

Ask yourself: Is it fair or ethical for a person who was passed over for a job to suddenly reverse course to investigate the man who declined to give him the job? Or was this Mueller’s plan all along?  Did he devise a devious scheme to gather evidence from Trump that he could then use as special counsel, while pretending to be interviewing for the job of FBI director?  It certainly looks that way.

Second, Mueller’s longtime close relationship to Comey, who is obviously a pivotal witness in any potential obstruction of justice case, presents yet another blatant conflict of interest.

As I explained in previous columns, the special counsel statute requires Mueller to recuse himself if he has “a personal relationship with any person substantially involved in the investigation or prosecution.”

The statute then defines the term “personal relationship” as a “friendship … normally viewed as likely to induce partiality” (28 CFR 45.2).

The Mueller-Comey friendship is well-documented and indisputable. The two have long been friends, allies and partners in what has been described as a mentor-protégé relationship. Yet Mueller rejected the law and his ethical duty. Under the Code of Professional Responsibility, even the appearance of a conflict of interest is forbidden.

One cannot help but wonder whether Mueller is determined to exact retribution for the firing of his friend. Did Mueller deliberately stack his staff with investigators who have corrupt motives and would be more than willing to manufacture a prosecutable crime – even though the president was empowered to remove Comey in the discharge of his constitutional duties?

Even more suspicious is Comey’s admission under oath that he leaked confidential memorandums to the media for the sole purpose of triggering the appointment of a special counsel who turns out to be his friend and mentor.

As former federal prosecutor Sidney Powell writes in a recent column, one can surmise that Mueller, Comey and Rosenstein (who previously worked for Mueller) “hatched this plan for Mueller to be special counsel – if not prior to Comey’s termination, then immediately after it”.

Once Mueller seized the reins of power, he summoned the equivalent of a “hit squad,” as Powell describes it.

Andrew Weissmann – one of the top prosecutors working for Mueller on the Russia investigation – has clear anti-Trump sentiments. These were also revealed this week in the form of an email obtained by Judicial Watch.

After Acting Attorney General Sally Yates defied a direct order from President Trump to defend his newly issued travel ban, Weissmann sent her a message:  “I am so proud… and in awe. Thank you so much. All my deepest respects.”

Weissmann is a notorious lawyer known for abusive tactics. He has a reputation for weaponizing the law in a ruthless and often unprincipled quest to convict. He has been accused of hiding evidence and threatening witnesses. Innocent people have been victimized by him. His biggest cases were reversed by higher courts.

As a federal prosecutor, Weissmann drove the accounting firm Arthur Anderson out of business, costing tens of thousands of people their jobs, only to have the convictions reversed unanimously by the U.S. Supreme Court. The legal smack-down by the high court underscores what a wrongful prosecution he pursued.

But Weissmann was undeterred. He went after Merrill Lynch executives, putting them behind bars and destroying their lives, only to have that case also reversed – this time by the 5th U.S. Circuit Court of Appeals.

All of this should have been enough for Weissmann to be banished forever from the Department of Justice. But Mueller came to the rescue by hiring him as general counsel at the FBI. Weissmann eventually made his way back to the Justice Department as head of the Criminal Fraud Division in the Obama administration.

When Mueller became special counsel in the Trump-Russia investigation, he immediately turned to his old “pit bull” of a prosecutor, Weissmann, who joined the team.

It is hard to fathom that Mueller did not know of Weissmann political bias. A quick public search would have revealed that Weissmann contributed generously to both the Democratic National Committee and the Obama presidential campaign.

Any vetting by Mueller would also have revealed Weissmann’s close ties to Hui Chen, whom he hired at the Justice Department. As I pointed out in a recent column, her Twitter account is filled with hundreds of anti-Trump tweets. While working for the government, she proudly posted a photograph of herself outside the White House wearing an orange “Resist” jacket during a Trump protest.

The inspector general at the Justice Department must obtain and review all of Weissmann’s electronic messages while at the department to determine whether he exchanged anti-Trump emails and texts with Chen or others. Since Weissmann’s message to Yates has been uncovered, there are likely more.

Mueller also brought to his team another partisan, Jeannie Rhee, who was a partner with Mueller at the law firm WilmerHale. Rhee’s job is to decide whether President Trump obstructed justice by firing Comey.

This hiring of Rhee is especially brazen, since she defended Hillary Clinton’s foundation in a civil racketeering case and donated $5,400 to Clinton’s campaign. Let’s consider the implications of this.

Rhee is now in a position to bring a prosecution against the person who defeated the candidate she supported and defended. It was a shamelessly bold hire by Mueller, given how obvious a conflict of interest Rhee has.

The Clinton connection doesn’t end there. Rhee worked for a time under FBI Deputy Director Andrew McCabe, whose wife pocketed roughly $675,000 in campaign money from political groups aligned with Clinton – at the same time McCabe was investigating Clinton in her email scandal. McCabe is now under investigation.

There are others on the special counsel staff who likely harbor the same kinds of disqualifying conflicts of interest as Strzok, Weismann and Rhee.

For example, lawyer Aaron Zebley is on the Mueller team. He represented Justin Cooper, who worked for Hillary Clinton and set up her private email server, registering the domain in his own name. He did not have security clearance for any of the classified documents on Clinton’s server. Zebley’s involvement in the Clinton case creates yet another appearance of impropriety.

All of these well-documented cases show conflicts of interests and improper bias on the part of Mueller and key members of his prosecutorial team before they ever began looking at Russian meddling in the presidential race. This provides clear evidence that this is the wrong team for this important probe.

Attorney General Sessions has a responsibility to bring in a new special counsel and new team of prosecutors free of conflicts who will conduct a fair and unbiased investigation. Simple justice requires this.