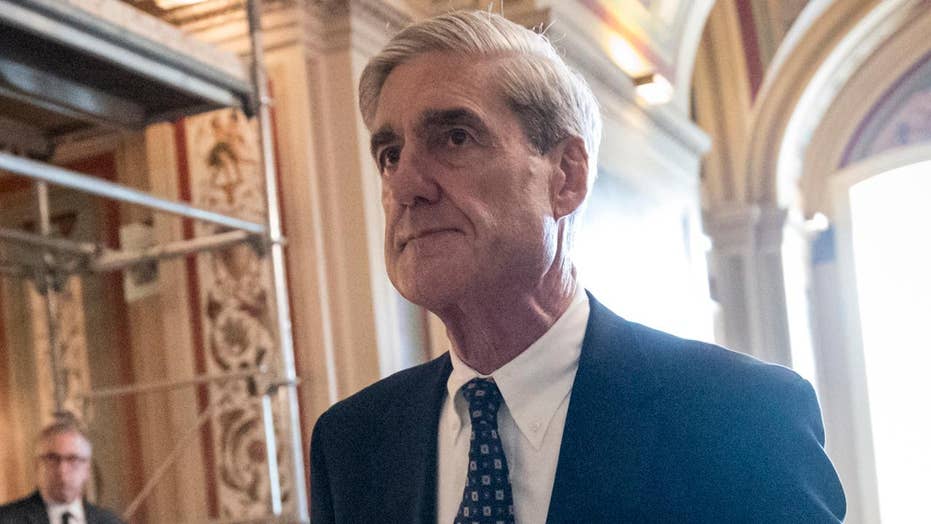 What's ahead for Mueller and the Russia probe?

Cheating in a game of cards can involve “stacking the deck” –arranging the cards in a way that advantages yourself while ensuring your opponent loses.

It appears that this is the way special counsel Robert Mueller has approached his investigation. Consider the evidence.

Mueller chose, of all places, the venue of Washington, D.C., to convene a grand jury to examine evidence in the Russia-Trump investigation. It would be difficult to find a group of people more hostile to Trump than in the nation’s capital. The president garnered a scant four percent of the vote there, compared to Hillary Clinton’s 93 percent.

There was already a grand jury convened in Virginia looking into the related Michael Flynn matter and Mueller could have easily presented his case there. But no, that would run the risk of being potentially fair to the president since the jurors there are more apt to be politically bipartisan. So, from the outset, Mueller dealt himself a high ace on his way to a royal flush.

His next card, a king, is the grand jury process itself. Over time, this Fifth Amendment principle has devolved into a one-sided farce, favoring only the prosecution. Defense attorneys are not allowed inside what has become a secret “star chamber, permitting no adverse party to challenge the truth and credibility of witnesses through the test of cross-examination. It gets worse.

There are no enforceable rules of evidence during grand jury proceedings, which means that otherwise inadmissible hearsay or double-hearsay is perfectly acceptable. Unauthenticated documents are copacetic. Prosecutors are free to present only incriminating evidence, to the exclusion of exculpatory evidence.  All too often grand jurors simply rubber-stamp a prosecutor’s instructions. Thus, the old saying, “you can get a grand jury to indict a ham sandwich.”

With no meaningful limits on abusive tactics, the entire system is anathema to fairness.  A grand jury is to justice what military music is to music.  It bears no resemblance. My apologies to John Philip Sousa, but you get the point. This is precisely why grand juries, which were once in vogue everywhere, have now been banished in all nations except the United States and Liberia.

Mueller’s queen card is the Obama-appointed judge likely overseeing the D.C. grand jury. Under local court rules, Chief U.S. District Judge Beryl Howell is the one who presides over decisions on grand jury subpoenas, witness testimony, any executive privilege and possible Fifth Amendment assertions. In the past, she worked closely with former Attorney General Loretta Lynch and one of Mueller’s top staff lawyers, Andrew Weissman.

Indeed, Howell and Weissman co-authored a scholarly law article that explored obstruction of justice… which just happens to be part of what Mueller is reportedly investigating in the Russia-Trump case. Betsy Woodruff of the Daily Beast uncovered this nugget. A conflict of interest? Surely. But don’t expect a judicial recusal anytime soon, even though Judge Howell teaches ethics at American University’s law school.

Dealing himself a jack, Mueller has chosen to hire for his staff an unconscionable number of lawyers of the liberal persuasion. Out of 14 lawyers retained thus far, eight have donated to Democrats while none appear to have contributed a nickel to Republicans. Several of Mueller’s lawyers gave generously to “Hillary for America,” while another actually represented the Clinton Foundation. The special counsel could have selected a more balanced team devoid of partisan ties, but he deliberately chose not to do so.

Finally, Mueller is holding a precious ten card in the very man who hired him, Rod Rosenstein, the Deputy Attorney General who authored the infamous memo advising President Trump to fire FBI Director James Comey. In any obstruction case arising therefrom, Rosenstein would be a prosecutor, investigator and witness all rolled into one. Despite his glaring conflict of interest, Rosenstein has made no move to step aside. Which means he is unlikely to fire Mueller for his own similar conflict of interest.

As explained in previous columns, Mueller’s close relationship to the key witness, James Comey, creates a disqualifying conflict of interest specifically forbidden by the special counsel law itself (28 CFR 600.7 and 45.2), not to mention the Code of Professional Responsibility which governs the conduct of lawyers. Their record as longtime friends, allies and partners is well-documented and indisputable.

It is inconceivable that Mueller could be completely impartial in judging the credibility of his friend versus the president who fired his friend in deciding whether to pursue a charge of obstruction.  Even scrupulously honest people can be influenced in ways they do not recognize themselves.  This is exactly why there are legal and ethical rules that demand recusal based on prior relationships.  Even the appearance of a conflict is sufficient for recusal.  But Mueller remains on the job.

And so, the deck has been shrewdly stacked against President Trump.  Robert Mueller has dealt from the bottom of the deck.  There is a lot at stake on the table.

The only good hand the president may have requires a trump card called innocence.  Does he have it?

There is no bluffing in this game.