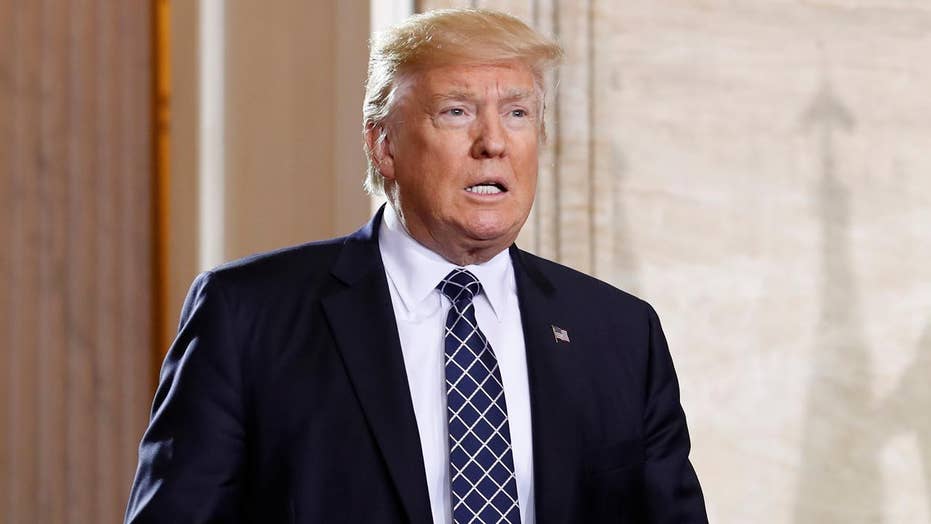 The federal judge who ruled against President Trump’s effort to withhold money from so-called sanctuary cities had no business presiding over the case.

The appearance of partiality should have been enough for Judge William Orrick to disqualify himself. His established record of political and personal bias demanded recusal. I’m betting he didn’t even consider it.

Orrick came into the case with glaring conflicts of interest.

First, he was an accomplished “bundler” for Barack Obama, raising over $200,000 and personally donating more than $30,000.  Later, he was rewarded with a federal judgeship. So, his political favoritism is more conspicuous than it would be for your average federal judge.

Second, Orrick worked on key immigration cases for Obama’s Justice Department, overseeing the Office of Immigration Litigation. He worked on cases that dealt directly with federal pre-emption of local immigration laws -- the same subject matter over which he now presides.

Because of his potential conflicts, he promised during his confirmation hearing to recuse himself from “cases involving issues, policies or initiatives developed by the Obama administration” in which he was involved at the Department of Justice.

What were they? Well, for one, the Obama administration deliberately chose not to pursue sanctuary cities that were violating the 1996 federal law requiring them to cooperate with federal immigration agencies like ICE.  Was he involved in that decision? Unclear. But the appearance is unsettling.

Canon 2 of the Code of Conduct for federal judges states, “A judge should avoid impropriety and the appearance of impropriety in all activities”.  It requires judges to “act at all times in a manner that promotes public confidence in the integrity and impartiality of the judiciary”.

Statutory law is more specific. Under 28 USC 455, “A judge of the United States shall disqualify himself in any proceeding in which his impartiality might be reasonably questioned.”

Further, he must recuse himself “where he has a personal bias or prejudice concerning a party…”

So, under these governing standards, would a reasonable person question Orrick’s impartiality? I believe so.

Does he harbor a personal bias or prejudice  concerning a party, specifically President Trump, who vowed to reverse President Obama’s immigration policies on which Orrick worked? Probably.

Did he create the appearance of impropriety by presiding over the sanctuary cities case? Absolutely.

It should come as no surprise that Orrick has a history of opposing judicial recusal.

Two years ago, he blocked the release of videos exposing Planned Parenthood’s alleged involvement in abortion-related activity. He did not seem ethically bothered that his wife is considered a pro-abortion activist, as described in multiple publications including The Federalist.

Yet, Judge Orrick did not disqualify himself even though Title 28 demands disqualification in any case in which a judge’s spouse has “an interest that could be substantially affected by the outcome of the proceeding”. Again, it’s the appearance thing.

In another case, Orrick ruled that two judges did not have to recuse themselves from presiding over a case in which the judges themselves were named as defendants.  Really?  A judge gets to sit in judgment of himself when he’s sued?

One can reasonably conclude that in Orrick’s judicial universe, “recusal” doesn’t exist under any circumstances.

It should come as no surprise that Orrick ruled against President Trump in the sanctuary cities case.  His predisposition can be seen in the opinion itself. He twisted the law to fit his own devices. It was the act of a judicial contortionist.

As I explained in a recent column, cities like San Francisco, that actively protect illegal immigrants, are breaking the law established by Congress 21 years ago. It prohibits local governments from obstructing federal officials in their enforcement of that law.

The president is legally permitted to withhold federal funds, as long as the money is related to immigration and law enforcement… which is precisely what the administration has warned.

If the case ever reaches the Supreme Court, President Trump stands an excellent chance of prevailing. Until then, he must tolerate activist judges who yearn to write laws instead of interpret them.

Along the way, the public’s confidence in a fair and impartial judiciary is being steadily eroded.