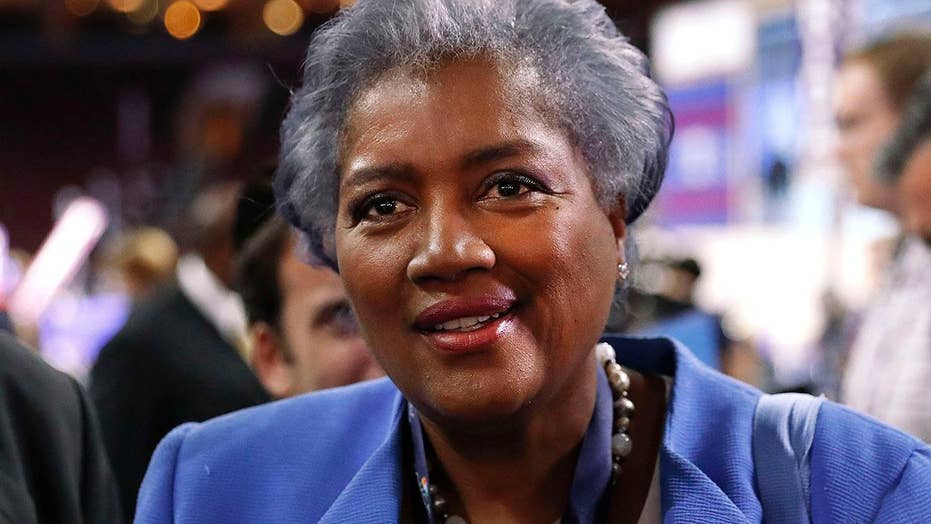 Hillary Clinton has spent a year crying about how the presidency was stolen from her. Turns out, she stole the Democratic nomination from Bernie Sanders.

The stunning revelation from former Democratic National Committee interim chairperson Donna Brazile that Clinton secretly rigged the primary process by commandeering the DNC should come as no surprise to anyone. Clinton is nothing, if not unethical and corrupt. She always has been. This is precisely why pre-election polls consistently showed that a majority of Americans found her dishonest and untrustworthy.

The critical question now is whether she committed crimes in her theft of the nomination.

According to Brazile, the DNC went broke under the leadership of Florida Rep. Debbie Wasserman Schultz. This dire circumstance presented a perfect scenario for Clinton to seize command of the party apparatus by paying off its debt of roughly $20 million dollars. But in exchange, the DNC executed a written, albeit hidden, agreement transferring to Clinton the committee’s finances, strategy, and money raised -- all to the benefit of Clinton and to the detriment of Vermont Sen. Bernie Sanders, her primary opponent.

Even more deceptions and money shuffling ensued. It was a clever and complicated stratagem, but here is the simple version. During Clinton’s joint fundraising events with the DNC and state parties held across the nation, more than $82 million was raised. The states immediately kicked back nearly all of their share to the DNC which, in turn, kicked back their share and the states’ share to Clinton’s campaign.

With Clinton in control of the Democratic party’s staffing, budgeting, data, analytics, mailings and money, she was able to overcome the serious primary challenge by Sanders in securing the nomination. The DNC, which was supposed to remain neutral, had been neutered by Clinton. It devolved into nothing more than a willing accessory to a devious scheme for Clinton’s campaign to get rich at the expense of Sanders.

There appears to be little doubt that Clinton rigged the election process. It was so unconscionable and unprincipled, that Brazile’s discovery of the incriminating document left her in tears. So she says.

The Federal Election Commission must immediately launch an investigation. So, too, must the Department of Justice and the FBI. It appears that Clinton may well have violated several laws which could constitute serious crimes.

First, federal law sets strict limits on campaign contributions.  Financial records must now be subpoenaed to determine whether these laws were broken. Given Clinton’s past record of shady transactions such as the Whitewater land deal and her sale of cattle futures, there is a strong chance that a document trail will lead investigators to multiple violations of the Federal Election Campaign Act.

Second, if Brazile’s account of Clinton’s artifice is true, it is likely that campaign finance reporting laws were broken under the same Act. Hiding campaign money through false or misleading campaign reports is illegal. In egregious cases it is a crime, not just a civil penalty.

Finally, the funneling of campaign funds from one source to another smacks of money laundering. Any transaction that seeks to conceal or disguise proceeds of illegal activity constitutes money laundering. So, if it can be shown that Clinton violated campaign contribution limits or reporting requirements, then the channeling of the proceeds from one source to another would be the “laundering” of it.

Clinton and her campaign are already suspected of playing a pivotal role in violating federal law by paying a substantial amount of money to a British spy and Russian government sources in order to obtain the infamous and discredited Trump “dossier”.  Talking to a Russian in a campaign is not a crime, but paying money to one as part of a political campaign is a crime.

There is also evidence Clinton used her public office to confer a benefit to the Russian government in exchange for millions of dollars in donations to her foundation and cash to her husband. If the Clintons were enriched at the very time Hillary presided over a governing body which unanimously approved the sale of one-fifth of America’s uranium supply to Russia, it would amount to a violation of seven criminal statutes, including racketeering.

Yet, despite calls by the House Judiciary Committee and others on Capitol Hill for Attorney General Jeff Sessions to appoint a special counsel, he has taken no action whatsoever. Perhaps this is because he recused himself from any matter related to Hillary Clinton during his confirmation hearing in January.

This, however, would not legally prevent him from appointing a special counsel to handle the investigation. But it does underscore that Sessions has become so compromised on so many disqualifying matters of vital public interest, including the Trump-Russia case, that he can no longer serve in an able capacity.

As I have written before, Sessions should resign, but not before appointing a special counsel.

It is clear from President Trump’s many comments over the last several months that he has lost all confidence in his attorney general. It is time for him to go.

Hillary Clinton has bemoaned for months that the presidential election was stolen from her and that Donald Trump “colluded” with the Russians. As with many thing in Clinton’s mind, she has it backwards.

Evidence continues to mount that it was Clinton who may have conspired with the Russians, while also rigging the primary election process to hand herself the Democratic nomination for president.

If she committed crimes in the process, she should be charged, convicted and punished.