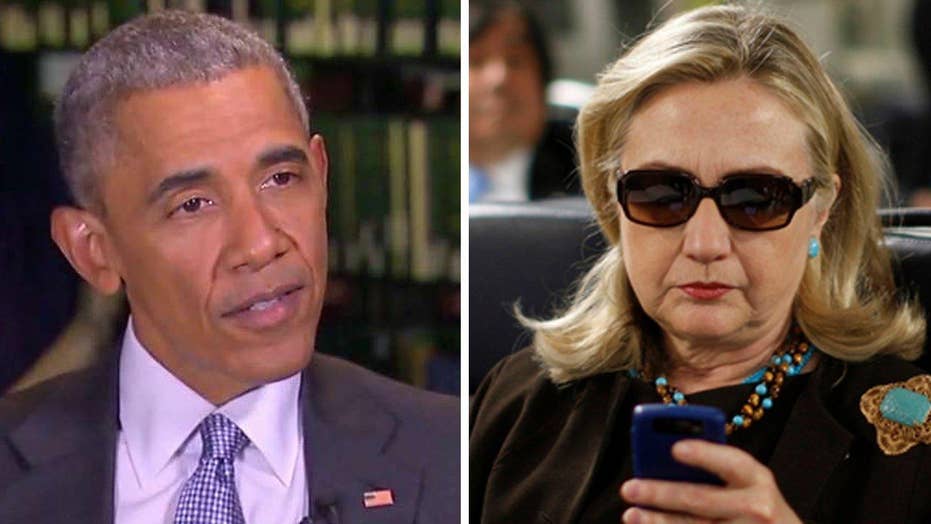 “Fox News Sunday” host Chris Wallace sat down with President Obama last week to discuss, among other things, the legal imbroglio over Hillary Clinton’s emails.  As a journalist, I was fascinated by the political implications of the president’s defense of his former secretary of state.  As a lawyer, I was stunned by his logic and reasoning which seemed, at times, tortured.  Here are my five takeaways from the conversation which aired on Sunday.

How does he know?  He doesn’t.  He was speculating.  Hackers may well have gained access to her unsecured server… and we simply don’t know it.

Hacking is often surreptitious.   Many victims don’t even know it when they’ve been hacked.  The Chinese, Russians and other adversaries have a long history of hacking to obtain American secrets.  Which is exactly why unsecured servers are a risk to national security.  So, Obama’s claim is baseless and without real knowledge.  No one, not even the president, knows every occasion when hackers succeed or fail.

Remember, knowingly storing classified information at an unauthorized location is a crime.  (18 USC 1924)

3.  OBAMA DESCRIBED CLINTON’S ACTIONS AS “CARELESS,” AS IF THAT MAKES IT OKAY.

It is not okay under the law.  Recklessness (or gross negligence) is sufficient to indict and convict, according to the statute and case law.  The president’s use of the word “careless” is simply a synonym for “reckless”.  While Obama was trying to exculpate Clinton, he was really inculpating or incriminating her by pronouncing her careless.  From a legal standpoint, he actually hurt Clinton’s case.

4.  OBAMA INSISTED HE WILL EXERT “NO POLITICAL INFLUENCE” ON THE FBI AND THE DOJ.

Yet, he did precisely that in the interview!  He all but proclaimed Clinton’s innocence by offering his opinion that she did nothing legally wrong (that is, his repeated description of “careless, not intentional”).

Obama was too clever by half.

Presidents are not supposed to interfere directly with pending cases.  So, what did Obama do?  He interfered indirectly.

As president, he wields a huge megaphone.  He shouted his desire to Attorney General Loretta Lynch and FBI Director James Comey in a nationally televised interview. Of course they saw it and/or read about it. They now know what he wants them to do.  The question is…will they do it?

5.  CLINTON’S DEFENSE IS NO DEFENSE AT ALL.

She claims some of her predecessors did the same thing. Incorrect.  None of them had their own private, unsecured servers in their homes on which they conducted their business exclusively.  Even if they did, Clinton’s defense is the equivalent of saying, “it’s okay to rob banks because other people do it.”

She also claims the materials were not “marked” classified.  That’s utterly irrelevant under the statute.  It is the content, not the markings, which make matters classified.  Indeed, it doesn’t matter if they are marked or unmarked.

If Clinton wants to claim she did not recognize the classified materials without the markings, then she would be arguing her own incompetence.

In a court of law, incompetence is not a defense.