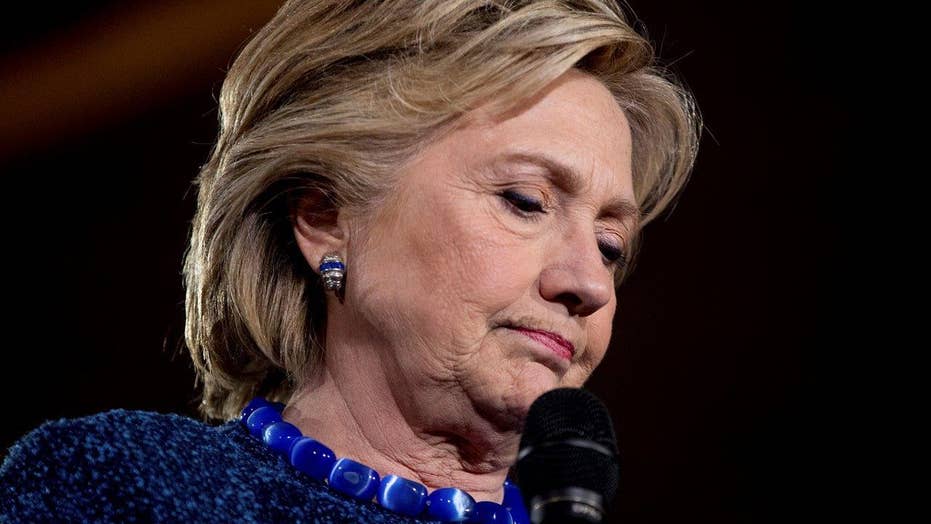 Would Clinton presidency be engulfed, disabled by scandals?

The disclosure by FBI Director James Comey that new evidence has been discovered in the investigation of Hillary Clinton’s email has hit the presidential election like a political tsunami. Americans may not know the full extent of the wreckage until the waters recede and all the votes are counted.

In the meantime, voters are left wondering what a renewed investigation will bring. Legally, how does this impact a Clinton presidency should she prevail on Nov. 8? Could an indictment or prosecution or impeachment render the next president weakened or paralyzed at a time when Americans are yearning for change and progress in Washington?

Here is a primer on the law to help address questions and accusations as voters prepare to exercise their freedom of choice. Hopefully, it is an informed choice.

1.)  Did FBI Director James Comey violate the “Hatch Act”, which prohibits federal employees from using their position to influence an election?

No, not even close. By leveling the accusation, Sen. Harry Reid, D-Nev., demonstrates he is not an authority on the law. There is no evidence Comey was deliberately attempting to influence the election. His disclosure may have had that effect. But his intent is what’s relevant and essential. It appears Comey felt he had a legal duty to notify Congress that his earlier sworn testimony stating that the Clinton investigation was closed was no longer true. If he did not intend to influence the election, then there is no violation of law.

Comey was facing a Hobson’s choice. If he withheld the new information until after the election, he would be accused of protecting Clinton and violating the Hatch Act. By disclosing the information before the election, he stands accused of hurting Clinton and violating the Hatch Act. So, forget all that.  As long as Comey’s intent was honesty and not partisanship, then he did not violate the law. It is important to note that the Hatch Act is not a criminal statute. Jail is not a penalty.

2.)  Did the FBI need to get a warrant to examine these emails found on Anthony Weiner’s devices?

Not initially, but later, yes. When the disgraced former congressman was caught texting an underage girl, the FBI launched an investigation into whether he committed various crimes under both state and federal law. Agents issued a subpoena to seize Weiner’s various electronic devices. That is when the questionable emails relating to the separate Clinton investigation were discovered. At that point, the agents were wise to seek a search warrant based on “probable cause” that the new emails might constitute evidence of a crime. It was easy to get a judge to sign off on the warrant. It’s like police discovering bags of white powder in the backseat of a car stopped for speeding. They can seize the bags, but they should get a warrant to examine and test the contents.

3.)  Can this be resolved before election day?

It seems impossible. The FBI needs to examine tens of thousands of emails. The Wall Street Journal reports there are around 650,000 emails, so this will be a Herculean task. It will take a long time for the feds to determine what documents were classified, whether they passed through Clinton’s server, and whether Clinton herself sent or received them. A government source confirms that the metadata on the Weiner devices turned up positive hits for Hillary Clinton emails. But it could take months to analyze all of them and determine if any laws were broken.

4.)  If newly discovered classified emails are connected to Clinton, is that a crime?

Not necessarily. Even if the new emails show that classified documents were sent or received by Clinton from her private server (an unauthorized place), there is still the legal standard of intent and/or gross negligence that must be met by prosecutors --and we remember how that worked out last July 5 when Comey held his infamous news briefing and recommended no prosecution. He might reach the same conclusion all over again. Or, he might reverse himself. Much will depend on the content of this newly discovered evidence. But Comey must have seen something in the evidence that alarmed him enough to re-open the investigation.

5.)  Could Clinton pardon herself if she becomes president?

She most certainly can. The power of pardon is without limitation. A president can pardon any person, including the president, except in cases of impeachment. Richard Nixon contemplated pardoning himself. He was an "unindicted co-conspirator" in criminal indictments stemming from the Watergate investigation. In the end, he did not pardon himself. His successor, Gerald Ford, did it for him. But it was immensely unpopular and contributed to Ford losing the 1976 election to Jimmy Carter. It would be even worse, if a president pardoned him or herself. So, if Clinton were to issue her own pardon, she would be poisoning herself politically. It is the equivalent of admitting guilt, but evading the consequences. The public outrage would be deafening.

6.)  What would happen if Clinton is indicted after being sworn in as president?

This is where it gets dicey. Presidents have broad constitutional immunity against prosecution for ordinary crimes. The Framers wrote about it in The Federalist Papers. Law students are taught in their classes on constitutional law that a president could murder someone in the Oval Office and not be prosecuted, at least until the term of office expires. But it is unclear whether that same immunity applies to acts committed before taking office. The Founders wanted a president to be free of prosecutorial threats over actions taken in the course and scope of a commander in chief’s duties. They did not contemplate potential criminal acts of a candidate prior to an election or inauguration. So, the issue of immunity is unclear.

7.)  Could Clinton step aside temporarily to face prosecution upon indictment?

She could do so by invoking the 25th Amendment if she decides she is “unable to discharge the powers of the presidency” due to public anger surrounding an indictment. Clinton could notify Congress in writing that she is temporarily stepping aside and submit herself voluntarily for trial. If she is acquitted, she could  notify Congress that she is able to discharge her duties to as president and reassume the position. This, however, is the most unlikely of scenarios.

8.)  Could Clinton be prosecuted after she leaves office?

Probably, but expect a legal challenge. Here’s why: if Clinton is indicted after being sworn in and thereafter invokes constitutional immunity, she could be prosecuted after leaving office only if the statute of limitations have not expired. Thus, it depends on how long she serves and the nature of the charges.  Some statutes could lapse during her presidency, especially if it runs more than one term. However, prosecutors might argue the statutes are “tolled,” or suspended, due to “legal impossibility,” thus allowing prosecution of Clinton.

9.)  Could Clinton be impeached over this?

Historically, no. Presidents can only be impeached for actions committed during their presidency. Alleged crimes committed before a president takes office were never considered impeachable offenses. At least that was the conclusion of Congress dating back to the latter half of the 19th century.

But an examination of Article II, section 4 of the Constitution reveals no defining limitation. Other than precedent, there is nothing to prevent a new and different Congress from taking a completely different view. As Gerald Ford famously said, “An impeachable offense is whatever a majority of the House of Representatives considers it to be at a given moment in history.”  So the question is an interesting one… and the answer is debatable.

There is one obvious caveat: If Clinton were to do something as president which constitutes new alleged crimes, such as obstructing an investigation or lying about what she did, then she could be impeached.

10.)  Will congressional investigations of Clinton continue after she takes office, assuming she wins election?

If Republicans retain control of the House of Representatives, various chairmen are vowing to pursue multiple investigations of Clinton. They include potential perjury, obstruction of justice, bribery, fraud, “pay-to-play” corruption, and illegal use of a non-profit (her foundation). Clinton could end up mired in scandal from the outset of her presidency in the same way that Nixon was disabled by Watergate. He squandered the trust and good will of the American people, and lost the ability to work with Congress to pass any meaningful legislation for the benefit of the American people. Clinton could suffer a similar fate.