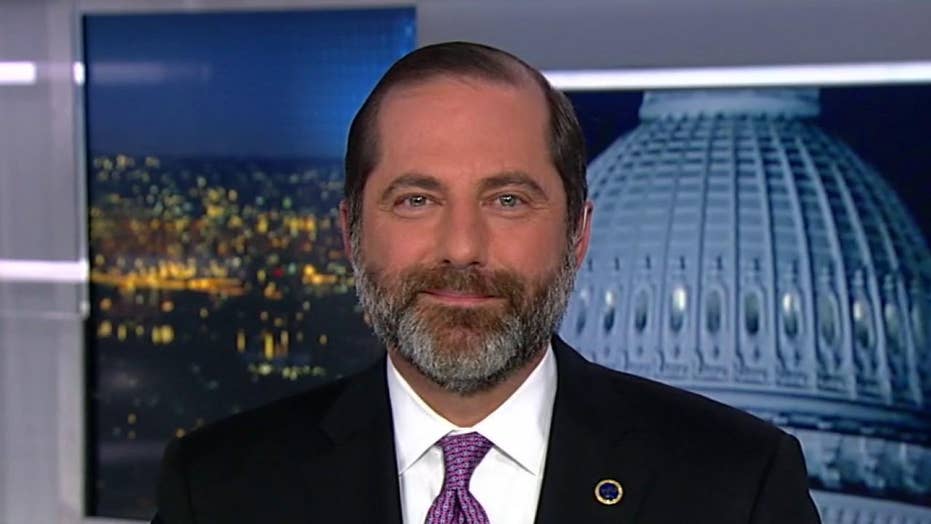 President Trump’s signing of an executive order Thursday that allows students to pray in public schools is good news that should be welcomed by all Americans – whether or not they believe in God and the power of prayer.

As a pastor, I have a suspicion that the historic ruling of the Supreme Court in 1962 to remove prayer from our schools may have contributed to the litany of social ills that have plagued America since.

These ills include the breakdown of the family, the rise in violent crime, the opioid epidemic, the rising suicide rates and the general hopelessness that pervades our younger generations. The list goes on and on.

Before the Supreme Court ruling – in the days when prayer was allowed – some teachers offered their own prayers in school, while others read the Lord’s Prayer or recited the well-known Psalm 23.

New York students prayed each day: “Almighty God, we acknowledge our dependence on Thee and beg Thy blessing over us, our parents, our teachers, and our nation.” A benign prayer, perhaps, but it still underscored our belief in God’s providence and sovereignty.

Do we not in the Pledge of Allegiance still say: “One nation under God, indivisible, with liberty and justice for all”?

In 1789, President George Washington made this public proclamation:

"Whereas, it is the duty of all Nations to acknowledge the providence of Almighty God, to obey His will, to be grateful for His benefits, and humbly to implore His protection and favor – and whereas both Houses of Congress have by their joint Committee requested me 'to recommend to the people of the United States a Day of public thanksgiving and prayer, to be observed by acknowledging with grateful hearts the many signal favors of Almighty God’ … I do recommend and assign Thursday the 26th day of November next to be devoted by the People of these States to the service of that great and glorious Being.”

The result of that proclamation was the creation of an event we celebrated a couple of months ago called Thanksgiving. Yet what I find just as remarkable is that the proclamation was ratified by both houses of Congress.

Today our houses are divided like never before, especially with the impeachment proceedings against President Trump. Ironically, the one thing members of both parties in Congress still agree on is to begin their sessions in the House and Senate with an opening prayer.

Can you imagine if they came together and prayed for the future of America? I believe God would hear that prayer and we could have a much-needed healing in America.

Such a prayer wouldn’t be out of character for America.

For one, our Founding Fathers assumed the majority of Americans believed in Jesus, but those who didn’t weren’t treated any differently. This is because our nation was forged out of religious freedom.

And just as America had great Founding Fathers – such as George Washington, John Adams, Thomas Jefferson and Benjamin Franklin – we also had a spiritual Founding Father: a man named George Whitefield.

Whitefield was an evangelist from England who preached the gospel to the colonists. Historians believe that by the time his ministry was completed, 80 percent of the colonists had heard him.

Whitefield’s ministry sparked a spiritual awakening across the 13 colonies. Untold thousands believed, and it was in the soil of virtue and morality that the seeds of liberty could be planted.

Patrick Henry, another Founding Father, is believed to have once remarked: “It cannot be emphasized too strongly or too often that this great nation was founded, not by religionists, but by Christians; not on religions, but on the Gospel of Jesus Christ. For this very reason peoples of other faiths have been afforded asylum, prosperity, and freedom of worship here.”

Sadly, it is the lack of this virtue and morality that is the root of so many of our current problems.

We need more prayer in America today, and not just in our schools, but in our courts, culture and in our personal lives overall. More than 50 percent of Americans pray and believe that God hears and answers those prayers. However, a recent survey revealed that Americans who believe in God or prayer hit an all-time low in 2014.

My hope is that we will remember America was a nation born out of prayer.

The Lord makes a remarkable promise to us if we will pray: “Call to Me, and I will answer you, and show you great and mighty things, which you do not know.” (Jeremiah 33:3 NKJV)

Whatever we are facing individually or as a nation, we can rest assured that God hears and answers prayers, even today.

Greg Laurie is the pastor and founder of the Harvest churches in California and Hawaii and of Harvest Crusades. He is an evangelist, best-selling author and movie producer. His new book "Billy Graham: The Man I Knew" (Salem Books) releases April 13.