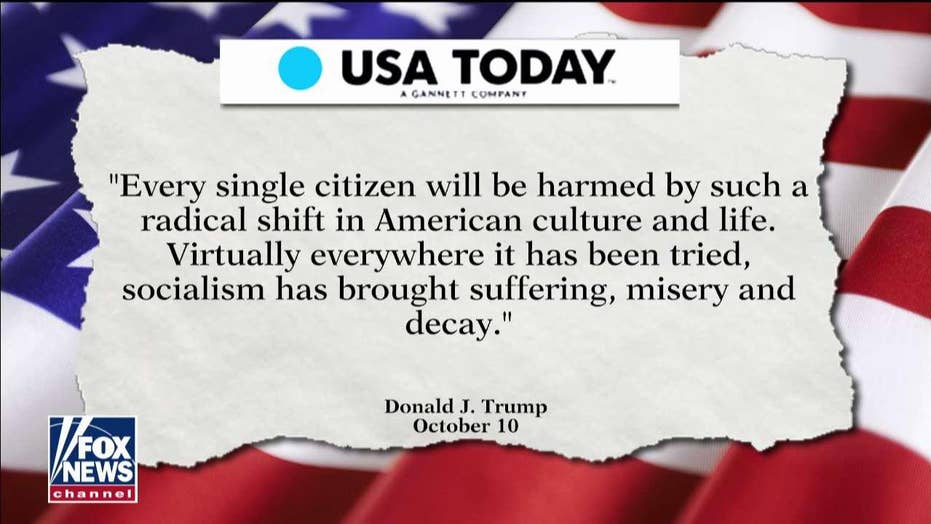 Donald Trump unleashed his midterm message Wednesday inside our nation's hotel doormat -- USA Today --  predicting that, if elected, Democrats will turn us into Venezuela, where the currency is printed on perforated rolls because it’s worth less than toilet paper.  In fact, toilet paper is a rare commodity there. -- Never shake hands with a Venezuelan socialist.

If William Devane were doing commercials in Caracas, he'd be saying, “Now’s never been a better time to buy Charmin."

Which they may not need anyway, because there’s no food.

It’s so bad, zoos have become a Sizzler restaurant for the starving. -- Eating a zebra isn't just for lions anymore.

The Dems see this as progress, because the poor things are no longer caged!

Trump hit on this  Tuesday night, when he said, “You don’t hand matches to an arsonists and you don’t give power to an angry left-wing mob and that’s what the Democrats have become! … They would turn our country so fast into Venezuela and Venezuela’s not doing too well folks.

There's that "m" word again. Which should never be used to describe threatening hordes.

DON LEMON, CNN ANCHOR: Is it mob behavior? Not it’s not mob behavior. It’s people who are upset and they’re angry with the way the country is going. And the policies of these people…

MATT LEWIS, GUEST: Oh, so they’re just protesters who are…

Someone needs a timeout…

Meanwhile, Trump says of the Dem's lurch to the left, "every single citizen will be harmed by such a radical shift... Virtually everywhere it has been tried, socialism has brought suffering, misery, and decay."

But maybe that’s the point: what happens when you destroy prosperity?

Besides vacating zoos, you vacate a country. And elect a Bernie.

It’s the Democrats' version of the wall: who wants to flee here, if here is worse than there?

If only there were examples of people fleeing lousy places that once were great, before leftists took over.