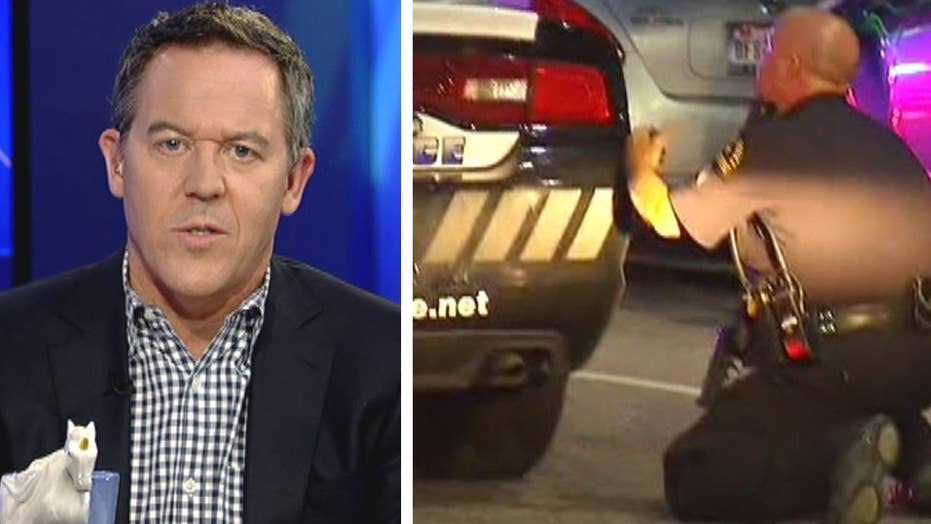 Today's police have gotten better. Have we?

After every horrible event, the aftermath turns polarizing before the crime scene chalk hits the gravel. The only way to unite us, perhaps, would be a meteor strike. But then again, to rework an old observation, CNN might instantly ponder, “Did the meteor target minorities more so than whites?” Or “Dr. Youseff, could that asteroid have been Islamophobic because a mosque was also hit?”

I wrote about this inability to engage after Orlando, and I will likely write about it again. Clearly the situation is not improving. Here’s why:

Facts are losing to feelings.

Feelings “feel” better than facts. Facts are hard; feelings are soft. Thinking requires fuel, effort and time. Feelings spontaneously combust, no effort required. You can unleash them right away.

Feelings lead people to make mistakes, especially early on, when they’re most enticing. Take Texas’ lieutenant governor, Dan Patrick, who called protesters in Dallas hypocrites for marching against police and then running from bullets.

He’s wrong. It’s not hypocritical to protest and run from bullets. The first happens to be a guaranteed right, the second an instinct.

Feelings without facts contribute to the dominoes of doom by perpetuating a media narrative (an epidemic of rogue white racist cops killing blacks), which helps to validate rage (and action) against the evil blue machine.

But I get his point, and with a little thoughtfulness it could have been restated thusly: “Did you see who ran away? None were cops. Cops ran toward the bullets.”

Feelings without facts also allow you to extrapolate one incident into a phenomenon that may or may not exist. Even President Obama agrees: "I think the danger is that we somehow suggest that the act of a troubled individual speaks to some larger political statement across the country. It doesn't.”

Of course he was referring to the shooter, urging us not to use him as a symbol of all anti-police sentiment. He’s right. But equally, would he be willing to please repeat that point — and replace a few words? Example: “I think the danger is that we somehow suggest that the act of [one or two officers] speaks to some larger political statement across the country. It doesn’t.”

Sadly, just days before Dallas, he said the opposite — drawing a sweeping conclusion from two separate shootings involving police. How is it possible for him to know everything about those two cases so quickly? My gut tells me: He was riding on feelings, not facts.

Facts are great! They take you to places that feelings don’t. If you start looking at the situations that bring citizens and cops into precarious situations, it’s sometimes over absurd laws no one has any business enforcing. No one becomes a police officer with the lofty goal of wrestling a 300-pound man over selling a loose cigarette. But that’s what an officer ends up doing when selling “loosies” is against the law. If that law had not existed, Eric Garner might be alive right now.

That’s a fact. The struggle began over a cigarette. Here’s another fact: you can buy single beers, single airplane bottles of scotch. I can buy a single Ben & Jerry’s ice cream bar, which is also harmful to your health over the long term — but I am not required to buy a carton of 20 (although there are times I would).

The flow of information helps indulge an evil act and the turmoil that follows — which might influence the likelihood of another act.

Take one isolated shooting and watch how the media inflate it with layers of assorted content. If it fits their assumptions, they focus all their efforts: They scrutinize, pontificate, find emotional bystanders (which is inescapable and often necessary) and chase the energy of protest as it spreads across our nation’s streets. There is hope in the air that there may be even more drama. And there is, usually. As the coverage expands to a size that at times outweighs the event’s larger impact, it may nudge an already teetering deranged man toward unleashing a spectacular act of mayhem. A man who may be angry, bitter, seeking some infamy, simply sees his chance.

And when he takes his shot, the media must rush to that, as well. (It’s their job, after all.) And once again, hours and days are devoted to scrutiny, pontification, emotional interviews, protests and howls of rage. And that … repeats the process, even more intense than before.

I call this the dominos of doom, which you find in mass shootings as well as other events. If press coverage of a suicide can dramatically increase odds of more suicides (and also homicides), then you’d expect that to happen with acts of terror against citizens and police.

But what can you do? You must report — but it must be done, in the context, again, of facts. You can report an awful incident without placing it against a backdrop of previous seemingly similar incidents — which then creates the appearance of a massive, unfolding national crisis. That’s the pattern observed in other areas: an epidemic of pit bull attacks, an epidemic of bullying. Meanwhile, veteran suicides get lost in that shuffle.

Feelings without facts contribute to the dominos of doom by perpetuating a media narrative (an epidemic of rogue white racist cops killing blacks), which helps to validate rage (and action) against the evil blue machine.

Remember that, before Dallas, there was plenty of footage of protesters getting up close and personal with the police at events, taunting them with their own aggressive posturing. We all saw footage of activists, through their incendiary behavior, begging the stoic police just to do something for the cameras, to validate the media narrative. These activists knew what the media wanted, and they also knew that if they could incite such behavior, they could make it onto every channel. They used tactics of instigation, hoping to portray the police as brutal and racist.

It’s harder than ever to unbend minds.

You have a better chance of discovering unicorns in Atlantis than coming to a mutual understanding over anything. Here’s why:

·  If you closely identify yourself to a political opinion, any attempt to prove your position is flawed will be felt as a personal blow to your self-esteem. If you tell someone you think Trump is unfit to run for president, and they happen to love Trump, you just told them they are stupid. Likewise, if you tell someone who dislikes Trump that Trump is the only choice for president, that someone might hear “You’re telling me I’m stupid, too.”

· It’s perceived as rude to correct people on their fallacies in public (although it’s perfectly fine to express such fallacies openly, if they fit certain assumptions).

So you let things slide — and those things become regular beliefs.

· Research is harder than opinion, yet both are often treated identically. So why go through all that extra effort? Would saying “Cops shooting unarmed blacks just doesn’t happen that often” get a more dismissive response than “Data show that police killed nearly twice as many whites as blacks in 2015, and black officers are more likely to shoot blacks than white officers?” In all likelihood the emotional response from many will be identical: “Yeah, but racism …”

Why is this the case? It’s simple.

I am about to tell you the absolute cause of this divisive climate. It’s about a fear we all share: If you admit you are wrong on any one issue, could it be that all your beliefs and opinions are up for review?

Could you be wrong on everything? Or a few things?

Yes, of course you could! But so what? If you may be wrong, isn’t it good to know? Becoming a better person relies a lot on the desire to be proven wrong. When your opinion turns out to be flawed, it drives you to do more homework — which either sharpens or invalidates a point. And the flaw in your argument won’t reflect on your personal character, because adjusting your beliefs or strengthening them through research shows you to be an honest, thoughtful individual.

Be wary of anyone who claims he’s never wrong.

But, I could be wrong.