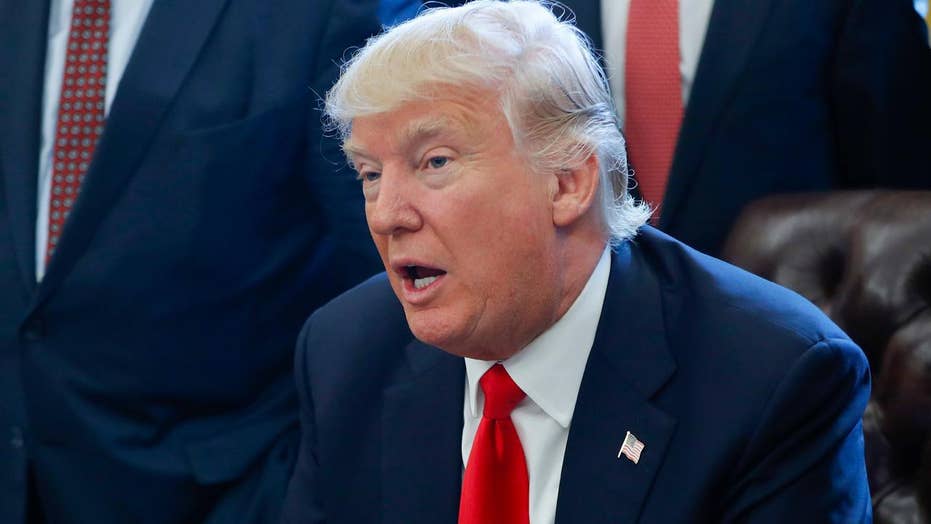 I was in Washington, D.C. this weekend attending a meeting of the National Governors Association. On February 28, a day after our meetings conclude, President Trump will address a joint session of Congress.

Despite an unprecedented level of criticism from the largely liberal media, much of it unwarranted and unfair, the president will have many impressive accomplishments to talk about during his speech. Many of these will have direct, positive impacts in my home state of Kentucky and throughout the United States.

For example, President Trump signed a bill that will roll back the Obama administration’s last minute “stream protection rule.” Though the rule was given a name that sounds beneficial, it would have escalated the “war on coal” resulting in the elimination of tens of thousands of coal mining jobs. Many of the so-called protections in the rule were already addressed by sections of the Clean Water Act.

What’s more, the Obama Department of the Interior failed to adequately consult with states while drafting the rule. Instead, they implemented a “one size fits all” solution while trampling all over states' Tenth Amendment rights in the process.

Perhaps as noteworthy as the roll back of the rule itself, is the method of review that was employed. Congress used its powers under the Congressional Review Act. This allowed them to weigh the benefits versus the repercussions of this expansive regulation. That opportunity should have been afforded Congress before implementation of a rule that would adversely affect so many Americans.

Unfortunately, under the Obama administration, many of our federal regulatory agencies made it a practice to pass complex rules and regulations that had massive detrimental effects on jobs and the economy while providing very little benefit.

It is for that reason, that I applaud President Trump’s appointment of Scott Pruitt to direct the EPA. As Oklahoma Attorney General, Mr. Pruitt filed several lawsuits against the EPA. It is important to note, however, none of those suits were intended to remove any environmental protections of significance. Instead, they were brought to force the EPA to remain within their statutory authority and to obey the rule of law.

Attorney General Pruitt was defending the rights and sovereignty of his state and others. Director Pruitt will be a tremendous asset to the nation and the agency that he is leading. He understands and appreciates both the EPA’s core mission, to protect the environment, while simultaneously understanding that our system of government does not allow regulators to make law.

In addition to the restoration of regulatory sanity, President Trump has repeatedly expressed his commitment to our military veterans. The president is determined to reform what can only be characterized as a broken Veterans Administration health care system.

The president’s transition team met with 31 veterans groups and listened to their concerns. More recently, the president named Dr. David Shulkin as his nominee for Secretary of Veterans Affairs, a move applauded by a wide range of veterans groups as well as the Chairman of the House Veterans’ Affairs Committee, Rep. Phil Roe.  Dr. Shulkin has demonstrated a willingness to model best practices of the medical private sector to reduce wait times and to improve care.

On a larger scale, President Trump shares the desire of most Americans to see the failed ObamaCare law repealed and replaced.

Voters took note that ObamaCare was a massive and highly complex law with many layers of bureaucracy. It should be no surprise that replacing it will result in some vigorous debate and, at times, disagreement.

The president made a brilliant choice when appointing Tom Price as Health and Human Services Secretary. As a former physician and congressman, Secretary Price brings much experience and knowledge to the health care issue. Now that he has been confirmed, we can begin to build consensus on how best to accomplish replacement of this disastrous law.

Finally, President Trump can elaborate on his economic agenda and the positive response by investors to his pro-business vision.

In Kentucky, we are meeting regularly with business leaders who are encouraged about our state’s recent passage of pro-business legislation and who are now considering our state as a possible location for expansion. Likewise, President Trump’s commitments to tax reform and deregulation have encouraged investors to propel the stock market to new heights.

The president’s address to Congress can provide investors with more specifics of his economic agenda and, in so doing, confirm the optimism investors have expressed.

The Trump administration can be proud of these accomplishments and the impressive array of additional cabinet appointments, including Kentuckian Elaine Chao as Secretary of Transportation.

The American people are not fooled by the media's non-stop negative narrative which is intended to overshadow the president's positive vision and his remarkable pace of significant achievements.

Republican Matt Bevin is the 62nd and current governor of Kentucky.