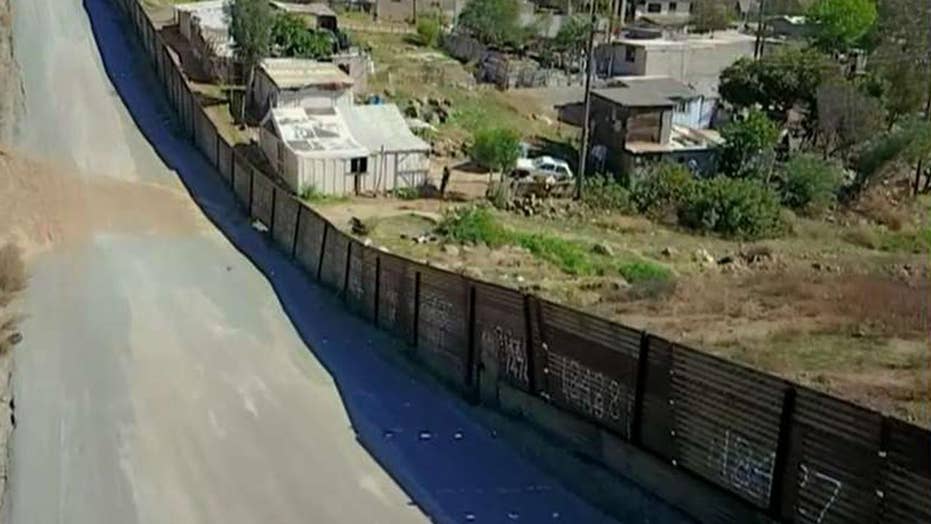 Why is the wall so important? U.S. Border Patrol chief shares insight on 'Fox & Friends.'

My grandfather was the first generation of our family born in the United States. His parents came to this country from Norway and became farmers, which is what my grandpa did too until the day he died.

Grandpa was fiercely proud to be an American citizen. He once told me his father wouldn’t teach him Norwegian because “this family is American now.” Grandpa never forgot it.

Unfortunately, our ruling elite has given up on all that. They’ve become globalists first and Americans second. If you want to see Exhibit A, look at Sen. Claire McCaskill, D-Mo., who I am running against in the November election.

While illegal immigrants pour across our southern border, bringing drugs and gangs and lower wages with them, McCaskill won’t vote to build the President Trump’s proposed border wall. She won’t vote to secure the border. And she lavishly praises the extremists in her party who want to abolish the Immigration and Customs Enforcement (ICE) agency.

That’s bad enough. But now she is sponsoring the most radical open-border bill ever introduced in Congress. Her bill was written by California liberal Democratic Sen. Diane Feinstein, and it would give a free pass to any illegal immigrant who brings a child to the border. With McCaskill’s approach, illegal immigrants who use children as human shields would win release into the interior of this country, no questions asked.

But McCaskill doesn’t stop there. She’s also trying to prevent the government from asking Americans about citizenship on the 2020 census. She wants illegal and undocumented immigrants to count toward a state’s representation in Congress, just like you and I do.

If McCaskill gets her way, law-abiding Missouri citizens may well lose seats to California and other states sheltering large numbers of illegal immigrants. But maybe that shouldn’t be a surprise, since McCaskill has voted to protect sanctuary cities and give them federal funds.

I don’t know who she thinks she’s representing, but it sure as heck isn’t the state of Missouri.

McCaskill and her globalist allies live in a fantasy world where citizenship doesn’t matter and national borders are embarrassments. Their most important priorities are getting cheap labor at home and cheap products from aboard.

I promise you this. I’ll never apologize for protecting American citizens and I’ll never shrink from defending our way of life.

We need an immigration policy that works for the citizens of this country, not the global elite. That begins with securing the southern border. Enough apologies and temporizing. Build the wall. Fund the border patrol. Back ICE. You can count on me to fight for all of the above.

Next, we need to reform our legal immigration system to make it work for Missouri workers. For decades now, we’ve admitted millions of immigrants with few or no skills – the percentage of foreign-born is at its highest levels in nearly a century.

These low-skill immigrants are competing for jobs with folks in our own country struggling to find work, while driving down wages for those who are working hardest.

It’s time to do right by American workers. Limit the number of low-skilled immigrants who come to this country. End the visa lottery system. End chain migration. Replace that with a skills-based immigration system that prioritizes the training and know-how we need to create new jobs in this country for our own people.

My family’s story is no different from that of most other people in Missouri. Missourians know that while this country has a noble heritage of welcoming strangers from many lands, we are a nation of Americans. It’s time we had a senator who acts like it.