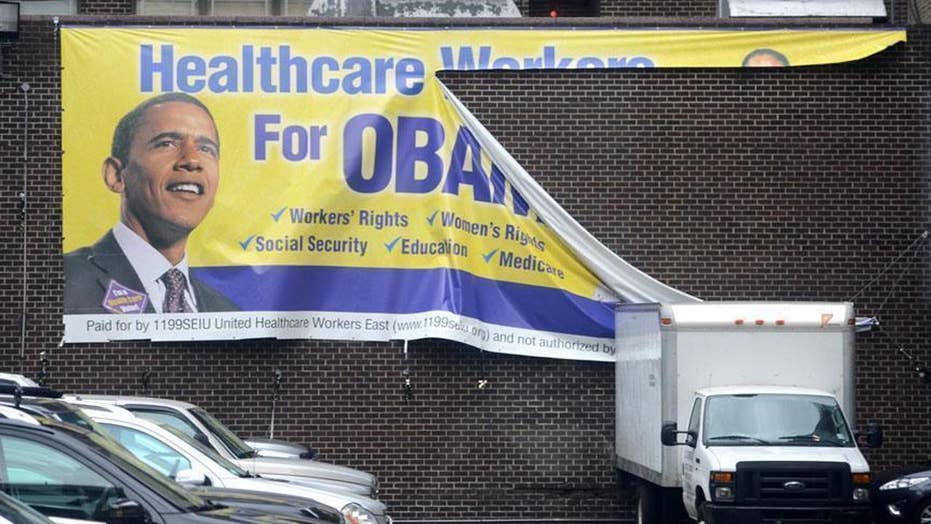 But some House Republicans are openly saying they’ll break that promise, conceding they played their constituents for suckers and undermining leaders they claim to respect, such as Pence and Ryan. Not long ago Pence was one of their House colleagues, serving honorably alongside them.

The group of House Republican moderates known as the “Tuesday Group” is comprised of men and women who, like all Republicans over the past several years, repeatedly championed the repeal and replacement of ObamaCare as part of numerous successful political campaigns that grew and secured Republican majorities in both the House and Senate. But now, when the time has arrived to actually vote for a bill that would repeal and replace ObamaCare, they suddenly have a newfound affinity for this disastrous policy which has thrown a monstrous monkey wrench into one-fifth of the U.S. economy.

Over in the U.S. Senate the GOP moderate Senators, who’ve been in Washington for decades, have just cast a far tougher vote: they’ve done away with the filibuster for Supreme Court judges which – for them – is something they never saw themselves doing.

“I am not eager to see the rules changed so I hope that Democrats do not launch a filibuster against an eminently well-qualified nominee,” Sen. Susan Collins (R-Maine), one of the Senate GOP moderates, told reporters recently. “I’m hoping we’re not going to get to that point.”

Their reticence to cast such a tough vote is understandable, yet they have done what they know is best for the country; they’ve refused to let partisan battles inside the chamber deprive the country of an exceptionally well qualified Supreme Court justice.

Conservative House Republican members, and many of the conservative organizations supporting them, wrongly bore the initial blame for the failure of the American Health Care Act to even get to the House floor for a vote. Conservatives made it clear that first bill was unacceptable on principled grounds: it left the architecture of ObamaCare in place and it would ultimately exacerbate the problems millions of Americans currently experience.

When buzz began circulating in Washington that the bill wasn’t dead, it was because these conservatives were intent on finding a way forward because they believed the GOP owed it to the voters who put them in power to fulfill the promises made to those voters. Vice President Pence, representing the White House, was exceedingly helpful in trying navigate a course – in the parlance of Congress – “to get to yes.”

Conservative organizations were cautiously optimistic the new proposal, which would allow governors to undo the costly and destructive ObamaCare regulations, would receive support from all House Republicans. This is a quite sensible solution, as it moves power out of Washington and closer to the people.

That’s a principle Republicans usually embrace, but listening to some House GOP moderates one now has to suspend disbelief.

Suddenly, several House Members with an ‘R’ after their name are now doing their best impressions of House Democratic Leader Nance Pelosi – perhaps the most liberal leader in Washington.

They don’t talk about repealing ObamaCare anymore, they now say it can be … “fixed.” They want to keep the structure of ObamaCare in place, suddenly oblivious to the evidence from all over the country that it’s failing now and will only get worse.

Meanwhile, countless constituents – who’ve voted time and again to send these House Republicans back to Congress on the hope they’d one day have the opportunity to repeal this disaster – now stand there stunned as their hometown Republican wraps his arms around ObamaCare as if he’s loved it all along.

It’s time for House Republican moderates to follow the lead of their Senate GOP moderate counterparts. They just cast a truly tough vote.

Keeping a promise repeatedly made to voters and constituents should be an easy vote.

David McIntosh is a leader for the principles of limited constitutional government and individual freedom and is president of the Club for Growth.