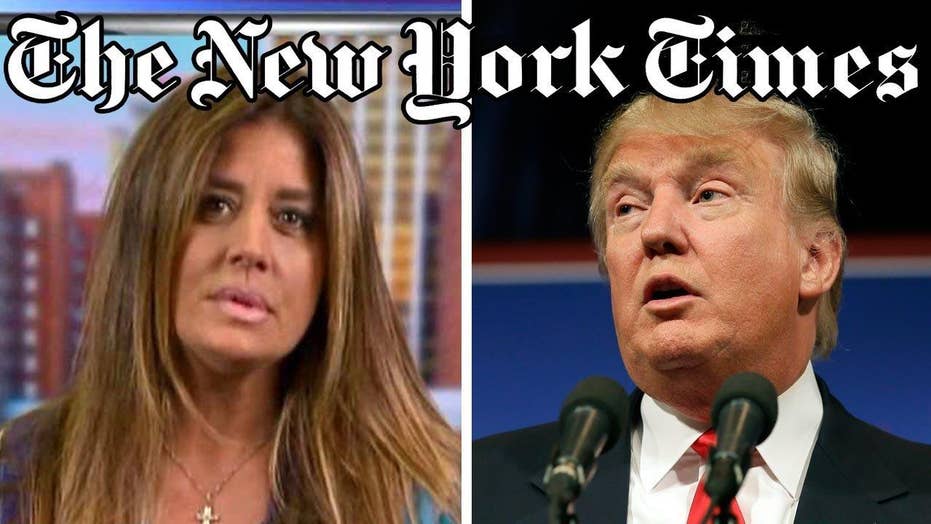 Will NY Times 'hit piece' on Trump move the needle?

No news here: The New York Times has no regrets about its vicious attack on Donald Trump’s relationship with women going back decades.

Why should it? The Times is never wrong.

Don’t take my word for it. The paper’s former public editor, Margaret Sullivan, labeled the high-handed attitude toward complaints “New York Times Exceptionalism,” which she defined as “The idea that whatever The Times does is, by definition, the right thing.”

She called it a potential “fatal flaw” and added that “it’s safe to say that many Times journalists find it hard to admit they got something wrong. In fact, what’s much more likely than any such admission is the tendency to double down.”

Sullivan wrote that a month ago, but her observation fits the Trump story like a glove.

The woman the paper cites as the first example of his “debasing” behavior says the Times distorted and lied about what she told reporters.

“I did not have a negative experience with Donald Trump and I don’t appreciate them making it look like I was saying it was negative,” Rowanne Brewer Lane said on Fox.

Yet the reporters defend their own version of events, and a spokeswoman insists, “The story provides context for the reader,” whatever that means.

That is New York Time Exceptionalism in action. It asserts its own superiority even when describing the personal experiences of others.

This is not journalism. This is groupthink reinforced by institutional arrogance.

That’s why the sweeping conclusions of the Trump piece sound as if they were written before a single interview was conducted. The article’s formulaic structure suggests a preconceived conclusion awaiting only cherry-picked anecdotes.

If 10 reporters and editors signed off on it, that’s 10 certain votes for Democrats.

That’s not journalism, either. That’s politics hiding behind a press card.