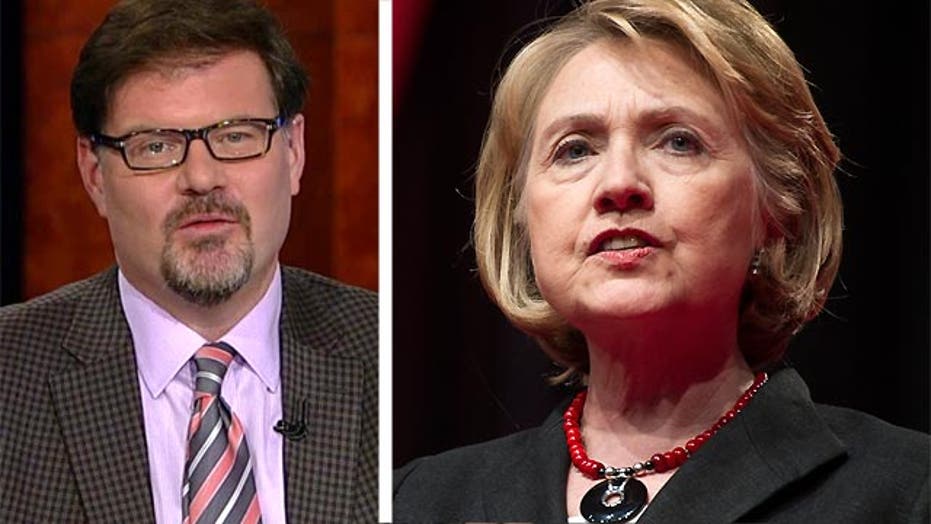 National Review Online editor Jonah Goldberg told viewers on "Special Report with Bret Baier" Monday that the ongoing fallout from Hillary Clinton's email problem is yet another example of how Clinton deals with controversy.

The email problem involving the former secretary of state continues to escalate as members of her own party are asking for an explanation regarding Clinton's use of a personal email account instead of a government account.

Clinton's critics want answers immediately.  This is the way the Clinton team responds to problems, Goldberg added, "by going into a bunker."

"She sends out the usual sock puppets to defend her...  And it reinforces this idea that this is the kind of person who is Nixonian, Nixon in a pantsuit," Goldberg said.