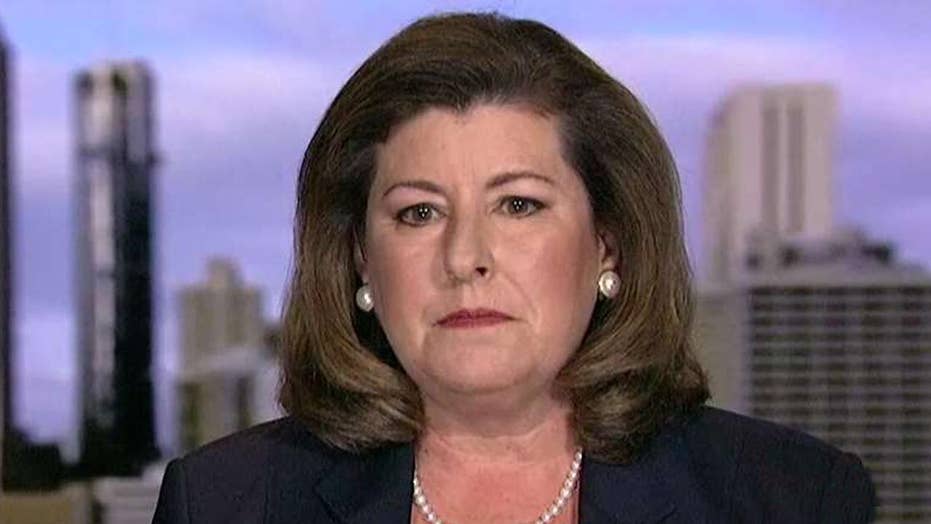 Handel 'delighted' to have Trump's support in Georgia race

Republican candidate speaks out on president's role in runoff campaign

Desperate to salvage their decimated party after losing at every level last November, Democrats have put all their chips on the special election for Georgia’s 6th District.

Democrats from Washington, D.C. to San Francisco to New York City have dug deep into their wallets to support Jon Ossoff’s attempt to take the congressional seat last held by Dr. Tom Price.

So it should come as no surprise to my fellow Georgians that just 3.5 percent of the last $15 million raised by Ossoff actually came from within the state. In fact, four times more money has come from donors in California and New York than his supporters in Georgia. In all, he’s raised a whopping $23.8 million—more money than has ever been dumped into a single congressional campaign.

Campaign donations aren’t the only thing being funneled in from outside the state. Ossoff’s campaign enjoys support from far-left politicians, like Nancy Pelosi, Bernie Sanders, and Tom Perez and elitist celebrities like disgraced “comedian” Kathy Griffin, who recently decided it would be funny to release a video of her holding up a prosthetic that looked like the bloodied, decapitated head of President Trump.

Super PACs and the Democrats’ campaign arm have shelled out millions of dollars and dispatched hundreds of volunteers to try to convince the people of Georgia’s Sixth to elect Jon Ossoff.

Despite Democrats dumping all their resources and manpower into this race, Georgians still aren’t sold on Ossoff.

Could it be that he doesn’t actually live in the district he wants to represent? Jon Ossoff won’t even be able to vote for himself on Election Day.

Could it be that he has virtually zero experience? Ossoff has repeatedly misled voters about his qualifications. Even the left-leaning Washington Post accused him of “resume puffery.”

Handel, on the other hand, has lived in Georgia’s 6th District for decades—almost as long as Jon Ossoff has been alive, as she pointed out at a recent debate.

Her record of good stewardship with taxpayer dollars has been on full display throughout her career, both during her service as Chairman of the Fulton County Board of Commissioners—where she took their budget from the red to the black—and as president and CEO of the North Fulton Chamber of Commerce. Karen also served Georgia as secretary of state, the first Republican to do so in the state since Reconstruction.

Handel is a proven leader with a mile-long track record of working for Georgians. Despite Jon Ossoff and Democrats’ best efforts to throw false and misleading attacks at her throughout this campaign, nothing seems to stick.

The cheap political tricks used by the Democrats prove just how desperate they are. They were decimated in November and have since failed to win special congressional elections in Kansas and again in Montana. This is their last shot to regain relevance.

Georgians aren’t buying their despair and, along with the American people, have made it abundantly clear they are ready for strong Republican leadership in Washington. Time and again, the people in Georgia’s 6th District have proven our values are rooted in conservative principles. From my time serving the district, to Johnny Isakson, and Dr. Tom Price, who both succeeded me, this seat has been held by those committed to upholding and preserving those values – a legacy Karen Handel will surely continue.

We must preserve this seat by turning out on Election Day to vote for Karen Handel to be the next representative for Georgia’s 6th District. We must tell Democrats that Jon Ossoff and Nancy Pelosi’s values do not represent the people of Georgia, and that we are committed to the direction Republicans are taking this country.