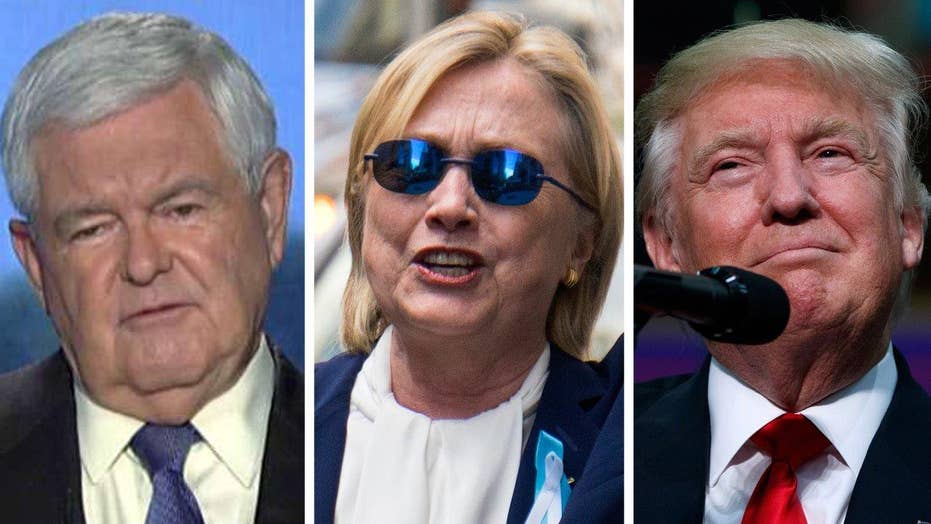 Last week, Hillary Clinton broadened her personal attack campaign from its focus on Donald Trump to include the tens of millions of Americans who support him, claiming, “You could put half of Trump’s supporters into what I call the basket of deplorables. [...] The racist, sexist, homophobic, xenophobic, Islamophobic — you name it.”

The political press treated the remarks as a gaffe, and Hillary dutifully issued an “apology,” confessing that in her string of insults, there was one word she really shouldn’t have said: “half”.

The media saw the remarks as a gaffe because our elites overwhelmingly agree with Hillary about the “deplorables” in the rest of America--and they believe that in politics, as the saying goes, a gaffe is when someone inadvertently tells the truth.

Hillary’s remarks were clearly not a mistake, however. She made them at least twice, the second time after they had already received significant media attention.

The Democratic nominee’s slander of tens of millions of Americans was part of a deliberate strategy to shame and suppress her opponent’s supporters. That strategy relies on allies in the commanding heights of culture and the media to echo her charges and make it too painful for voters to support Trump in public.

The Democratic nominee’s slander of tens of millions of Americans was part of a deliberate strategy to shame and suppress her opponent’s supporters. That strategy relies on allies in the commanding heights of culture and the media to echo her charges and make it too painful for voters to support Trump in public.

Hillary might have been indelicately explicit in attacking those who disagree with her as racist and xenophobic, but she hardly invented the tactic. Her remarks Saturday reflected the attitude that most of the modern left has taken toward its opponents since long before the Trump campaign began.

Anyone who doesn’t agree with the left’s prescriptions or who challenges its assumptions gets labeled a racist, a sexist, a homophobe, an Islamophobe, or in some cases, a science-denier.

The tactic is familiar to anyone who has spent time on college campuses in the past generation. But as in college debates, the reckless, ad-hominem attacks are not a sign of confidence about the argument, but of weakness and insecurity.

The reason we are seeing this kind of campaign is that the left has done such a terrible job at a practical level that they can’t have a discussion about policies in the real world. They know that if we get into a debate about what’s gone wrong, they will lose.

So instead of debating, they shout down opponents with ugly accusations.

That’s why when Donald Trump went to Detroit--a city where the schools are failing so badly that only 7 percent of eighth graders are proficient in reading--and he offered the community a chance at a better future, the left had to call him a racist. They couldn’t debate the facts, because the city has been under their control since 1961 and the facts are appalling.

We see the same phenomenon with respect to Chicago. That city has instituted almost every policy the left could want. And this year on average, one person has been shot there every two hours. In fact, more Americans have been killed in Chicago since 2001 than have been killed in the wars in Iraq and Afghanistan combined.

Trump has pledged to restore safety to our cities, and one of his top advisors has actually done it: Mayor Giuliani cut the rate of violent crime by 56 percent in New York with effective policing. The left, for its part, has no solution to the Chicago crisis. So it calls Trump and his supporters racists.

On national security, Trump points out a bipartisan failure to secure the border, properly screen the people coming into the U.S., or develop a strategy to win the war with Islamic supremacism 15 years after 9/11. Hillary has no good answer for these failures, and she is deeply implicated in them--so she suggests that any criticism is a mark of Islamophobia.

What the left can’t call racist or Islamophobic, they label something else. Clinton has lately been fanning fears of sexism and homophobia as though America has not changed in 50 years, and as though this is not the best time and the best place in history to be a woman or to be gay. (In Clinton’s case, the charges are especially galling considering the amount of money her family has taken from violently anti-women and anti-gay regimes.)

Finally, when ugly accusations fail (as eventually they do) they left must simply lie about reality. This is why the Obama administration made a conscious decision to lie to the American people when it said that if you like your doctor, you can keep your doctor. It is why the administration conspired to lie about the attack on our consulate in Benghazi. And it is why they lie to Americans knowingly about the threat of Islamic supremacism.

If they didn’t lie, they’d lose.

Hillary’s dishonesty, which is rampant and complete, arises from this basic necessity. The calculation is almost as cynical as labeling half of her fellow citizens “deplorables”-- and perhaps even more likely to backfire.