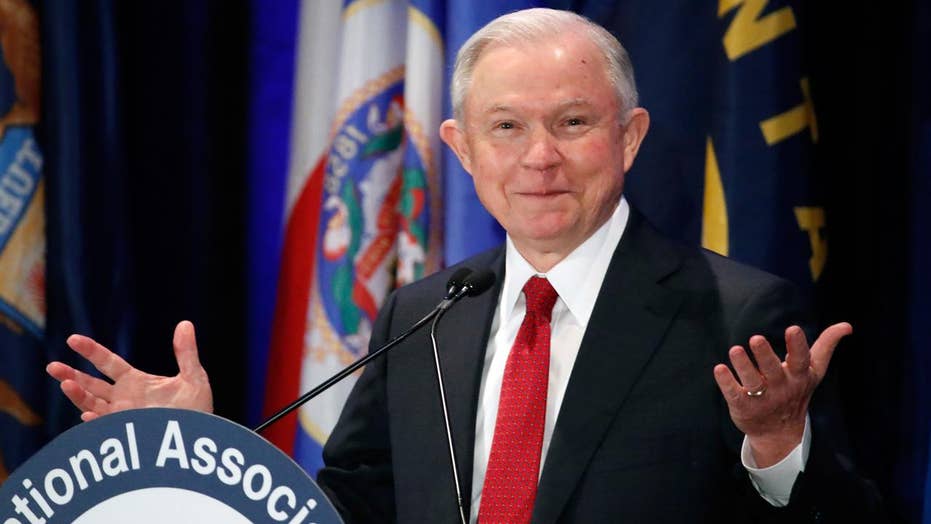 Bias Bash: Justin Duckham on how the press is covering the latest controversy involving the Trump administration

Talk about “over the top”! The overblown rhetoric accompanying calls for Attorney General Jeff Sessions’ resignation reveals that Thursday’s brouhaha is driven by mere political grandstanding, not a real concern over unlawful behavior.

There’s a reason for that: the total lack of evidence that any illegal behavior occurred.

What sparked Thurday’s folderol was a Washington Post report that General Sessions, while still a U.S. senator, met  with the Russian ambassador last year. Twice.

To characterize the first of these encounters as  a “meeting” strains the meaning of the word—to the breaking point. But to claim that he “lied” when he did not reveal these “meetings” during his Senate nomination hearing is even more far-fetched.

Review the record of that hearing with an eye toward context, and you’ll find that Sen. Al Franken (D-Minn.) was clearly asking Sessions if he was aware of any meetings between Trump campaign staff or surrogates and Russian officials to discuss the election. Franken specifically cites a CNN story about a supposed “continuing exchange of information during the campaign between Trump’s surrogates and intermediaries of the Russian government.”

Sen. Sessions answered that he was “not aware of any of those activities.” Noting that he himself had “been called a surrogate at a time or two in that campaign,” he said that he had had no such communication with the Russians.

Obviously, Sessions was talking about discussions concerning the election.

So what are the two meetings that Sessions had? The first came at a conference on “Global Partners in Diplomacy,” where Sessions was the keynote speaker. Sponsored by the U.S. State Department, The Heritage Foundation, and several other organizations, it was held in Cleveland during the Republican National Convention.

Apparently, after Sessions finished speaking, a small group of ambassadors—including the Russian ambassador—approached the senator as he left the stage and thanked him for his remarks. That’s the first “meeting.” And it’s hardly an occasion—much less a venue—in when a  conspiracy to “interfere” with the November election could be hatched.

Sessions also apparently met with the Russian ambassador in September.  But on that occasion, Sessions was acting as a member of the Senate Armed Services Committee, not as a surrogate for the Trump campaign. That’s why the meeting was held in his Senate office. His DOJ spokesperson, Sarah Isgur Flores, says they discussed relations between the two countries – not the election.

There was nothing unusual about this: Sessions met with more than two dozen ambassadors during 2016, including the Ukrainian ambassador the day before the meeting with the Russian ambassador.

There is no reason for Attorney General Sessions to resign.    The FBI has forwarded no investigation file regarding Russian campaign shenanigans to his office for review.

It also must be pointed out that, liberal wishful-thinking to the contrary, there seems to be no evidence that the Russians actually “interfered” in the election.

Former Department of Homeland Security Secretary Jeh Johnson told The Washington Post in December that the department had found no evidence whatsoever that hackers attacked our voting systems on Election Day.

The only “interference” that we know of was the hacking of the Democratic National Committee’s computer system. The emails purloined in that escapade embarrassed Democratic Party insiders by revealing that its claims of neutrality during the hotly contested Democratic primary were a total sham.

While the DNC may have tipped the scales against Bernie Sanders, there was no actual cyber-interference in the voting process in 2016.