Cailee Yielding, Jillian Arroyo and Chris Arroyo explain how the shortage has impacted their families and criticize the 'frustrating' response from leadership.

When the coronavirus pandemic hit America, a lack of protective gear highlighted how vulnerable we are when relying on single source suppliers. It also showed us how quickly companies eager to gain market share will place bids for government contracts only to fall short of providing supply. In crises, we need reliability and safety.

Today, our nation is still facing a shortage of baby formula. Despite the lack of coverage by Biden’s allies in the legacy media or the lack of attention from the White House, the infant formula crisis is far from over. And it is disproportionally impacting our most vulnerable – low-income families, families of color and rural families.

Data from Information Resources Inc. show 20% of baby formula was unavailable at the end of July and ten states had out-of-stock rates at 90% or greater. Baton Rouge and New Orleans – which account for 57% of infant formula consumers in Louisiana – are still experiencing 25-28% out-of-stock rates, while Florida has a 21% out-of-stock rate for similar products. This is what happens when one company, in this case Abbott Nutrition, has a federally-created dominant position in a highly concentrated market.

FILE - Shelves typically stocked with baby formula sit mostly empty at a store in San Antonio, Tuesday, May 10, 2022. The FDA acknowledged Tuesday, Sept. 20, that its response to the national shortage of infant formula was slowed by delays in processing a whistleblower complaint and test samples from the nation’s largest manufacturing plant. A 10-page report from the agency offers the first formal account of the factors that led to the ongoing infant formula shortage.  ((AP Photo/Eric Gay, File))

In fact, Abbott enjoys the majority of a tightly regulated pie, with 35 states (including Louisiana) contracted to exclusively supplement the nutrition of low-income residents through the WIC program. Its biggest competitor, Reckitt/Mead Johnson, controls the market of a mere 10 states (including Florida).

Supposedly this federal protectionism is to ensure that women and infants receive the market’s highest quality baby formula; instead, due to failures of the FDA, Abbott’s factory in Michigan -- responsible for the production of 20% of its products - was able to hoodwink federal regulators and hide what FDA Commissioner Robert Califf has called "egregiously unsanitary" conditions. 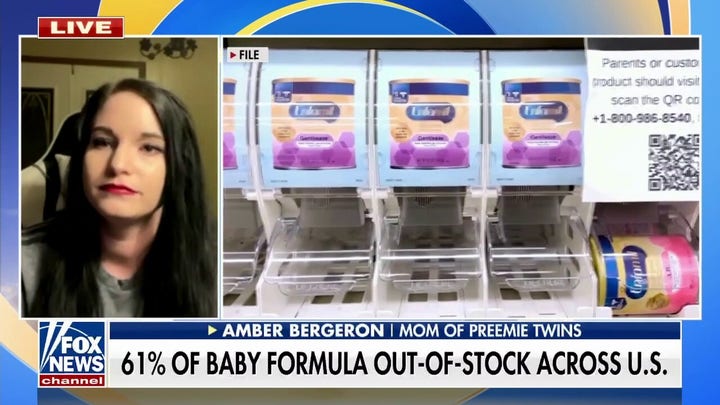 A whistleblower complaint from last October outlined the factory as a place with broken equipment, standing water, caked-on moldy formula, improperly sealed cans, and bacterial contamination – all hidden behind falsified documents. While these conditions could not possibly meet the "gold standard" of the FDA, somehow this factory repeatedly passed inspections. Unfortunately for consumers, their contaminated formula entered the marketplace and several infants died.

This is not exclusive to Abbott; Mead Johnson also has a history of bacterial contamination according to published reports. In fact, cronobacter has been an industry problem since the first case was discovered in 1950. It is known to cause kidney failure, encephalitis, and meningitis in infants, with half of the infected succumbing to disease. In the recent past, such deaths have been directly related to the consumption of powdered formula; but the federal government’s dependence on voluntary compliance has resulted in an industry basically entrusted with regulating itself. 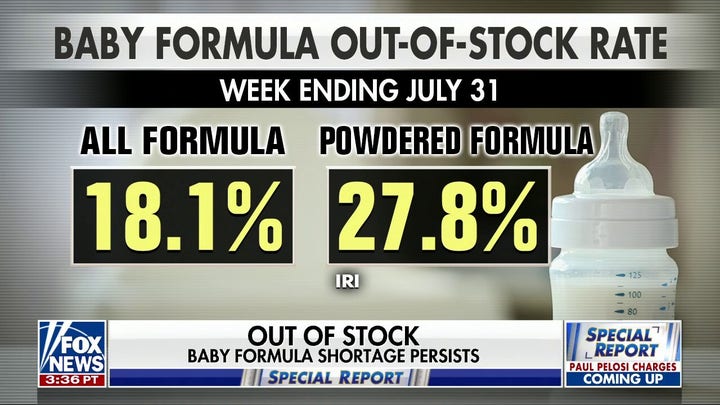 While blame can certainly be placed on the FDA being understaffed and underfunded, the real problem is failure of leadership. And if the federal government insists on giving a handful of companies an unfair advantage in a specific industry, they better require those same companies follow the rules.

However, the Biden FDA appeared far more concerned about getting sued by Abbott than it did about protecting infants from fatal bacteria. It also refused to declare a national health emergency or immediately create an EUA for the importation of baby formula from foreign countries without our tariff of 17.5%.

Instead, Biden’s bureaucrats granted approval to a handful of small batch companies that may not deliver on their promises, including one partly-owned by Communist China -- prioritizing these companies over bigger players that would have been able to immediately deliver the necessary product to aid American families.

At this time, the FDA has only approved an estimated 403 million 8-ounce bottles worth of infant formula – the equivalent of one month’s supply – from ten different companies. This ineptness is putting parents and newborns in Louisiana, Florida, and across our country in distress. What’s more: it is sowing further seeds of doubt.

We need transparency and accountability from the Biden administration on the steps they are taking to ensure tat this crisis, created from market manipulation by the federal government, never happens again. As the chief legal officers of our states, we want answers.

After all: until we learn the lessons of our past, we are doomed to repeat them. We will not sit idly by as the Biden administration plays its dangerous game with the lives of American families.

Ashley Moody is the Attorney General of Florida.

Jeff Landry is attorney general of Louisiana and immediate past Chairman of the Republican Attorneys General Association.