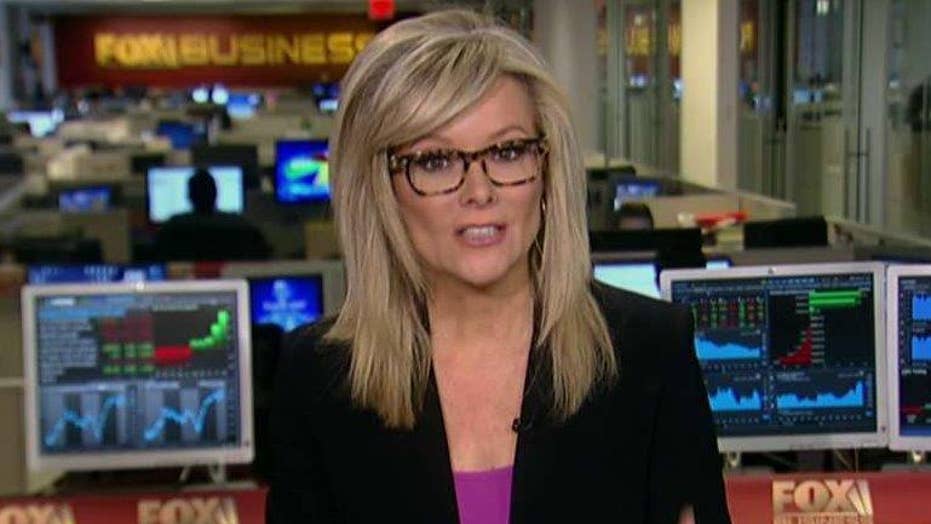 Gerri Willis's fight and a reminder about what's important

Greta's 'Off the Record' comment to 'On the Record' viewers: The grim announcement by FBN's Gerri Willis that she is battling breast cancer is a reminder to us all about what's truly important in life and not to get caught up in small, petty stuff

I’ve always prided myself on being different and forging my own path. I was the first woman in my family to earn a college degree. I was the first (and still the only one) to move to New York to start a career. I like being different. But that changed on April 28. -- I’m no longer a trail blazer. On that day, I was diagnosed with breast cancer and became one of a large and growing number of women with breast cancer, the second leading cause of cancer death in women.

More than 307,000 women will be diagnosed with breast cancer this year alone in the U.S., according to the American Cancer Society . One in eight or 12 percent of women in the U.S. will develop breast cancer in their lifetime. Survivors of the disease number 2.8 million, including those still being treated.  As a breast cancer patient, I have plenty of company.

This is not a club I asked to be a member of. But there you have it.  Getting people to talk about it is not easy. Even medical professionals struggle with saying the “C” word.  My tests were “positive.” That’s how my doctor described them when she gave me my diagnosis. It was up to me to fill in the blanks. “I have breast cancer?” I responded. “Yes,” she said.

I’m not the kind of person who enjoys talking about my medical conditions but I am talking about this – and here is why: The type of cancer I have is called lobular and represents just 10 to 15 percent of breast cancer cases. It’s not what you expect – the cherry or plum shaped tumors easily spotted by mammograms. My cancer tumor is shaped more like a miniature Mars bar. It’s oblong. One of the healthcare experts I talked to described it as “stealthy.”  A cancer shape shifter.  And, for that reason, it’s difficult to detect by mammograms.

The type of cancer I have is called lobular and represents just 10 to 15 percent of breast cancer cases. It’s not what you expect – the cherry or plum shaped tumors easily spotted by mammograms.

Let’s face it, in our society, mammograms are seen as the definitive test for breast cancer. But I had a mammogram just six months before diagnosis and it came up negative.

So here is what I am saying: Please check yourself. Give yourself a thorough exam regularly.  For guidance check out the Susan G. Komen website. Watch for changes in your breasts. An inverted nipple, discharge or new pain in a spot that doesn’t go away are signs of potential problems.  Self-examination doesn’t replace mammograms, not by a long shot. It’s simply an extra step you should do to stay safe.

Bottom line here: My recovery chances are high. My cancer is Stage 2, an early stage. The tumor is such that it will respond to many different therapies.  I will likely be just fine. But I hope and pray that other women will remember despite all the other demands of their lives -- the kids, the job, the husband -- to regularly examine themselves. There is no substitute.

Next week, I will start treatment at Memorial Sloan-Kettering Cancer Center where I am lucky enough to have some of the best doctors in the world taking care of me . The first step will be a mastectomy, followed by chemotherapy, and possibly radiation.

I am ready to get started. Because getting started is the first step towards getting better, which is something I fully intend to do.