Geraldo Rivera: Puerto Rico about to slide into Third World

SAN JUAN – As a concerned citizen with deep personal ties to the Puerto Rican people, I am heartened by your coming visit to this storm-ravaged island, home to 3.4 million of our fellow citizens, including members of my own family.

This is a community in dire need of outside assistance after two devastating hurricane strikes in two weeks. As you know, Mr. President, the entire agricultural crop has been wiped out. The whole island is still without electrical power. Half the people have no running water, and the communications network has also been destroyed.

Cell phone towers are down everywhere, and numerous streets remain clogged by downed trees and debris from the storm.
Hospitals and other vital institutions are also severely damaged and vital staff members struggle to get to their jobs because of fuel shortages that require waits of six hours or more at stations lucky enough to have gas.

I am concerned that the relief effort up to this point does not seem to reach the scale necessary to alleviate the misery inflicted by the storms. 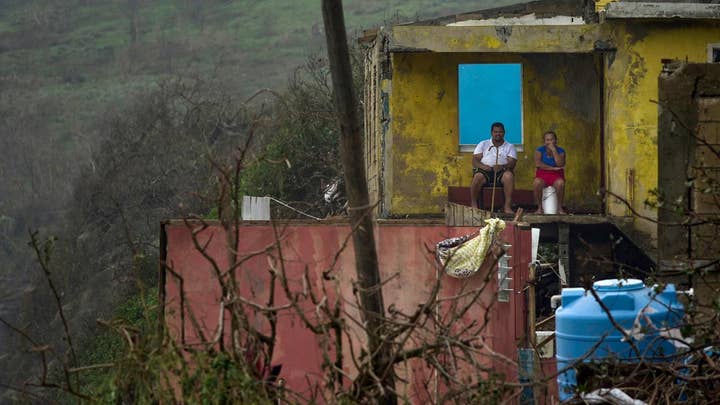 Relief flights have finally started after a distressing delay, but what this beleaguered island needs are giant ships bearing cargoes of fuel, telephone poles, generators, heavy equipment and the like.

My tour of the port of San Juan does not show anything like the effort required to turn this awful thing around. Suspend the Jones Act, at least temporarily, so foreign flag vessels can join an armada of U.S. ships bearing critically needed assets to rebuild and replace the wreck that exists now.

What we really need, if this slice of America is to be saved from sliding into the Third World, is a massive effort on the scale of  the Marshall plan that rebuilt Europe from the chaos, ashes and destruction of World War II.

Call it the Trump Plan, if that's what it takes, brand it like your impressive buildings and hotels. However it is to be accomplished it needs to be done, so that decades from now children here will be taught how the president representing the American people, came to the rescue of our fellow citizens in crisis.