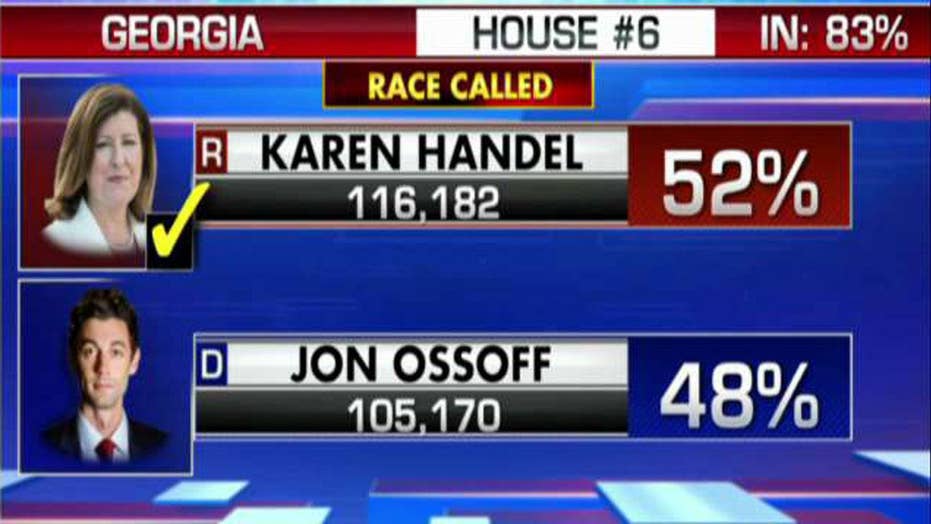 The stakes were high for Mr. Ossoff, a 30-year-old documentary filmmaker, who has never held public office, in a race that was indicative of much more than merely a seat in the House.

In November 2016, President Trump underperformed in the historically conservative district, and Democrats were hoping to capitalize on the president’s low approval rating.

With Ossoff’s defeat to Handel by as many as five points, however, it is clear the Democratic Party needs to do some soul searching before it can return to power in Washington.

To be sure, since November 2016, there has in fact been a considerable swing to the Democrats in traditionally Republican House districts.

In the early-April special election in Kansas for newly-appointed CIA director Mike Pompeo’s former House seat, Democrat James Thompson was defeated by only seven points in a district which President Trump won by 27 points.

In Georgia 6th district in particular, Tom Price won reelection by 24 points in November 2016 prior to being nominated Secretary of Health and Human Services – a margin of victory that was 19 points wider than Handel’s winning margin over Ossoff.

Nationwide, this movement to Democrats will continue to serve the party well as it prepares for the 2018 midterm elections. Coupled with President Trump’s flagging approval ratings, which have recently begun to fall consistently below 40 percent in the latest polling aggregates, put Democrats in a prime position for future electoral success statistically speaking.

At the same time, while the statistics appear to be in the Democrats’ favor, the party’s message must be refined in order to offer a message that breaks through to voters and will allow the party to successfully govern in the future.

Since President Trump’s Inauguration Day, I have consistently argued that the Democratic Party must promote a forward-seeking, alternative policy agenda nationally in order to maximize its position, rather than merely offering resistance to President Trump at every step.

Jon Ossoff surely attempted to communicate a more centrist Democratic platform in Georgia’s 6th district, but without a coherent message from the party’s national leaders, Ossoff struggled to assuage traditionally Republican voters to accept a very reasonable alternative in himself.

For the Democrats going forward, grassroots passion and voter mobilization will continue to be effective tools to achieve their many political objectives, but they can’t be the only tools they take advantage of.

After the most recent series of special elections, it is clear the party has reached a point where moral victories must become actual victories.

Fundamentally, the Democratic Party must salvage its future with a message for American voters that goes beyond the president’s shortcomings and offers a clear, viable strategy to actually enact the policies voters desire and Republicans led by President Trump have struggled, if already not failed, to deliver.

It is clear that opportunity abounds for the Democratic Party. What remains to be seen is if they will operate under the strategy necessary to fulfill that potential.