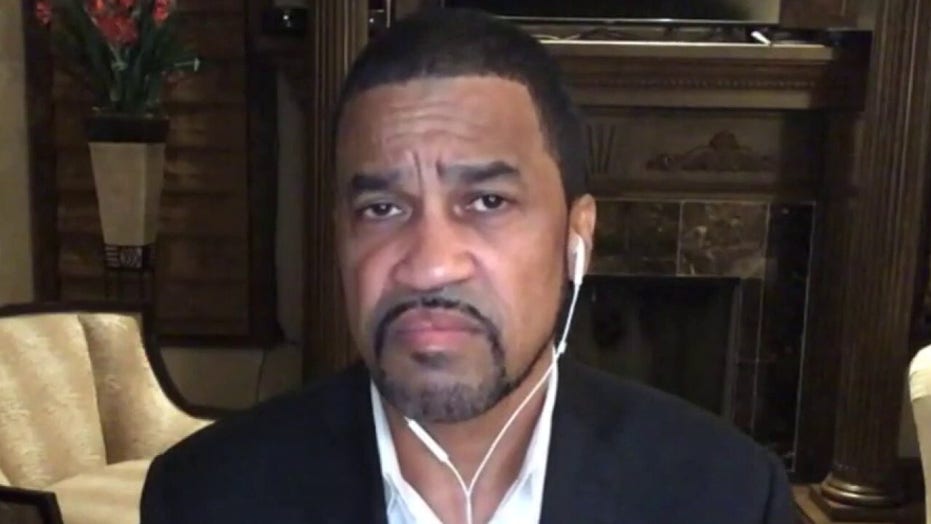 Calls to “defund the police” coming from some liberal groups and city officials around the country are no doubt welcomed by anarchists, anti-government extremists, hate groups, terrorists, murderers, rapists, robbers, burglars, illegal drug dealers, pedophiles and other criminals.

For the rest of us – especially people in low-income communities where African-Americans disproportionately live – the calls to cut funding for law enforcement would be a nightmare that would tragically create far more crime victims and cost more law-abiding citizens their lives.

The slogan of “defund the police” has arisen in the wake of rioting and looting that hit cities around the country following the killing of George Floyd, an unarmed and handcuffed black man, at the hands of Minneapolis police on Memorial Day.

TAMMY BRUCE: DEMOCRATS EXPLOIT CITIES — THEY'VE RULED FOR DECADES BUT GUESS WHO THEY BLAME FOR PROBLEMS?

There is no justification for Floyd’s killing, and thankfully the officers involved will face justice. But killings of unarmed people of all races by police are extremely rare. In virtually all cases, police protect us from crime – they don’t inflict crimes upon us.

Advocates of cutting police funding tell us they would make our communities safer by diverting funds from law enforcement agencies to social services and educational programs to reduce poverty and other so-called “root causes” of crimes. They want to move away from “911” and embrace “311” – relying on social workers, psychologist and other unarmed professionals to defuse crimes nonviolently.

This may sound attractive to an idealist. But in the real world, calls to defund the police are ill-fated. The end result would create a dangerous two-tiered justice system.

It’s time to defend our good officers who serve their communities equally and lawfully, risking their lives on the line to protect ours.

The defunding or complete elimination of police departments (an even more extreme step some are calling for) would not make neighborhoods around the country safer. It would embolden the criminals who wish for a more lawless society so they can continue to prey upon innocent victims.

And importantly, these radical steps would not further the cause of equality or eliminate racism and poverty. Things would just get worse for our disadvantaged population.

I have worked in the private security sector for over 15 years since leaving the military. I – and others in my profession – have provided personal security protection for U.S. diplomats, foreign officials and wealthy families around the world.

If police departments become less able to protect communities because of funding cuts, private security and risk management firms will fill the vacuum and provide protection to businesses and communities that can afford it.

REPUBLICAN AGS COME OUT IN FORCE AGAINST DEFUNDING POLICE

Affluent people and neighborhoods will hire privatized security guards to patrol and maintain order in their communities. Urban areas and low-income communities that can’t hire their own private security forces will suffer.

Who will the urban and low-income families call when a family member is raped? Who should they turn to when looting and murder rates increase further in areas like Chicago, which saw18 killings May 31 – the deadliest day in nearly 60 years? Will vigilante justice rise in communities that can’t afford the privatized security? Will stores and businesses exit communities made more dangerous by a smaller police presence?

This is not the time to defund the police. It’s time to defend our good officers who serve their communities equally and lawfully, risking their lives on the line to protect ours.

Keep in mind that not all police officers are white. Many people of color serve with distinction on police forces, and defunding their departments would throw many out of work. One outstanding African-American former officer – retired St. Louis Police Captain David Dorn, 77 – was tragically shot and killed June 2 by a looter as Dorn was trying to protect a friend’s pawn shop during rioting.

As we’ve seen, President Trump has denounced the killing of George Floyd and ordered the FBI to investigate to determine whether the actions of the officers involved violated federal law. The president supports law and order to protect people of every race and ethnicity. Both he and Attorney General William Barr have said they oppose defunding the police as a dangerous move.

Republican attorneys general are pushing back on calls to defund law enforcement, arguing that it would be extremely dangerous and reckless.

I served in the military to defend America’s liberties and uphold our rights. Our law enforcement officers serve to ensure that our service battling enemies abroad is worth the effort when we return home. We must defend the Constitution and protect our communities from criminals – not defund the police.