After 11 days of airstrikes and rockets involving Israel and the Hamas terrorist group in Gaza, the two sides overnight agreed to a cease-fire; Greg Palkot reports from Jaffa in Tel Aviv.

The Gaza ceasefire ended President Joe Biden’s first big foreign policy crisis but don’t count this as a win for Team Biden.  The ceasefire is encouraging, but it leaves Iran as the big winner and the Democratic party on the verge of foreign policy disarray.

In military terms, Iran is thrilled about the 3,700 rockets fired by their terror proteges in Hamas. Iran also raked in valuable military intelligence from watching Israel’s Iron Dome defend against big missile salvos of up to 200 per night.

Upgrading the missile capabilities of Hamas in Gaza was one of the late Qassim Soleimani’s personal projects.  For Iran’s nasty Quds Force, which he once commanded, the Hamas missile strikes are yet another payback for the killing of Soleimani by U.S. forces in January 2020. 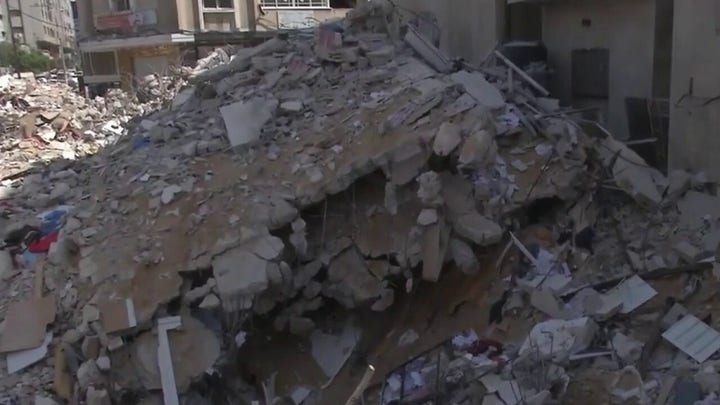 Iran will also have observed the pace and character of Israel’s precision air strikes against Gaza targets.  On top of that, Iran took yet another opportunity to experiment with its drones. Israel claimed it shot down an Iranian armed drone, probably similar to the type US forces shot down over Syria in 2017.

In fact, Iran was quite satisfied with the Gaza fight after a week and a half.  "Palestinians could destroy all Israeli industrial facilities and air bases with missiles," Gen. Hossein Salami, head of Iran’s Revolutionary Guard Corps, boasted Wednesday.  That’s a stretch, but no question Iran will use the Gaza fight as tactical inspiration for other terror clients

Makes you wonder if Hamas agreed to stop in part because Iran had what it wanted – so far.

HAMAS LEADER THANKS IRAN FOR SUPPLYING WEAPONS TO GAZA

There’s no doubt Team Biden worked hard for the ceasefire. But against these seasoned villains, Team Biden was slow off the mark.

Last weekend, Secretary of State Anthony Blinken got tangled up in conflicting reports about the Israeli strike on a building in Gaza used by the Associated Press, Al Jazeera and apparently, Hamas.  Hamas has done this before.  France 24 reported that during the 2014 fighting Hamas put rocket launchers next to a hotel used by international journalists. 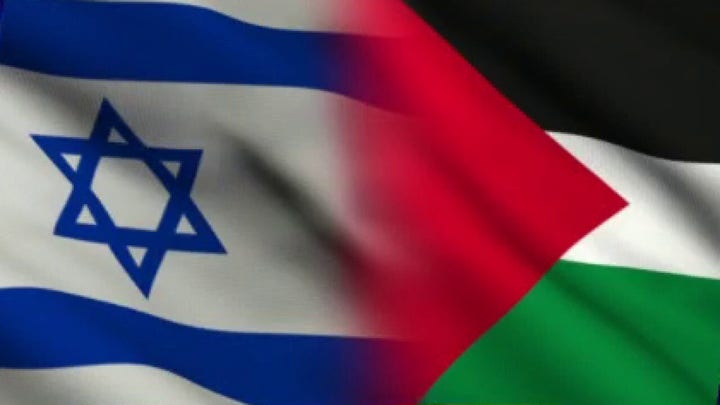 Don’t forget the ceasefire was brokered by Egypt’s President Abdel Fattah al-Sisi.  Biden telephoned Sisi for the first time on Thursday. Biden was right to do so, and to thank Egypt from the White House podium Friday.

Yet how ironic.  President Sisi, as Biden and Blinken vividly recall, was the Egyptian general who in 2013 led the coup to toss out Islamic extremists and stabilize Egypt after the 2011 revolution, an uprising smiled upon by Secretary of State Hillary Clinton and President Barack Obama.  Obama and presumably Biden opposed Sisi’s takeover and cut off military aid for a time, even after Sisi stood for election.

Waiting to call Sisi, the broker of the 2014 Gaza ceasefire, reflected no great credit on Biden. Let’s hope there was more sensible action behind the scenes in what Biden described as "quiet, relentless diplomacy."

Gaza also revealed that Democrats are a mess when it comes to foreign policy.  Sen. Bernie Sanders, I-Vt., called for suspending military aid to Israel. In Dearborn, Michigan on Tuesday, 1000 people turned out for a march to support Palestinians, complete with a giant red, white, green and black Palestinian flag carried in the street.

Many other nations around the world groan at both Palestine and Israel, but Biden seemed especially unsure about how to grapple with the problems posed by Rep. Rashida Tlaib, D-Mich. and others.  With Tlaib, he took the emotional route, praising her "passion" and wishing her family members the best.

Biden has no margin for error in asserting U.S. leadership. China’s Foreign Minister Wang Yi weighed in early on Gaza, by blaming the US for blocking action by the UN Security Council.

If Team Biden can’t keep up, China will have a go.

Hopefully it won’t come to that.  Biden and Blinken still have the tremendous advantage of strong U.S. military ties to the region, the victory over ISIS secured under Trump and the Abraham Accords.

But make no mistake. The 11-day Gaza fight took a chunk out of the U.S., too.