On September 14th, Californians will go to the polls to answer a simple question: does Governor Gavin Newsom deserve to lead the Golden State?

An objective look at his record makes clear he has failed Californians from Costa Mesa to Crescent City. Gavin Newsom's disastrous policies have left California in far worse condition than it was before his failed tenure. He has been nothing less than the worst governor in California’s history: the California Dream has turned into a nightmare under his watch.

Due to Gavin Newsom’s failed leadership, California is at the top of all the wrong lists. The state has the highest rate of homelessness in the nation -- in fact, more than one-quarter of America’s homeless population resides in California.

California’s unemployment rate clocks in at second-worst nationally, and the housing costs there are the most expensive in the nation with an average price tag of more than $800,000.

DAVID MARCUS: DON'T PUT A FORK IN THE CALIFORNIA RECALL

Newsom’s totalitarian approach to COVID-19, marked by some of the harshest lockdowns in America, spurred on this economic destruction; by attacking small businesses, undermining workers, and strangling any semblance of an economic comeback from the pandemic, Newsom bears the blame for the disaster facing Californians right now.

He also bears the blame for the exodus currently taking place from his state -- so many Californians are fleeing for other states that California just lost a congressional seat for the first time in its history. 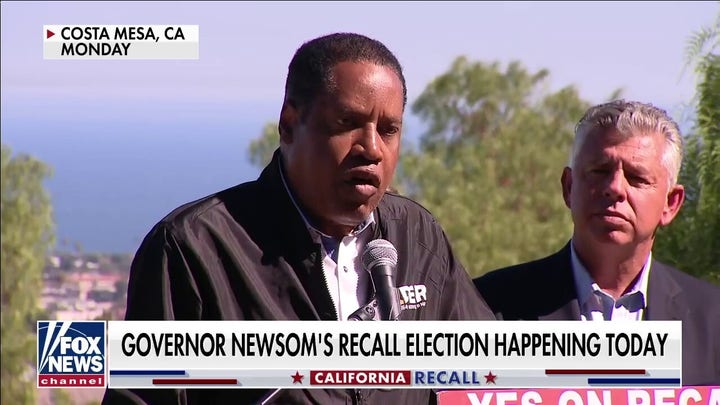 It’s crucial to remember that Newsom flouted his own draconian restrictions even as he sought to control the lives of his citizens through overbearing lockdowns.

An economy -- and state -- in flames. Authoritarian, job-killing lockdowns. Hypocrisy, dishonesty, and skyrocketing crime. This is Gavin Newsom’s California.

The images of him dining unmasked at the uber-exclusive restaurant French Laundry -- accompanied by medical lobbyists, just days after imposing brutal lockdowns on regular Californians -- are the very definition of hypocrisy. This is a man who has no interest in the people who he swore an oath to serve. For Gavin Newsom, lockdowns are for the common folk, not elites like him.

This governor’s failures aren’t just limited to a tanking economy and hypocritical, authoritarian lockdowns. Newsom has also presided over a stunning surge in crime across his state. California saw a 31% increase in homicides in 2020 as several of its cities moved to defund their police departments. In Newsom’s home city of San Francisco, videos of shoplifters brazenly stealing goods with no fear of retribution have gone viral.

Meanwhile, wildfires are raging on an increasingly regular basis -- and the worst may be yet to come.

What did Newsom do when faced with a chance to lead on wildfire prevention? He lied, drastically exaggerating the acreage his administration had treated to prevent fires by 690%. Newsom also slashed the state’s budget for firefighting by more than $150 million. That’s backward, unaccountable "leadership."

This is Gavin Newsom’s California. 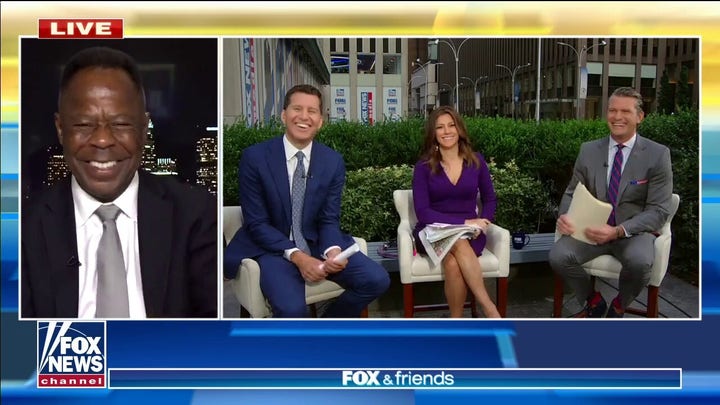 He’s repeatedly tried to nationalize this election, bringing in far-left surrogates like Senator Elizabeth Warren and Vice President Kamala Harris and even President Joe Biden and denigrating the very legitimate concerns voters have with his record in office. That’s just cheap political spin.

Californians -- Republicans and Democrats alike -- are fed up with Newsom’s masterclass in failure.

Gavin Newsom has had three years to solve California’s problems. He has only made them worse.

His time in office is up.