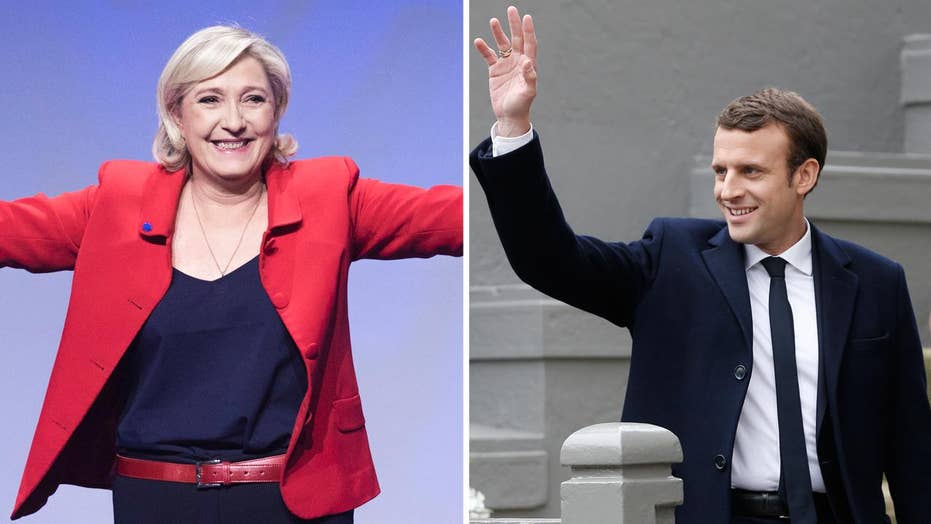 Did France just plug the dike on the crumbling European Union, or will it now crack wide open? It depends on who you think “won” Sunday’s first round of presidential elections.

Emmanuel Macron, a former minister in the current Socialist government who calls himself an outsider, formed his own movement and took almost 24 percent of the vote on vague promises about a brighter future. Much of Macron’s backing came not from rabid supporters but sworn enemies of the woman he will face in a run-off next month.

Declaring her 22 percent of the vote to be “historic” for France, Marine Le Pen of the right-wing National Front must now convince French citizens that her strident calls for tighter border security and less reliance on the E.U. are not a threat to their pampered social welfare net and generous government benefits. That won’t be easy.

But Le Pen can also claim – with justification – that she, and not Macron, represents the radical change that millions of Frenchmen say their country needs.

For the rest of Europe, the stakes could not be higher. A Macron victory on May 7 would be an immense relief to the European Union, which is in the process of getting divorced from Great Britain.

The E.U. has also become the punching bag of an insurgent party in Italy that is calling for increased national sovereignty instead of centralized decision-making in Brussels.

Like the Americans who voted to make Donald Trump president last November, a largely overlooked part of France wants to dethrone the traditional political system that has remained entrenched in power for decades.

While most political commentators expect Macron to win the run-off, they may be overlooking the anger that native-born, working class French voters harbor against the “system.”

The poor showing of Francois Fillon, a right-of-center veteran politician who droned on about traditional French values, while trying to defend himself against corruption charges, bared the growing dissatisfaction Frenchmen feel with their leaders.

Likewise, Socialist Benoit Hamon came up short, with his same-old, same-old pledge to keep France a vibrant member of the E.U., and keep the government subsidies flowing. Embarrassing the Socialists to boot.

Le Pen, far more than Macron, tapped into French fury with the status quo. Her tough stand against continued mass immigration, especially Muslims who now make up 11 percent of the population, resonated with citizens who have been traumatized by repeated Islamist terrorist attacks over the past two years.

Le Pen’s opponents will now circle the wagons and throw their support behind Macron. That might be enough to send him to the Élysée Palace. Then again, Le Pen supporters, like those of Trump, have demonstrated a loyalty and enthusiasm that none of the other candidates can claim.

If enough of them turn out a second time, she may pull off an even bigger surprise than the Tweeter in Chief. Yuge, in fact.