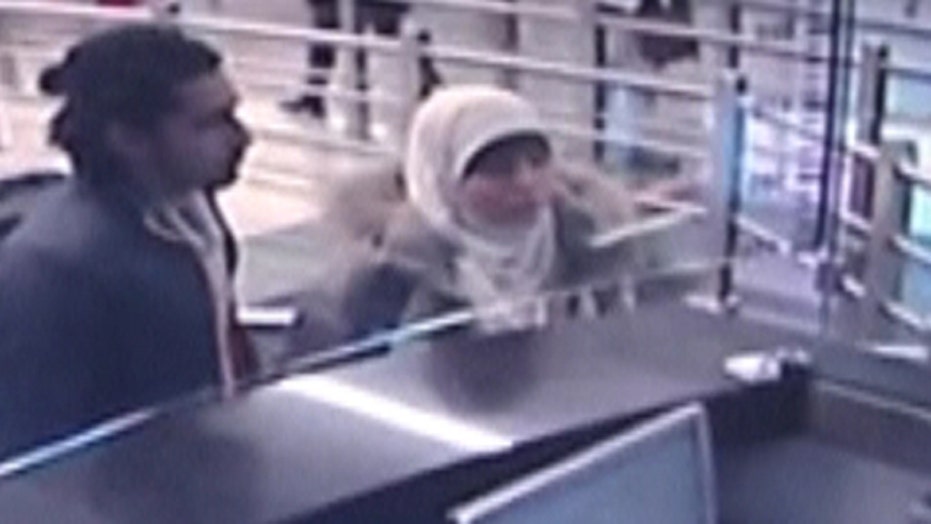 As the world continues to reel from the horror of Islamist terrorism in France, one common refrain from commentators and "experts" is that this is now the new normal, that we must be prepared to deal with so-called lone-wolf terrorism for decades. Only if we've all agreed to commit suicide.

In the days to come, we'll be inundated with articles and commentary from "big thinkers" contemplating what the United States, the Jews or cartoonists did to cause this, and when the "backlash" against Muslims will ensue.

Yet right now, the serious conversation should be this: What obvious and sensible changes must governments implement to keep this from becoming horribly "normal" and if we are to have any chance of stopping the enemy:

First, Islamists who go to the Middle East to train and fight with a terrorist army must not be allowed to return to any Western nation.

Second, acknowledge this is a world war and stop treating terrorism as and equating it with regular civil crime.

Third, imprison the terrorist enemy in military prisons, ending their ability to "radicalize" civilians in prison.

Fourth, as in war time, arrest those who spread propaganda for the enemy, recruit for the enemy and support the enemy. For those wringing their hands that we must put up with it in a free society, hogwash. It's a crime to encourage or solicit murder. And if one is associated with and a supporter of an active enemy, it's also treason.

The now-dead Islamist terrorists in France, responsible for the bloodbath at Charlie Hedbo magazine in Paris, had been known to police authorities for a decade, not just for petty crimes, but for terrorist activities. One of these terrorists served just three years for terrorism-related activities. While his behavior was recognized as terrorism, he was treated like any common criminal. He was then not only allowed back out onto the street, reports are he traveled to Yemen for training with Al Qaeda.

When Yemen discovered he wasn't there as a student to learn Arabic but being trained in terror, he was deported right back to France, which accepted his return.

Those who go to the Middle East for training and fighting for the Islamic State and Al Qaeda should obviously not be allowed to return to the West — not just their home country, but any western nation. This isn't rocket science, it's common sense.

When President Obama's administration announced we, too, would allow terrorist-trained Islamist fighters to return to the United States after their ghoulish turn as mass murderers in Syria or Iraq, we were told by U.S. officials that they would keep a close eye on the jihadis.

As we're learning from the French experience, knowing who the enemy is and watching them as they roam freely will not end well. It will likely, in fact, result in a cascade of terror and death.

During the Paris siege, many news anchors and commentators questioned how the French could improve surveillance of terrorists and their sympathizers.

Here's an easy answer for all of us: You don't need to worry about surveillance if terrorists aren't allowed to roam freely. Knowing who the terrorists are and allowing them freedom to strategize, plan and operate is madness.

This conscious refusal to accept reality also allows liberal western societies to treat these war criminals as common criminals. Much of the analysis of the French atrocities has noted that one of the terrorist brothers had been "radicalized" in prison when a young man.

How does this happen? By treating the Islamists terrorist enemy as though they are regular criminals and putting them in civilian prisons where they are free to manipulate and "recruit" other young men in especially vulnerable situations.

The western world can immediately act on the fact that this is war and place captured terrorist enemies in military prisons, isolating them from civilian society. If governments continue to treat terrorism as regular crime and place terrorists in civilian prisons, their cancerous influence will spread.

Why does this madness continue? I suggest the explanation rests on something quite banal for liberal governments and politicians: money.

Facing a world war like this takes money, which big governments run by liberals don't have. The United States, as an example, hasn't even bothered to have a budget during the entire Obama presidency. It also takes an investment in the military, which liberals are equally loathe to do.

On Friday, the day the French police and military confronted two terror hostage situations, Mr. Obama announced his new plan for "free" community college education for whomever wants it.

Some analyses indicate this free education would cost taxpayers $60 billion over the next decade.

In the meantime, Mr. Obama is fixated on saving money, but only when it comes to the military. As The Daily Caller reported just last week, "The Pentagon to close 15 military bases in Europe in an effort to save around $500 million a year."

The western world's Mr. Magoo approach to the continuing Islamist world war may allow them to throw around money with promises of "free" stuff for everyone, but the ghoulish reality is the only gift offered by today's deluded politicians is life in a world controlled by savage, mass-murdering cultists.