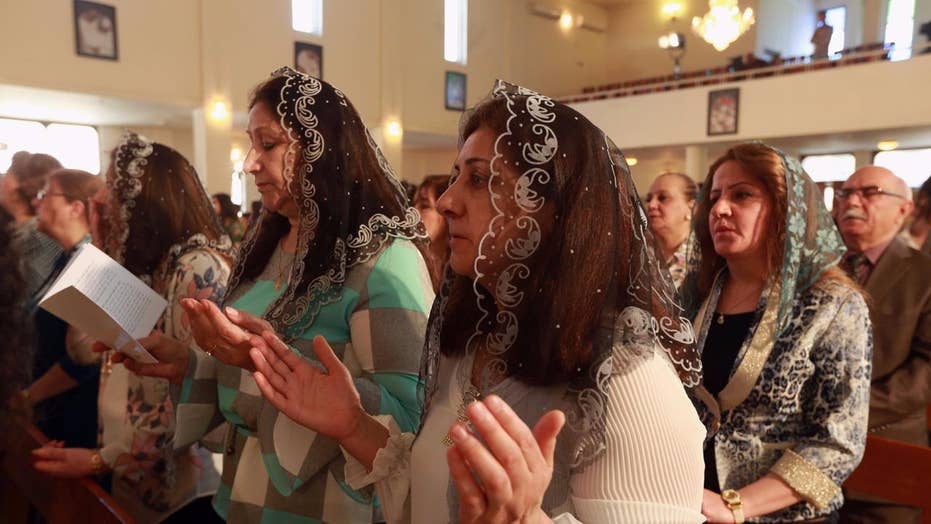 Rep. Chris Smith, R-N.J., has given President Trump a grand opportunity to do something he has yet to do in his first months in office: make significant progress on religious freedom for persecuted Christians and other religious minorities around the world. With the recent passage of the Iraq and Syria Genocide Emergency Relief and Accountability Act (HR 390) by the House of Representatives, the President is well-positioned to make a bold move to stabilize the region.

If passed by the Senate, the Iraq and Syria Genocide Emergency Relief and Accountability Act will provide relief to those victimized by the ongoing genocide, human rights violations and war crimes by terrorist groups. But it is perhaps the secondary effects of this bill that will lead to the most powerful and lasting impact.

HR 390 allows the U.S. to assist in the reestablishment of Christian, Yazidi and other minority communities in the Middle East, which are central to the survival of a pluralistic and open society—a giant slap in the face to the stated goal of ISIS to drive out all those who do not embrace their savage ideology. It also gives hundreds of thousands of refugees the opportunity to return to their homes instead of seeking refugee status in the West or risking dangerous journeys to enter Europe in desperation. And to be sure, as we often witness firsthand at Open Doors through our work on the ground in Iraq and Syria, many Christians wish to remain in their homeland and would do so if they had not lost hope after years without resources, as the world turns a blind eye to their plight.

Open Doors USA ranks Syria and Iraq at number 6 and 7 respectively on our World Watch List of the most difficult places for Christians. The need to protect and establish Christian and Yazidi communities in this region is urgent.

The question that ought to occur to the President and members of the Senate is why this kind of bill was not passed years ago. The answer lies in the Obama administration’s sluggish admission of the genocide against these populations. Faulty crisis mapping at the State Department, or perhaps political maneuvering in the White House, held the administration back from acknowledging the religious nature of these attacks on persecuted Christians and other religious minorities. This happened despite ISIS plainly stating its goal to drive out Christians, Yazidis and many other sects. Fearful of inciting religious tensions, they played directly to the hands of the terrorists. Now the Christian population of Iraq is a fraction of what it was just a few years ago. At one point it was around 1.5 million—now somewhere fewer than 200,000, with census details obviously hard to come by. But with the acknowledgement last year by the U.S., EU and others of the genocide against these groups, action must now be taken to assist and help establish Christians and Yazidis remaining in their homelands.

The mass exodus of Christians from the region is one of the reasons Open Doors has launched a campaign in consultation with Christians from Iraq and Syria, titled One Million Voices of Hope for the Middle East. We have developed core policy recommendations designed to help restore hope and stability in the region, enabling and empowering the Christian community and other at-risk religious minorities to return and contribute to the rebuilding of their homelands. Without the return of the Christian community, both Syria and Iraq risk losing a key influence for the future of the region—not only in overall stability, but also in economic development, education, health care, and peace building and reconciliation efforts.

Evangelical Christian voters seem to have been patient with the President thus far on international religious liberty issues, as they were with President Obama. But with the lack of key appointments in the State Department on religious liberty—there has been no whisper of a new ambassador-at-large for international religious freedom, and rumor has it that it could be empty until at least the fall of this year—that patience will not last forever. The President’s enthusiastic words on religious freedom around the world, and the importance of helping persecuted Christians, must to be met with action. Expediting this bill in the Senate and signing it swiftly would be a great victory for the President’s stated agenda.

As CEO of Open Doors USA, which ranks Syria and Iraq at number 6 and 7 respectively on our World Watch List of the most difficult places for Christians, I know the urgent need to protect and establish Christian and Yazidi communities in this region. For many years we have noted the sharp rise in persecution and sought to attend to the needs of these embattled communities.

Without these strong minority faith communities, the terrorists will have won their stated goal. We cannot allow this to happen—not only for the potential consequences of future movements along similar lines, but for the human toll that will play out for years to come on those communities that have existed since the time of Christ, and which are now lying fallow and empty.

In the north of Iraq and around the margins of Syria are hundreds of thousands of Christians and other religious minorities who are wondering if the world has forgotten their pain. We shall soon know the answer to that question. Let’s prioritize this crucial bill to assist victims of the genocide and begin the resettling of these brave, integral and historic communities. The Iraq and Syria Genocide Emergency Relief and Accountability Act offers a powerful opportunity for this administration to back their words with action.

David Curry is the president and CEO at Open Doors USA, a global advocate for persecuted Christians that works in the most restrictive and oppressive countries for Christians.