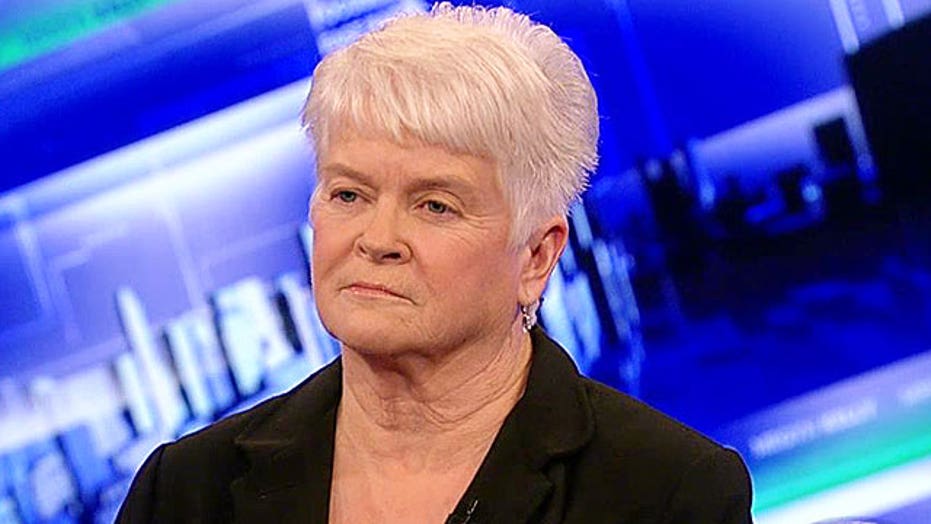 Exclusive: Florist who refuses to do gay wedding speaks out

Barronelle Stutzman, a Washington State florist who declined to provide flowers for a gay wedding , has rejected a deal by the attorney general’s office that would’ve forced her to betray her religious beliefs – much like Judas betrayed Jesus.

Stutzman said she never imagined the day when what she loved to do would become illegal.

“You are asking me to walk in the way of a well-known betrayer, one who sold something of infinite worth for 30 pieces of silver,” Stutzman wrote in a letter to state Attorney General Bob Ferguson. “That is something I will not do.”

Stutzman said she never imagined the day when what she loved to do would become illegal.

Ferguson had offered to settle the case if she paid a $2,000 penalty for violating the Consumer Protection Act, a $1 payment for costs and fees, and agreed not to discriminate in the future.

“My primary goal has always been to bring about an end to the defendant’s unlawful conduct and to make clear that I will not tolerate discrimination on the basis of sexual orientation,” Ferguson said in a prepared statement.

On Feb. 18 a judge ruled Stutzman had violated the law by refusing to provide flowers for the same-sex wedding of a longtime customer. The state had not only gone after the flower shop but also Stutzman personally.

“He’s using the full power of his office to personally and professionally destroy her,” ADF attorney Kristen Waggoner told me.

But the 70-year-old Southern Baptist grandmother said she will not violate her religious beliefs – no matter what. If that means losing her house – so be it.

“I certainly don’t relish the idea of losing my business, my homes and everything else that your lawsuit threatens to take from my family, but my freedom to honor God in doing what I do best is more important,” Stutzman wrote in a letter to the attorney general. (You can read my earlier story on Stutzman’s case here.)

She said the attorney general simply does not understand her or what the conflict is all about.

“It’s about freedom, not money,” she said. “You chose to attack my faith and pursue this not simply as a matter of law, but to threaten my very means of working, eating and having a home.”

Stutzman’s attorneys said they plan to appeal the judge’s decision – meaning she won’t have to fork over any money just yet to Washington State.

In the meantime, she said she would continue to gladly serve the customer who filed the lawsuit.

“I truly want the best for my friend,” she wrote. “I’ve also employed and served many members of the LGBT community and I will continue to do so regardless of what happens with this case.”

Stutzman said she never imagined the day when what she loved to do would become illegal. And that in the state of Washington using your God-given talents and abilities would be against the law.

The Seattle Times reported that Judge Ekstrom determined that “while religious beliefs are protected by the First Amendment, actions based on those beliefs aren’t necessarily protected.”

In other words – it’s OK to believe in God – so long as you don’t follow the tenets of your faith.

“Our state would be a better place if we respected each other’s differences, and our leaders protected the freedom to have those differences,” she wrote. “Because I follow the Bible’s teaching that marriage is the union of one man and one woman, I am no longer free to act on my beliefs.”

This is one granny that you don’t want to dig in the dirt with.