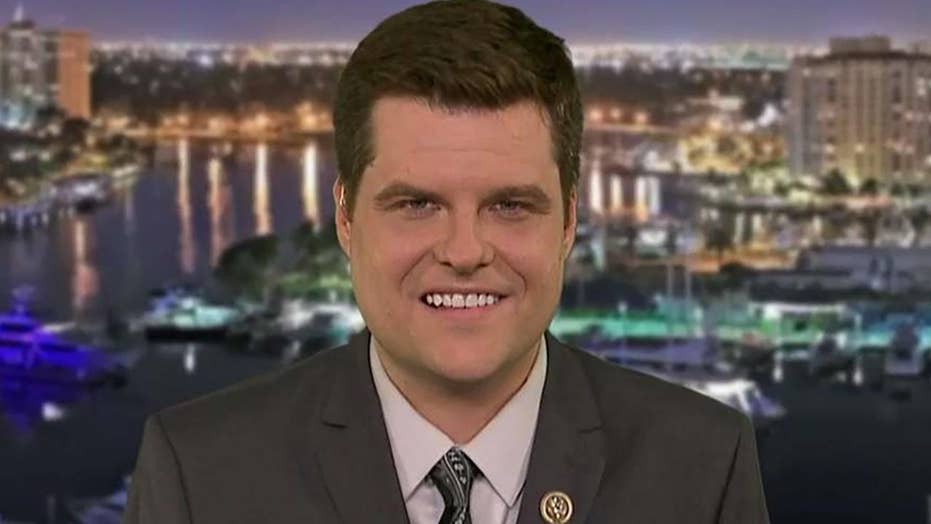 Florida began a statewide recount of votes Saturday to determine the winners of Tuesday’s midterm elections for the U.S. Senate, governor, state agriculture commissioner and four seats in the state Legislature. The move was reminiscent of the more limited presidential vote recount there in 2000.

I spent 37 days in Florida during the recount in 2000 working on behalf of George W. Bush. He wound up carrying Florida by a scant 537 votes and became president as a result, after a ruling by the U.S. Supreme Court in December that year. I hope our nation never has to go through a nightmare of uncertainly like that again.

I find it amazing that 18 years later voting problems still plague Florida and some other states as well. I hope that 18 years from now we are still not scratching our heads and trying to solve this problem – and I have an idea about what we need to do.

The solution is simpler than you might imagine. Instead of allowing each state to have its own standards for holding elections for federal office, it’s long past time we created national standards.

These standards wouldn’t be required for elections for state and local offices, but for all practical purposes they would very likely be adopted by all governmental jurisdictions in order to save money and simplify the election process.

Right now states impose their own standards for voting and conducting elections for positions at all levels of government.

In an effort to create order out of chaos, it makes sense to have uniform standards in federal elections to ensure that all Americans are treated equally and fairly when exercising their most valued right as citizens.

Lawsuits have been filed in several states involving voter ID laws and other varying requirements that states impose for voting, along with laws specifying how ballots should be cast and counted.

In an effort to create order out of chaos, it makes sense to have uniform standards in federal elections to ensure that all Americans are treated equally and fairly when exercising their most valued right as citizens.

Here are my suggestions for what a uniform federal election law should include:

Identification: A citizen age 18 or older should produce a valid photo ID from an approved federal or state agency to register to vote and to vote. Photo IDs have become a necessity since the Sept. 11, 2001 terrorist attacks. You need one to enter a federal building, get on an airplane, obtain government benefits, and for many other things.

Registration: An eligible citizen should be able to register to vote up to two weeks before a federal election by appearing in person at an authorized federal or state office and filing an application.

Voting: Eligible voters should be able to cast ballots at their designated polling place from 7 a.m. to 9 p.m. local time on the day of a federal election.

Early Voting: An eligible voter should be allowed to vote no earlier than two weeks before a federal election at his or her designated early voting location between 10 a.m. and 4 p.m.

Absentee Voting: An eligible voter, upon the showing of good cause, should be allowed to vote by absentee ballot provided he or she petitions for an absentee ballot in person at the designated place no more than one month and no less than two weeks before a federal election.

Voting Machines: Voting machines should be uniform in federal elections. A uniform standard should be established to ensure one voting machine for a specified number of registered voters at a polling place.

The federal government has a paramount interest under the Equal Protection Clause of the Constitution to ensure that all Americans are treated the same when exercising their most important and valued right as citizens – the right to vote.

As such, the federal government has the affirmative duty to ensure that all aspects of voting in federal elections are uniform.

The goal should be that voting is fair, understandable, convenient and trustworthy. That is not the case today.

Voting should be not be so easy that it invites fraud or abuse. This means it will take a little time. But if you can take the time to wait in a Department of Motor Vehicles office line for a driver’s license or automobile registration, you can certainly can do the same for voting. Driving is a privilege – voting is a right.

My vote is for national voting standards that will eliminate state lawsuits, confusion and inequities to registration and voting nationwide.