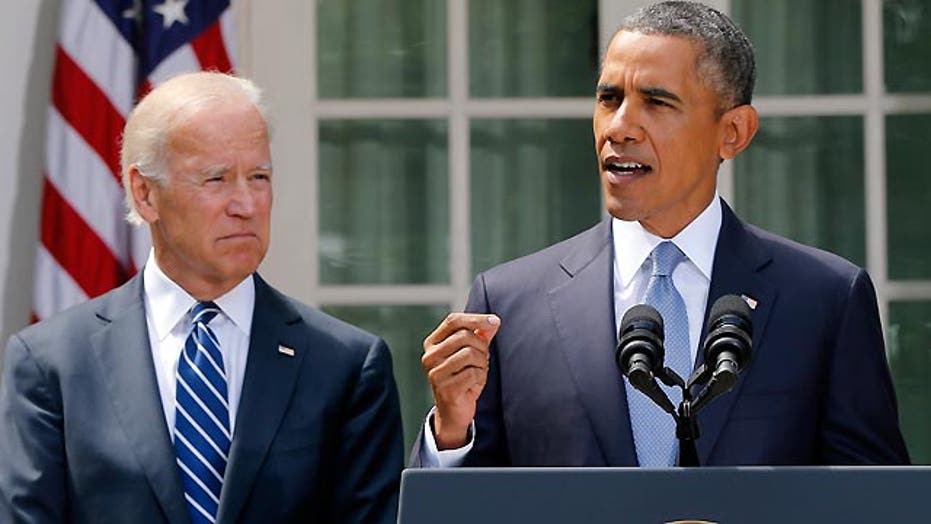 Obama: I will seek authorization to use force on Syria

President Obama's Saturday speech on Syria (where he decided not to decide) offers at least five fine examples of how not to employ military power.

Consulting with Congress is, of course, exactly the right step to take before committing both U.S. armed forces and the American people to ventures overseas. But, how the president got to this point is a lesson in lousy leadership.

Lesson #1: Surprise is Still a Principle of War. If the president's priority was really to punish Assad with shock and awe, he went about it all wrong.  The regime has had plenty of time to get ready--disperse assets; marshal its allies; deploy human shields; and decide how it will respond or preempt US action.

Lesson #2. Red Lines Only Work When They Are Red. The whole idea of a red line is prevent bad behavior by declaring if the line is crossed there will be swift and decisive action.

If President Obama was really serious about holding Assad accountable he should have consulted Congress before he issued a red line--not after.

In all likelihood he didn't because there was a good chance they would have said--no--and well they might.

Intervening in civil wars; getting conclusive evidence about what is going on  the ground; and defining clear, achievable, realistic military objectives for punitive strikes is really hard--and the White House had no good answers for addressing any of these issues.

What happens to Obama's next red line, if Congress rejects this one?

Or will Congress have to rubber stamp a stupid red line to preserve the president's credibility? Wouldn't that just encourage Obama to make more reckless red lines in the future?

Did the White House think about any of these questions before it stated making declarations?

Lesson #3. A Shot Across the Bow Only Works if the Enemy Thinks You Are Serious About Sinking Their Ship. President Obama has already declared he won't intervene in the civil war, so any strikes will be little more than a nuisance to a regime that plans to fight to the bitter end.

Lesson #4. Victory Has a Thousand Fathers, Defeat is an Orphan. President George W. Bush had a Congressional authorization for a use of force in Iraq, a UN resolution, popular support for military interventions in Iraq and Afghanistan, and support of a broad international coalition. That mattered little when the wars did not go well.

All the legitimacy in the world will mean nothing--if military action does not turn out well. The president doesn't have a solid game plane for Syria, a resolution from Congress is not a "get out of jail free card."

Lesson #5. Think Before You Act. In terms of salvaging the president's shattered credibility as a foreign policy leader turning to Congress won't help.

A wise president would have built a coalition of support before the crisis--not waited for the crisis--then tried to build a coalition. And, failing that, then make it seem like military action is all up to Congress--and the president is just a bystander.

From Obama's perspective, turning to Congress now may seem like a brilliant move. If Congress votes no, he has shown he has empathy with the international community--and he is still a good guy. If Congress votes yes--and it all turns out badly--he will say we are all in this together.

But from the standpoint of acting like the world's leader this may be the nadir of American power.

The reality is that every decision on how to employ the armed forces has turned out badly for Obama.

He ran away from Iraq--the violence there is worse now than when he came into office.

He wants to go to "zero" in Afghanistan. The Taliban can't wait for that.

He led from behind in Libya and that failure became a front page story after Benghazi.

All these acts as president show Obama has not learned his lessons very well. The Saturday speech just makes his shortfalls as commander-in-chief even more glaringly apparent.