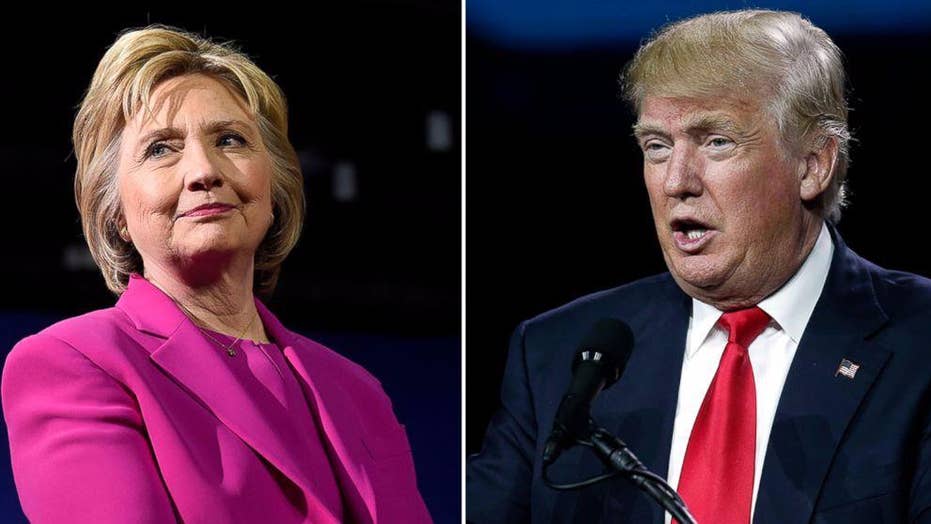 As long as there has been politics, there has been corruption. So the investigative hand-grenades which have been flying for the past year, first at the Trump campaign, now at Mrs. Clinton’s, are not exactly new in American political life. What is new, however, is the geography.

Corruption used to be something American politicians did with other Americans. Now, it’s become something that involves other countries, and one in particular – Russia – which can’t be accused of friendly intentions toward the United States.

Curiously, at the beginning of the nation, Americans were confident that political corruption would never happen in their republic. Corruption was what occurred in monarchies, and (to judge by the long list of accusations in the Declaration of Independence) especially under King George III.

But once independent, American politicians proved to be just as short on virtue. Thomas Jefferson, the first Secretary of State under the first president, George Washington, put a journalistic hit-man, Philip Freneau, on the State Department payroll to dig up dirt on Washington and other cabinet members.

The Clintons have been associated with foreign pay-for-play activities since the 1990s, and the Fusion GPS affair is, in many ways, simply an extension of that association. But both the Trump and Clinton campaign imbroglios with foreign players are tokens of the challenges posed by globalization.

Andrew Jackson frankly used his presidential appointments power to reward political cronies in what became known as the “spoils system.”

Bribery and kickbacks were so notorious within the administration of James Buchanan (1856-60) that when Abraham Lincoln ran for the presidency in 1860, his supporters made a bigger issue of Buchanan’s corruption than of slavery. And corruption almost became a way of defining the presidencies of Ulysses Grant in the 1870s and Warren Harding in the 1920s.

Surprisingly, there were few actual convictions for corruption before the 1940s. Politicos whose corrupt practices were exposed to public gaze simply resigned or, more rarely, were impeached.

Only very gradually did Congress move to criminalize corruption through the Hobbs Act (1946), the Racketeer Influenced and Corrupt Organizations Act (known as RICO), and the Federal Campaign Elections Act (1971).

This has, nevertheless, done little to stem the tide of corruption. Since 1986, five federal judges have been impeached on bribery charges; since 2000, five members of the House of Representatives have been convicted in corruption cases.

In 1987 five U.S. senators – including John McCain – tried to intercede on behalf of Charles Keating and his failing Lincoln Savings & Loan after Keating made $1.3 billion in campaign contributions to them. Only one of the “Keating five” was officially reprimanded after a Senate investigation; the others were criticized for “poor judgment."

Bill Clinton, as president, brought the Democratic National Committee’s fund-raising activities under the White House roof, including 103 events which netted an average of $56,000 per person in contributions to the DNC. Yet, only one Clinton official, Ronald Blackley, was actually indicted and convicted.

Part of the depressingly relentless spread of corruption has to do with the size of the federal government itself – in an annual budget of $3.5 trillion, there are tremendous amounts of fruit on the federal tree to be picked illegally, and few places where it is liable to be noticed. Another part is the sheer variety of corrupt practices, which invent themselves into new shapes, from money-laundering to tax-exemptions, faster than statutes can criminalize them.

The newest beachhead, however, has involved corruption with foreign partners.

Starting in the 1980s, when Illinois Congressman Paul Findley was accused of receiving laundered contributions from Saudi oil interests, foreign money has exploited cracks in federal campaign legislation to make itself felt in federal elections.

In 2009, Louisiana Representative William J. Jefferson was charged with violating the Foreign Corrupt Practices Act (which was originally designed to prevent U.S. corporations from engaging in foreign bribery) for bribes he solicited from third-world governments to promote their business interests in the U.S.

The charges of Russian “collusion” which have now been hurled by both political parties are part of this disturbing new trend. On one hand, Paul Manafort’s ties to Ukraine and Jared Kushner’s conversations with Russian attorney Natalia Veselnitskaya look embarrassing, but have as yet turned into nothing illegal under federal election law or the FCPA.

The rebound accusations which have emerged over the past week that Mrs. Clinton’s campaign hired a British intelligence officer and Fusion GPS (a Washington-based intelligence firm with ties to Russian interests) to create a foreign-sourced dossier on Trump are far more blatant, and thus far more serious than Trump Tower chit-chat.

The Clintons have been associated with foreign pay-for-play activities since the 1990s, and the Fusion GPS affair is, in many ways, simply an extension of that association. But both the Trump and Clinton campaign imbroglios with foreign players are tokens of the challenges posed by globalization.

In a world of instant communications, where global interests aggressively over-shadow national concerns and where enormous sums of unregulated money can be moved at digital speed through various levels of concealment, foreign influences are only likely to become more threatening.

Whatever the outcomes of the various “Russiagate” investigations, the real test will be in how vigorously the American people will demand -- and Congress adopt -- newer, sharper legislation to deter foreign-connected corruption.

Maybe a reading of the Declaration of Independence would be a good place to start.

Dr. Allen C. Guelzo is the director of Initiative on Politics & Statesmanship in the James Madison Program in American Ideals and Institutions at Princeton University, and is the author of "Lincoln and Douglas: The Debates That Defined America" (2008).