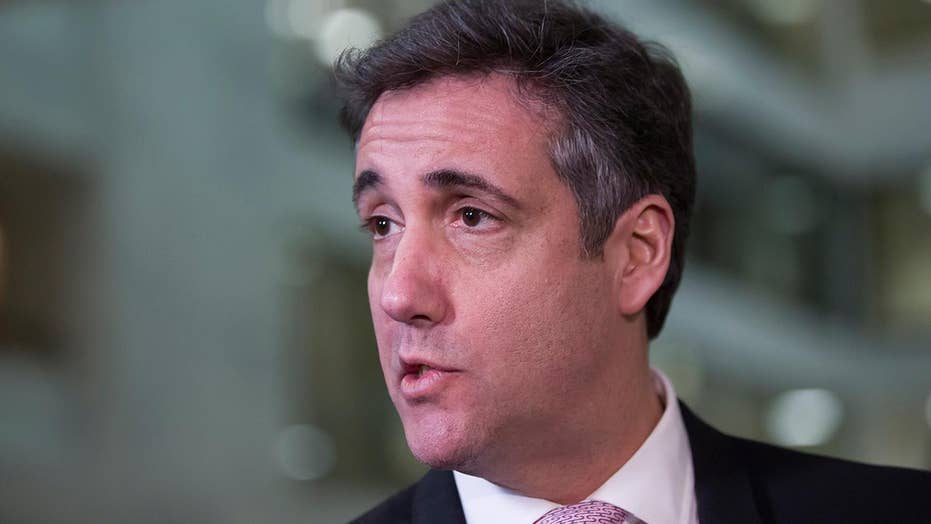 Cohen hearing seen by some as beginning of Democrats' impeachment push.

The former Trump's attorney's explosive testimony on Capitol Hill is being seen by some as the first step in Democrats' impeachment agenda. Is that a good strategy heading into 2020?

It took almost three years and an election that put Democrats in the majority for the House of Representatives to hold one hearing in search of the truth.

Finally, last week, the House Oversight Committee held a hearing about the president’s financial misdeeds and how they related to efforts to influence the 2016 election, among other things. The witness was President Trump’s former personal attorney Michael Cohen, who became the first person to testify against Trump, under oath, before Congress and the public.

Cohen’s appearance gave the country its first look at what Trump and those around him did to get to the White House. He laid out in detail ill-gotten gains, illegal assistance, and ill-conceived schemes that occurred. He named names and brought receipts.

MARC THIESSEN: THIS IS THE MOST DISTURBING THING WE LEARNED FROM THE COHEN HEARING

He testified that Trump knew in advance that Wikileaks was going to dump stolen Democratic National Committee emails. He said that the Trump campaign met with Russians in Trump Tower. He showed checks signed by the president that bought silence, and falsified financial documents.

In addition, Cohen revealed that he’s now in “constant contact” with the U.S Attorney’s Office for the Southern District of New York, helping with its investigations.

Cohen testified two other times last week, in closed sessions before the House and Senate Intelligence committees; he’ll return this week to complete his testimony. Based on interviews with members of those committees, it is clear there was even more in Trump’s Pandora’s Box than was revealed publicly before the House Oversight Committee.

In stark contrast, when the Republicans were in the majority, there wasn’t one hearing about Trump, the 2016 campaign, interference from or coordination with Russia, financial misdeeds, or anything else. Their defense of Trump was to deny that anything was wrong, even though there was plenty of evidence to the contrary.

Yet they spent years investigating Hillary Clinton and Barack Obama, with far less reason or evidence, and without any results.

So why did Republicans choose to ignore the clear concerns about Trump? Rep. Stephen Lynch, D-Mass., offered the best explanation during the Cohen hearing when he pointed out that Republicans’ concern wasn’t that Cohen would lie, but that he would tell the truth. That this was their real worry was clear from their strategy, which was to paint Cohen as a liar.

In a contest between Cohen and Trump about who is the bigger liar, Trump will win every time.

Yes, Cohen has admitted to lying, and he’s going to serve a three-year prison term for it. However, the Washington Post documented that Trump made 8,158 false or misleading claims in his first two years in office. Compared to Trump, Cohen is an altar boy.

What was most surprising about the hearing was that not one Republican defended Trump. Not one. Republicans were either unable or unwilling to do it. That is a bad sign for Trump.

If Republicans are unable to find evidence to refute Cohen’s claims, other than to call Cohen a liar, Trump is in trouble, because it means those claims are true.

And if Republicans are unwilling to defend Trump, he is also in political trouble. If, for example, impeachment proceedings are brought against Trump, and Republicans won’t defend him, he will be impeached.

Either one of these circumstances, let alone both, puts Trump in an untenable situation that will only get worse if Republicans don’t have the facts or fortitude to defend him in the days ahead, which will bring the conclusion of Special Counsel Robert Mueller’s investigation, other investigations, and the looming possibility of impeachment.

Ultimately, the investigations by Mueller, Congress and law enforcement will determine Cohen’s veracity and Trump’s fate. But everyone – Democrats, Republicans and every American – should be committed to finding the truth.

We should know the truth, whatever it is, because our country and our democracy depend on it.

Michael Cohen lied and he is suffering the consequences. It’s a safe bet there will be more individuals who will face the same consequences as a result of these investigations.

In the end the truth will come out. Those who wronged our country will pay the price, because no one is above the law. No one.