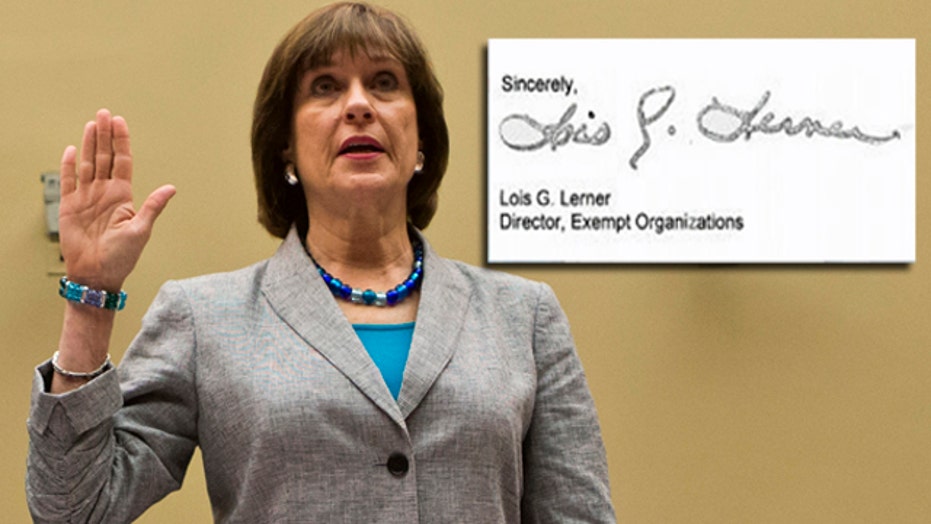 For Americans across the country, the recent IRS scandal – complete with its tales of ideological targeting, disclosures of confidential information, and highly intrusive questioning – represents nothing short of a nightmare: a highly partisan, powerful, and unaccountable IRS using its immense reach to reward its friends and punish its enemies is antithetical to our democracy.

Wednesday, my colleagues and I at the ACLJ filed suit against the IRS and multiple government officials. We represent more than 20 conservative organizations that were targeted by the IRS, and our goals are simple: defend our clients’ constitutional rights and compensate them for the very real harm they’ve suffered.

First and foremost, the IRS violated the Constitution.

By targeting groups based on their perceived ideology, the IRS violated their First Amendment right to free speech.

By demanding access to donor lists and other forms of confidential information, including even information about the speech and activities of family members, the IRS violated the right of freedom of association.

By discriminating against groups on the basis of their viewpoint and status, the IRS violated their Fifth Amendment rights of due process.

The IRS not only violated the Constitution, it violated federal law as well. Our legal complaint outlines how the IRS is accountable under the Administrative Procedures Act, which protects citizens from the unlawful acts of government agencies.  The IRS also violated its own Internal Revenue Code.

Critically, our complaint also points out that IRS abuse is ongoing.  IRS officials have been telling the public for days that they discovered and corrected the problems – that the abuse has ended.  This is false.

Multiple groups still haven’t been recognized by the IRS after nearly three years of waiting and are still being forced to answer unconstitutionally intrusive questions just to exercise their most basic rights – with one of our clients receiving another harassing letter just a couple of weeks ago.

Our complaint also demonstrates that unconstitutional targeting wasn’t simply confined to low-level employees in a single IRS office, it extended to the higher ranks of the IRS (Lois Lerner, Director of Exempt Organizations, signed more than a dozen letters to our clients) and to IRS offices literally from coast to coast.

Additionally, we will prove that the IRS actions were more than just a mere inconvenience to our clients.  In fact, IRS delays and questions caused real harm during critical periods of the last two years, causing some groups to all but cease operations.  After all, who wants to donate money to a group that’s caught in years-long delays and battles with the IRS?

We expect the IRS and its allies in the leftist media to attack our case and our clients.  In fact, it’s already happening as liberal reporters scour Websites for any evidence that our clients were involved in political activities – even when they had the right to conduct these activities.

They will ignore educational programs and service activities simply to focus on politics; simply to provide ammunition as the Obama administration tries to spin its way out of scandal.

This effort is not only misleading, it’s morally bankrupt.  It’s akin to telling a crime victim that they deserved to be robbed.

During the Bush administration, the left was fond of saying “dissent is the highest form of patriotism.”  Now, it views even the word “patriot” as suspect if it implies criticism of President Obama.

While Congress has been doing invaluable work to investigate the IRS, part of the essential beauty of our constitutional system is that “we the people” do not have to wait for Congress to act.

By walking through the courthouse door, we can begin a process that will ultimately lead to IRS officials testifying under oath about their knowledge, their intentions, and their instructions.

We can begin a process that could lead to individual government officials paying for the harm they caused.

We can begin a process that protects Americans from further government persecution – or pain of imprisonment.

That process begins today.  Today, ordinary citizens from groups across the United States live the oath that government officials have so shamefully broken: They will “preserve, protect and defend the Constitution of the United States.”