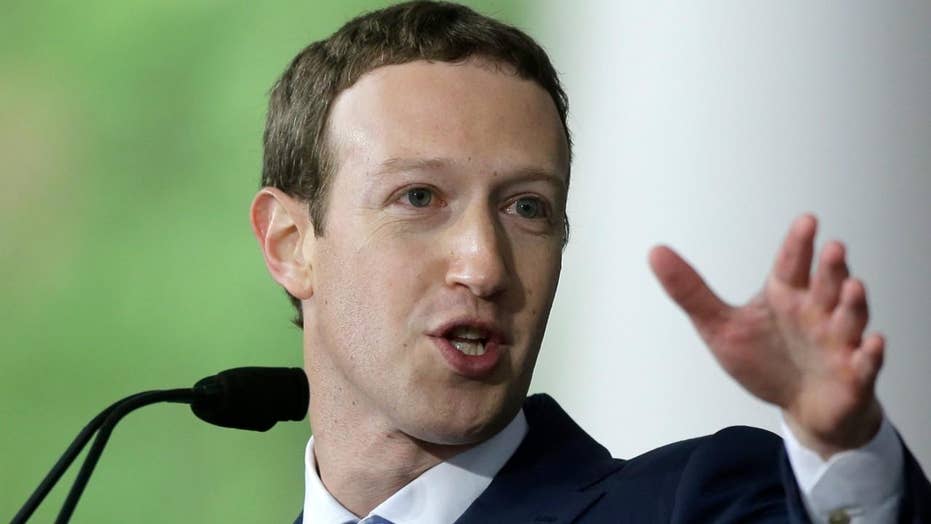 Facebook’s Mark Zuckerberg finally broke his silence in a Facebook post about the Cambridge Analytica data breach that gained access to the personal data of more than 50 million Facebook users, saying 'We have a responsibility to protect your data, and if we can't then we don't deserve to serve you.'

Maybe it wasn't the Russians after all.

Mark Zuckerberg had all but disappeared after a report emerged over the weekend that a data analytics firm allegedly harvested 50 million Facebook profiles of U.S. voters and used them to construct a software program to influence the 2016 presidential election. But he finally emerged on Wednesday to say this, in effect: Mistakes were made.

"We have a responsibility to protect your data, and if we can't then we don't deserve to serve you,” Zuckerberg said in a legalistic statement posted, of course, on Facebook. “I've been working to understand exactly what happened and how to make sure this doesn't happen again."

In his statement, the creator of Facebook then catalogues all the mistakes and oversights and "breaches of trust" that led to "bad actors ... accessing people's information." Zuckerberg never apologizes, but does say: "I started Facebook, and at the end of the day I'm responsible for what happens on our platform."

Zuckerberg again offered no apology for not guarding his customers' most private information, instead offering only a dry accounting of what went wrong and what Facebook plans to do to counter such breaches in the future.

The whole fiasco has been a public relations nightmare and a crisis-management disaster. Facebook's two top executives, CEO Zuckerberg and Chief Operating Officer Sheryl Sandberg, both disappeared after the story broke. When worried Facebook staffers were gathered on Tuesday for a question-and-answer session in the company's cafeteria, neither top executive showed up. Instead, they sent a company lawyer.

It took five days for Zuckerberg to finally appear and address the matter. In that time, demands for Zuckerberg to testify before Congress and lawmakers in Europe have emerged and Facebook's stock has lost $50 billion in market value.

The Federal Trade Commission has opened a probe into Facebook’s user-data practices, and even faithful users appear fed up, with the hashtag #deletefacebook trending on Twitter and elsewhere.

"This will go down as the textbook case study as how not to handle a crisis," Scott Galloway, a New York University professor of marketing, told ABC News on Wednesday. "The only thing we know about this and are comfortable predicting is that it's going to get worse."

Probably a lot worse. First, there was immediate criticism about Zuckerberg's heavily lawyered statement, which sets out some specifics about how the breach occurred and offers some vague solutions for preventing it from happening again.

John Podhoretz, contributing editor of the Weekly Standard and the New York Post, cut right to the chase, tweeting: “The disingenuousness of that CYA Zuckerberg statement is just staggering.”

But there's more behind the anger. Of course, the mainstream media are interested – and riled up – because the breach involved Cambridge Analytica and former Trump adviser and Breitbart Executive Editor Steve Bannon.

The fact that the data analytics firm worked with Donald Trump’s election team has severely soured liberal users on Facebook, who now feel violated. The social media giant also has already alienated conservatives by labeling some posts as "fake news" and altering algorithms to deter traffic from going to conservative sites.

But Facebook faces other problems, including much discussed (and disputed) rumors that the massive company listens to users' phone calls. Some anecdotes by users have exploded on social media, like the one in which a man says he mentioned to a friend in a phone call that he might get a cat, then was suddenly inundated with cat food ads on Facebook.

And more and more people now know that Zuckerberg himself once said people who willingly hand over their personal data are "dumb f----."

With yet another crisis for Facebook, the same old excuses are wearing thin.

Technology commentator Lance Ulanoff says Facebook users would be shocked to learn how much information they are sharing on the social network.

"My biggest skepticism is that we've seen this play before," Helio Fred Garcia, a professor of crisis management at NYU and Columbia University told ABC. "They're caught coming short of customers' privacy expectations. They tweak procedures. But they don't seem to learn from mistakes, don't really seem to care."

And Zuckerberg again offered no apology for not guarding his customers' most private information, instead offering only a dry accounting of what went wrong and what Facebook plans to do to counter such breaches in the future.

When he waited so long to deliver a statement that even that became a story, in the end, he expressed no remorse for what was one of the largest data breaches in history.

That's not how you do crisis management. And the fact that Zuckerberg still doesn't know that doesn't bode well for the next crisis that will inevitably come for Facebook.

The only "breach of trust" that will be remembered out of this fiasco is the one Facebook users now feel.

Joseph Curl is senior editor at The Daily Wire and was the a.m. editor for The Drudge Report for four years. He's covered politics for nearly 30 years, including a dozen as White House correspondent for The Washington Times.