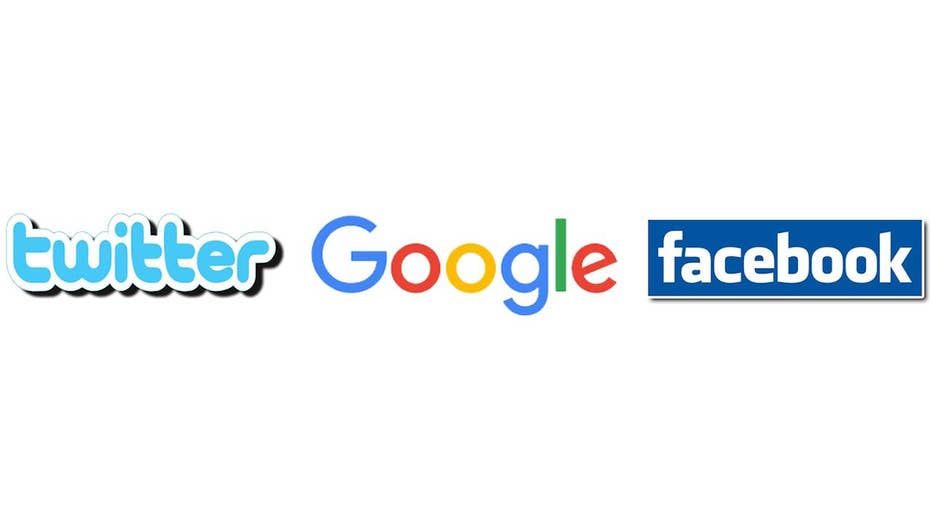 Lawyers for Google, Twitter, and Facebook testify in front of Congress and say they found more evidence Russian groups may have tried to influence the 2016 election

Facebook, Google and Twitter executives and attorneys took to Capitol Hill this week to explain to the Senate Intelligence Committee their role in allowing Russian ad placement on their platforms during the 2016 election. The problem is members of this committee, and Congress in general, have little to no understanding about what those platforms are beyond their interns putting them on live video or tweeting out their policy agenda with a cool dancing hot dog.

The goal of the committee seems to be looking at the supposed role social media played in Hillary Clinton losing the 2016 election, though the driving force in these hearings seems to be more about one side venting their anger at their historic and surprising loss, while simultaneously looking for anything and anyone to blame but the candidate herself. They might just as well be speaking foreign languages to each other.

Silicon Valley tech-heads are fairly new to the D.C. game, as, at least for the time being, their industry goes largely unregulated and unmonitored – primarily because the outdated braintrust that is the United States Congress doesn’t understand their industry and hasn’t taken much time to learn about that “series of tubes.”

The core issue, we’re told, is foreign influence across these platforms by hostile governments, specifically Russia, whom we were told in a debate in 2012 by Barack Obama didn’t really matter much because the Cold War was over. The 80’s were calling. Four short years later, “Russia, Russia, Russia” seems to be the prevailing shouts from Capitol Hill. Russian- and Kremlin-backed troll farms spent upwards of $200,000 dollars in fake ads and news stories, primarily on Facebook, in an elaborate misinformation campaign targeted at U.S. voters. Seems like a lot until you compare, according to Facebook, that the Clinton and Trump campaigns spent a total of $81 million dollars on targeted ads.

When people think mainstream media is itself “Fake News,” people will turn to actual fake news outlets, because at the end of the day, they are at the very least more entertaining than Wolf Blitzer. The scourge of fake news against the American media was largely a self-inflicted wound.

Also, Facebook stated in its opening statement to the Committee that the paid content from Russian sources “equals about four-thousandths of one percent (0.004%) of content in News Feed, or approximately 1 out of 23,000 pieces of content.” General Counsel Colin Stretch went on to state, “Put another way, if each of these posts were a commercial on television, you’d have to watch more than 600 hours of television to see something from the IRA.” The IRA stands for Internet Research Agency, the farming company used by Russia.

When Senator Tom Cotton, R-Arkansas, asked Twitter’s General Counsel Sean Edgett, “Is it biased to side with America over our adversaries?” Edgett simply responded “We’re trying to be unbiased around the world.” Silicon Valley views their products as data. Members of Congress either don’t see it that way, or don’t seem to understand how data is used or not used.

If there’s a reason Russia’s influence on Facebook seems wildly overblown, it’s because this too seems like an elaborate campaign of deflecting blame. Committee Democrats like Senator Al Franken, D-Minn., and Diane Feinstein, D-Calif., are unloading on Facebook, Google and Twitter attorneys, but it’s not because the tech giants are skirting some kind of grand responsibility Congress is putting on them.

As originally reported by Politico on November 14th of last year, Clinton campaign operatives declared they would be targeting “fake news” and Facebook for what they saw as another in a long line of excuses as to why their candidate lost. Teddy Goff, Clinton’s digital director, a central focus of her campaign, told Politico "Everyone has the right to say what they want, have access to sites that they want, share what they want, but a publisher with a record of making stuff up is not likely to rank that highly on Google, and the equivalent ought to be the case on Facebook.” Clinton allies, or at the very least sympathizers, in media picked up the narrative and ran with it.

In the wake of a report that Russia’s ads, which went unlabeled (more on that in second), reached up to 146 million users, Democrats and the media are using this to once again bail out Hillary Clinton, and ever so slightly insinuate that the election on November 8th was stolen from her by an elaborate scheme that benefited Donald Trump.  CNN’s Brian Stelter, who has made pounding the “fake news” drum his own personal hobby horse, suggested as much this week.

Eventually the media and Democrats leading the charge against Facebook, Google and Twitter will have to face a very hard ugly truth: Attempting to scapegoat tech companies over a failed presidential campaign will come across just as honest and well-intentioned as the candidate did herself.

“We’ve all had that experience of just scrolling through the newsfeed, just scrolling by items, not really paying attention. So most people may not have paid attention to this Russian propaganda” Stelter told fellow CNN host Brooke Baldwin.  “But it didn’t take most people. It only took a couple million or you could even argue a couple hundred thousand, given how close the election was.”

But what Teddy Goff, or Brian Stelter or anyone else on Capitol Hill can’t say with certainly is just how much these ads influenced peoples’ votes beyond some magical power of assumption. And the data doesn’t seem to support Stelter’s argument.

All Russian ads on Facebook can do is act as a billboard or a commercial. It’s ultimately the Facebook user’s responsibility on whether or not to believe an ad or not, and that is where legislating these platforms runs the risks of overstepping constitutional and legal boundaries.

The larger question to be asked involves media credibility itself, and since the shocking results of the election, introspection doesn’t seem to be our media’s strong suite.

Because of the loss of public trust in mainstream media outlets, audiences simply go elsewhere. They read outlets and news sites without such credible reputations as Dan Rather’s CBS or Brian Williams’ NBC. When people think mainstream media is itself “Fake News,” people will turn to actual fake news outlets, because at the end of the day, they are at the very least more entertaining than Wolf Blitzer. The scourge of fake news against the American media was largely a self-inflicted wound.

The problem with Facebook and Twitter isn’t the ads. It’s the audience. People, in the end, are going to believe what they want to believe. Facebook users are going to follow pages and feeds that may simply confirm their bias and cause a digital release of endorphins that simply confirm their worldview. They may also simply follow fake news pages for the entertainment. If the federal government at the behest of corporate media is seriously considering ridding Facebook of false memes and fake news, they better start with The Onion or Babylon Bee.

There are steps that Congress can take, and it looks like they will, to mitigate the effect of foreign-bought ads seen on social media. Ads on Facebook are not regulated by the FCC like campaign ads on television. That’s more than likely going to change. Users will most likely see a “paid for by” alert, similar to campaign ads on TV.

Also these companies will be pressured to treat Russian-bought ads as a form of sanctions violation, which will give the government the power to censor these ads across these platforms. I can’t imagine there will be much objection to that from either party involved.

But this will ultimately not stop the spread of false stories and memes. Pressuring Facebook to rid pages of false memes – like a professional football team burning an American flag – will lead down a road of free speech regulation that most Americans most likely will not support or tolerate.

Eventually the media and Democrats leading the charge against Facebook, Google and Twitter will have to face a very hard ugly truth: Attempting to scapegoat tech companies over a failed presidential campaign will come across just as honest and well-intentioned as the candidate did herself.

The issue is and has never been “fake news.” The issue has never been people believing fake ads on Facebook. The issue for them is that people simply don’t believe them anymore. And they simply didn’t trust Hillary Clinton.