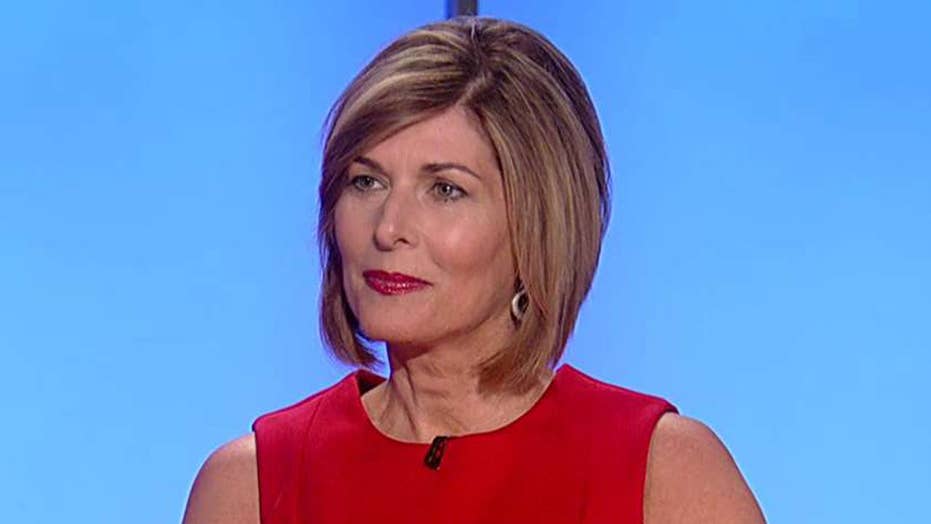 Attkisson's media warning: You are being manipulated

For the past year, Americans have read a barrage of stories related to Russia’s role in the 2016 election. The latest comes from the Washington Post, which recently gossiped about how President Obama did – and did not – respond to Moscow’s propaganda operations aimed at thwarting America’s democracy.

Like many articles before it, this essay highlighted classified information leaked by anonymous government sources to prove its claims.

What the Post didn’t tell readers, however, is that classified intelligence doesn’t come from its secret leakers in Washington D.C. Rather, America’s intelligence flows from a global network of clandestine informants recruited by my former colleagues in the CIA and FBI.

And that is the real story that Americans must come to understand: when the media publishes stories like this, they threaten the lives of our hidden fighters around the world.

The bottom line is that the fallout of media leaking doesn’t end with a thwarted operation or dead informant. The consequences last for years, long after media companies have moved on to other stories.

Ultimately, journalists are putting the country at greater risk.

America’s informants – also called assets or agents – are the most fragile members of our nation’s intelligence community. They enjoy no diplomatic immunity. They have no safety net. And they operate knowing the consequences if discovered.

Not surprisingly, the process of recruiting informants is often difficult. In many cases, it takes months to years following an initial meeting. Part of the reason is that America’s spies must demonstrate to the person that they can keep them safe. While I can’t disclose the process, its depth and breadth is both impressive and rigorous.

It truly is the stuff of movies.

When an aspiring informant finally agrees to collaborate, each side promises to give everything they have – including their lives – to accomplish whatever mission comes before them.

Not surprisingly, the bond between an intelligence officer and their informant is unlike any most of us will experience. It’s more than a friendship.

Imagine then, in the middle of an operation or clandestine meeting, a company like the Post publishes a story based on an informant’s secret information. Imagine the reactions both the officer and asset have as they read about their work on the front page of a newspaper.

Unbeknownst to most informants, the media usually gives Langley or FBI a few days advanced notice before the article goes live. Senior officials will outright beg corporations like the Post to hold off on publishing a story, emphasizing the danger to our agents and officers. On rare occasion, senior editors will agree to hold back some tidbits. More often than not, they refuse.

When a media company can’t be stopped, intelligence officers conduct a damage assessment and find ways to quickly protect their informants. It’s a harried process that often takes considerable taxpayer dollars and numerous personnel working around the clock.

America’s spies are usually able to reach their informants quickly and guide them to safety. Unfortunately, there are situations where they cannot.

In these scenarios, everyone holds their collective breath. If contact is eventually made – sometimes years later – the joy is indescribable. If not, the silence is deafening.

Obtaining proof that a media leak led to the death or disappearance of an informant is difficult. Why? The CIA or FBI needs new informants to confirm exactly what happened. Recruiting these new sources, however, becomes monstrously difficult when the prospective asset realizes what happened to the last collaborator.

Yet even when a death is confirmed, it’s not publicly announced. Doing so would only verify their relationship with the U.S. government, thereby jeopardizing any family members still alive.

The bottom line is that the fallout of media leaking doesn’t end with a thwarted operation or dead informant. The consequences last for years, long after media companies have moved on to other stories.

Let there be no mistake that the media has plenty of co-conspirators in their quest for illicit scoops. Traitors like Edward Snowden, Chelsea Manning, and R. Leigh Winner are all equally complicit. And as recently unclassified documents show, their hubris comes at a heavy cost to our foreign agents.

Still, many of us might extend a degree of understanding to journalists if their reporting leads to the exposure of grave wrongdoing or unethical conduct. Yet, in the most recent article involving the Post, that simply was not the case. Indeed, what did we learn? The Obama Administration bobbled its response in the face of Russian aggression.

Not surprising. Not news.

Meanwhile, what did the Post give the Russians by leaking allegedly classified information? Important clues that will benefit Vladimir Putin in his hunt for America’s informants inside the Kremlin.

The Post should ask itself: How many informants will die because of their stories? Based on my experience at the CIA, the number will not be zero.

If that makes you frustrated or angry, it should. Thankfully, there are steps you can take to help ensure corporate media outlets pay a price for their recklessness. A few options include:

Boycotts: Americans can pressure those companies that advertise with offending media outlets. For the Post, that includes popular brands like Miller beer, Capital One, and Asics footwear.

Pressure Owners: The Post is owned by Jeff Bezos, the CEO of Amazon. Choose to shop elsewhere.

Talk to Friends and Family: Many of us share stories on social media that discuss classified information. Gently remind them of the cost to our informants – and America’s security.

Strip Clearances: The Executive Branch can order reinvestigations of former and current officials who are suspected of leaking to the media. If they refuse to cooperate, they can be stripped of their lucrative security clearances.

Meanwhile, it’s up to journalists to rediscover their moral compass. America needs them and their investigative reporting, especially to expose the wrongdoing of the rich and powerful.

We do not, however, need them to unnecessarily risk the lives of our informants just to win a Pulitzer Prize or out-scoop a competitor.

Bryan Dean Wright is a former CIA officer and member of the Democratic Party who resides in Oregon. He contributes on issues of politics, national security and the economy. Follow him on Twitter @BryanDeanWright.
ADVERTISEMENT