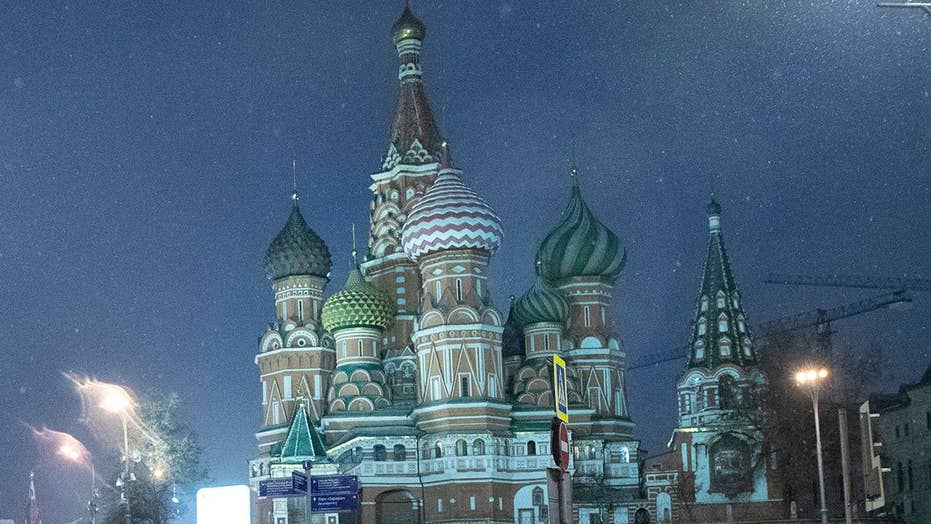 Russian President Vladimir Putin has made clear by his actions that his chief foreign policy goals are to destabilize the U.S. internally, drive a wedge between America and our NATO allies, and enhance his influence in neighboring countries.

Ukraine is now feeling the brunt of Putin’s aggression – but it’s far from the only victim. And no one outside the Kremlin knows where Putin may strike next.

Right now Russia is acting more like an aggressive and dangerous rogue nation than a member of the community of nations. Under Putin, the nation is relentlessly focused on crippling and exploiting the global order, which is so vital to U.S. national security and economic growth.

While Ukraine is currently the chief target of Russian intervention, the U.S. has not been spared.

To cite the most well-known example of Russian actions against our own country, all U.S. intelligence agencies have stated publicly that Russia intervened in our presidential election in 2016 on behalf of candidate Donald Trump. On top of this, Russia has interfered in European elections.

Special Counsel Robert Mueller continues to investigate whether Russia worked with the Trump campaign to help elect our current president – an allegation President Trump has repeatedly and vehemently denied, often saying there was “no collusion” between his campaign and Russia.

Russia today is a lot smaller, poorer and weaker than the old Soviet Union it once dominated. But it still has a powerful military, more nuclear weapons than any nation except the U.S., and aggressive global ambitions.

Putin has stated that the breakup of the Soviet Union in 1991 was “the greatest geopolitical catastrophe of the century.” The Russian president is clearly is aiming to play as big a role as possible in the affairs of the independent nations that once were grouped together and made the Soviet Union the largest nation (in area) in the world, more than twice as big as the United States.

And despite pretensions of having “elections” that are really a sham, Putin rules with an iron fist as a dictator in the mold of the Soviet dictators who came before him.

Since mounting a massive cyberattack against Estonia in 2007, Russia has invaded and occupied Georgia. It has become a co-conspirator in Syria’s and Iran’s attacks on civilians in Syria in the civil war there.

In addition, Russia has poisoned former Russian military intelligence officer Sergei Skripal and his daughter in Britain with a chemical nerve agent in violation of the Chemical Weapons Convention. Both survived the attempted murders.

The Kremlin has also violated Ukraine’s territorial integrity by annexing Crimea, launching cyberattacks against its government ministries and electric power grid, and providing significant military support to pro-Russian separatists in the Donbas region of the country.

Baltic NATO members with ethnic Russian minorities are rightly concerned they might be Putin’s next targets, since Putin said he seized Crimea to comply with the wishes of ethnic Russians there.

In addition, Putin’s aggression threatens NATO members Turkey, Bulgaria and Romania – all three of which border the Black Sea, as does Russia.

Only recently, Russia fired upon and then seized Ukrainian vessels and sailors in the Kerch Strait, where the two nations have been negotiating over the demarcation of the Sea of Azov for more than two decades.

Fearing Ukraine’s stated policy of joining the European Union and NATO, the Kremlin took aggressive military action to enhance security for its only warm water port, Sevastopol, and its Black Sea fleet.

Russia violated the U.N. Convention on the Law of the Sea and a 2004 bilateral treaty with Ukraine, which defined the Azov Sea and Kerch Strait as shared territorial waters.

In addition, Ukrainian President Petro Poroshenko has accused Russia of stationing tens of thousands of troops and aircraft, artillery and missile systems in Ukraine.

The pressing question before President Trump and Congress today is: What should the U.S. do in the face of Russian aggression?

They can find an example of how to deal with an international crisis of this magnitude by studying the actions of President George H.W. Bush, whose extraordinary life of public service and achievements we so recently celebrated on his passing.

President Bush knew a lot about contending with autocrats, rogue states and aggression. In addition to serving as President Reagan’s vice president for eight years before becoming president himself, he served in the U.S. House, as U.S. ambassador to the U.N., as America’s envoy to China and as the director of the CIA.

Rallying opposition to Iraq’s military aggression in 1990, President Bush assembled a global alliance that resulted in Iraq’s unconditional withdrawal from Kuwait after a brief war that ended with a decisive victory by the U.S. and our allies.

President Bush also delivered an overarching strategy, “a new world order where the rule of law supplants the rule of the jungle and nations recognize the shared responsibility for freedom and justice.”

From her bully pulpit at the United Nations during a Security Council meeting, U.S. Ambassador Nikki Haley channeled President Bush’s August 1990 assertion – “This will not stand, this aggression against Kuwait” – when she castigated Russia.

“This is no way for a law-abiding, civilized nation to act,” Haley said. “Impeding Ukraine’s lawful transit through the Kerch Strait is a violation under international law. It is an arrogant act that the international community must condemn and will never accept.”

At the NATO foreign ministers conference, Secretary of State Mike Pompeo declared the U.S. and NATO allies’ support for the “sovereignty, territorial integrity and NATO aspirations of Georgia and Ukraine.”

Putin, a former spy for the Soviet Union’s KGB, is purposely increasing the intensity of each encroachment on Ukraine’s sovereignty. In the short term he wants to make it clear to Ukraine and its allies that NATO is powerless to deter Russia’s aggression. In the longer term, Putin wants to ensure Ukraine never joins NATO or the European Union and returns to Russia’s sphere of influence.

Ukraine is on the front lines of defense against Russia’s pernicious aggression. That’s because nothing scares Putin more than a stable, economically vibrant democratic neighbor with a sizeable Russian-speaking population that could serve as a beacon of hope and inspiration for his opponents.

President George H.W. Bush’s legacy is the most crystal clear roadmap for a U.S.-led NATO mission to defend Ukraine with countermeasures designed to enhance Ukraine’s deterrence and defense in the face of Russia’s brazen aggression.

Now it’s up to the Trump administration to consider the most effective policy options. These should include a new round of Kerch sanctions against Russia; greater military assistance, including the provision of U.S. naval frigates; and sailing NATO ships to the Black and Azov Seas.

Some additional U.S.-led NATO involvement defending Ukraine’s sovereignty would also raise the costs of Russia’s aggression and thereby increase the likelihood of a negotiated settlement between the two warring parties.

And all this is just what’s needed in the near term. As long as Putin remains in power, and perhaps beyond, we can expect Russia to remain an aggressive power posing a grave challenge to the United States and many other countries as well. We must not ignore this threat.