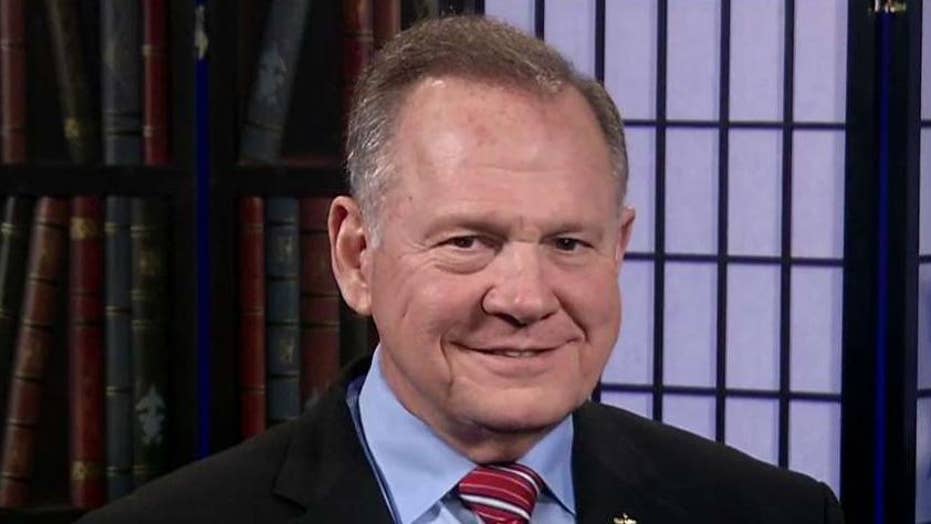 On 'Fox & Friends,' the Alabama runoff winner addresses critics' concerns about how he would work with establishment Republicans

But ask any Roy Moore voter and you’ll find that they believed Donald Trump really wanted Moore, not Strange, in the Senate. They believe, rightly, that Trump was just going through the motions with Strange. Trump was trying to play nice with the establishment in hopes they might get their butts in gear on ObamaCare. But he had no real affinity for Luther Strange. His rhetoric was all in Roy Moore’s wheelhouse.

McConnell poured money into the race for Strange and even blessed Luther Strange deciding at the last minute to start campaigning against Mitch McConnell. Moore made running against McConnell the theme of his campaign.

Both sides claimed they were going to help Trump against McConnell, but Moore’s base really believed him. Strange’s was just going through the motions.

It is harder and harder to get honest reporting from DC when it comes to Trump. Reporters just hate him so much. So the DC press corps is celebrating the Roy Moore win as a Trump defeat when the reality and truth are that Moore is the most Trumpian senate candidate in America today.

His race is not over, but the Democrats will mount little credible opposition. And when Donald Trump comes back to campaign for Roy Moore, Moore’s base will know Trump means it this time.