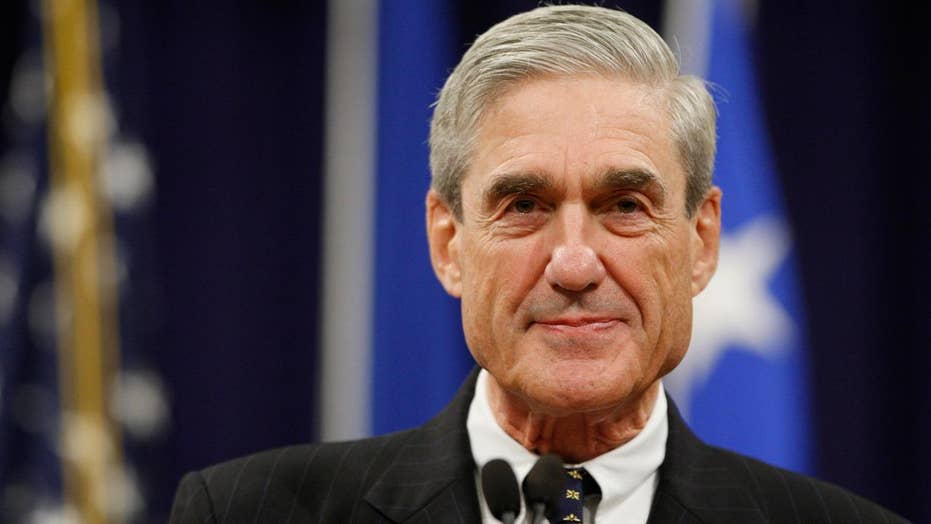 Mueller is a former FBI director; John Roberts has the roundup on 'Special Report'

The Department of Justice has asked former FBI Director Robert Mueller to come out of retirement and run an independent investigation of Russia’s efforts in our 2016 election.  Republicans should rejoice.  Mueller is a consummate professional who has a great reputation on both sides of the aisle.  But there are other reasons the GOP should be thankful.

First, that the Deputy Attorney General of the United States, Rod Rosenstein, asked Mueller to come back suggests the Department of Justice and White House are paying attention to growing concerns.

Second, it shows the Department of Justice is willing and able to act independently of the White House to affect justice.

Most importantly, however, it allows some breathing room between scandals.  Now, the White House can say they cannot discuss the matter because of the Mueller investigation.  Likewise, they can claim that any leaks must be false because Mueller would never leak.  They can dismiss a large part of the story out of hand.

All that makes the appointment of Robert Mueller a no brainer, but there is something more important going on as well.  The odds are that the Department of Justice would not launch this sort of investigation if they did not already have an inkling of there being no real issues with the president.  If they were really concerned about the president, they would keep this in house where they could exercise greater damage control.

Democrats have been railing on about the president, convinced he worked in collaboration with the Russians to steal the election.  There is no evidence of this, but Democrats cannot acknowledge what a terrible candidate Hillary Clinton really was.  So they bitterly cling to Russia, which is the Democrats’ version of birtherism.

Most likely, there will be no evidence that Donald Trump plotted with the Russians to steal the election.  After two years of Democrats claiming otherwise, this will be another cry wolf moment.  And that moment will come during the 2018 midterm elections.  Democrats will not be able to assail the credibility of Robert Mueller.  When he says the president did not do anything wrong, they will have nothing left.

That will open a path for Republicans to sow seeds of doubt about the rest of the Democrats’ message just as the Democrats begin melting down in rage against Mueller.  They will be unable to do anything.

Instead of fretting, Republicans should be reassured by the Mueller appointment.  The Department of Justice has just blown up a Democrat talking point that Jeff Sessions and those beneath him on the DOJ organizational chart were too partisan to ever do anything like this.  And once Mueller gives the president a pass, the rest of the Democrat arguments will collapse, too.  Maybe then they’ll finally come to terms with how bad a candidate Hillary Clinton really was.